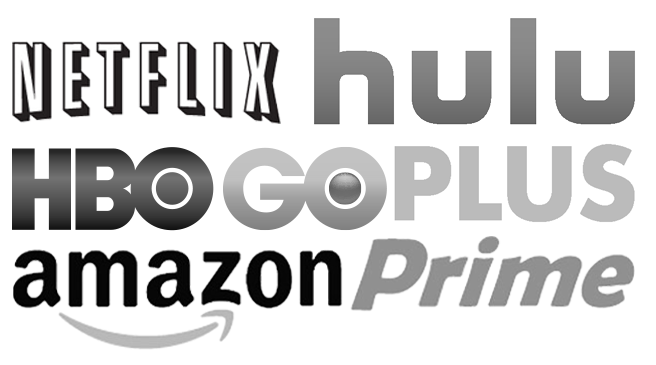 Over the past years, television has evolved and media has expanded to the point where viewers seek other outlets for different forms of entertainment, news and politics.

Subscription-based networks are a popular trend in today’s society where Netflix, Hulu Plus and Amazon Prime offer previously aired seasons of TV shows.

Accounts are made through the companies and allows people to connect their service through their device or caption. This makes it convenient for people to watch on the go or while they travel.

The shift to subscription-based platform brings up a bigger question – is network television still relevant?

Camera operator of BiteSizeTV, Tara McKinney, said that networks are changing. This allows the networks to grow and makes it the same experience as watching TV.

“Networks are offering their own subscription services like HBO and Showtime… and with share TV’s you can stream on your 50-inch too,” McKinney said.

Larger network companies are adding channels that give users exclusive movie and shows for a cost as low as $1.99 – $5 a channel. Although people can stream online, the networks provide subscribers with the same advantages they have on the Internet.

Many people believe that TV is relevant and that it’s not going anywhere. Television is accessible to people as it holds a purpose more than pure entertainment.

TV is a great way to get the family together to interact and spend time.

CSUN student Jadell Lee, said that TV is beneficial for families who are trying to bond and expand their family interests.

“The ideas of television continues to introduce the communal and traditional activity,” Lee said. “Technology may evolve that concept but at the very least it alludes to family.”

Viewers will tune into their favorite shows that they aren’t able to do online. The subscription-based media networks will run out of episodes or sometimes don’t have an individuals favorite show until the season is over on TV. This makes it the second source of entertainment to watch if you are trying to catch up on seasons.

Hulu or Netflix are popular resources to go to for the best shows, but since it is online and sometimes when you are not in the Wi-Fi range, the connection isn’t great.

“TV is so necessary. What else am I going to do on a Sunday afternoon?” said graduate student Symone Andrew. “TV is meant to be viewed on TV. I can’t with all the online buffering. I don’t watch TV online for that reason.”

However, as television evolves, people can watch it on their phones and on their laptops.

TV is, without a doubt, still relevant. There are just many other additional sources that allow you to watch TV elsewhere if you can’t watch it at home.

It’s not about one being better than the other, but the ability to have options of how you want to watch your favorite show.