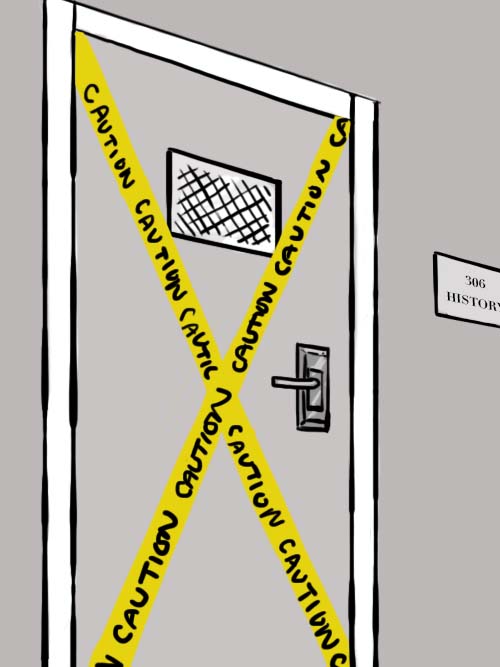 During a meeting held by the American Indian Student Association, members were asked about how they felt about the event that occurred at California State University, Sacramento.

On Sept. 1, Chiitaanibah Johnson, a Navajo/Maidu student, stood up to her professor after he suggested that what happened to American Indian people across the continent during colonization was not a genocide. Johnson was then reportedly expelled from class and the school’s provost said on Sept. 3 there would be an investigation.

Members of our organization were outraged and disappointed by how a fellow CSU campus handled the situation. CSUN is one of the most diverse Cal State campuses and has active ethnic studies programs. Conversations similar to this event occur. A majority of members disagreed that a similar event would occur at CSUN.

There have been events when a professor advertised false information about American Indians and students then went to the American Indian Studies Program to complain. From there the program director and faculty members have handled the situation.

At CSUN there are active clubs and programs that support students having different opinions and beliefs. CSUN is an accepting campus and supports all views from different cultures. Unlike a history book that supports only the view of the conqueror or colonizer.

This situation with Johnson and Cal State Sacramento Professor Maury Wiseman highlights the difficult reality that we as Native students face in university classrooms. When Native history and culture are taught in these classrooms it is often from the perspective that Native people no longer exist or are not capable of speaking for themselves.

When a Native student speaks out in a conversation that is defined by her absence, it is perceived as highly inflammatory. If the conversation is about something that American national mythology has spent many generations trying to deny – such as Native genocide, millions of acres of stolen land and countless racists laws and policies meant to target Native people – the words of a Native student are often downright explosive.

The words spoken by a Native student in a classroom like this calls out the racism of these engrained national mythologies are taken as a personal attack on the person, more so if it is a professor, who almost unknowingly believes these American mythologies. Such as Native people just disappearing, like the dodo, in the face of a more evolved European race rather than the fact that there was a constant effort to exterminate our people that continues to this day

If universities would stop pretending like the Native students in their classrooms didn’t have anything to contribute to the teaching of their own history and culture, it would help a lot.

Johnson disagreed with the teacher’s viewpoint and decided to do her own research to show that there is another side to the story. Is that not what we are supposed to do? In college we are challenged to view other perspectives; so why couldn’t the teacher listen to hers? It’s hard to believe that something like that could happen at a Cal State. We couldn’t imagine something like that happening at CSUN. Here at CSUN we feel that people are open-minded towards others’ opinions.

Some of us, in our experiences, have always been very timid about revealing that we are Native American, because people change their views and opinions once they know. A personal experience (that happened at CSUN) that completely shocked one of our members was in a business law class.

A professor asked if one of our members was Native and she did not want to raise her hand because she wanted to see where the discussion would go. The professor proceeded to discuss a case about Native American sovereignty and the knowledge he shared with the class was the truth. One student raised her hand and said ‘Well, it’s in the past why. Why don’t natives get over it?’

Our member was furious and wanted to raise her hand and snap back at this other student. Before she could, though, my professor explained that it is not in the past for these types of events are reoccurring. I was impressed with my professor’s response and knowledge that they had about Native Americans and certain local tribes.

After learning about Johnson’s courage to speak up, our member committed to never again being timid to raise her hand in class and defend her, our culture. If the same thing happened at CSUN as Sacramento state, we believe that the reaction would cause a large concern amongst students that have Indigenous ancestry.