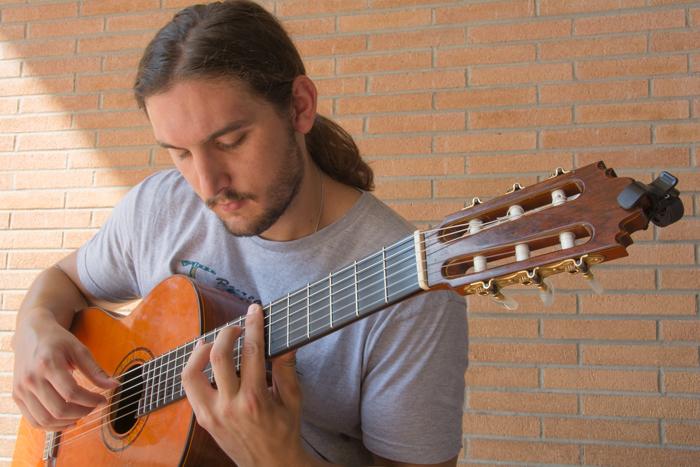 Garrett Bower practices the classical guitar outside of Cypress Hall regularly. The 23-year-old senior classical guitar performance major developed an ear for music when he was just 10 years old.

The heat was scorching, reaching in the triple digit range for the week. It seemed like anyone that was outside was beyond crazy and brave enough to withstand the heat.

But Garrett Bower, 23-year-old senior classical guitar performance major, sat out on a bench by Cypress Hall, serenading the hall with a Hector Villa-Lobos’ “Prelude I.”

“It’s a theme to his homeland,” said Bower about the song. “There are five preludes and each resembles the difference in each person.”

Bower has played music since he was 10 years old, first starting with the drums and then moving to his instrument of choice – the guitar. Pink Floyd’s “Dark Side of the Moon,” started his career and he has not looked back since.

Like what you hear? Check out Bower’s band at facebook.com/ascendancymusic