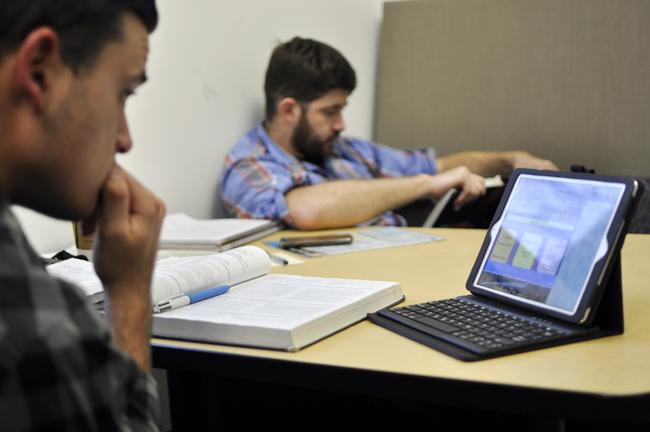 Apple unveiled the new iPhone 6s and 6s Plus, along with new payment plans, and the iPad Pro earlier this month. The tech giants announced a new payment plan that will allow customers an affordable way to upgrade devices annually as they are released.

By paying 24 monthly installments ranging from $32.41 to $44.91 a month, depending on the model and how many gigabytes are in the phone, customers can have the latest iPhone.

CSUN student Oliver Sandina says he would take advantage of the payment plan to have the latest technology.

“I just ordered the Galaxy Edge through Verizon on a monthly payment plan,” says Sandina.

The previous method of upgrading with a two-year contract would cost about $199.99 for the new iPhone 6s. When you use the monthly payment plan it equates out to $777.84 after 24 monthly payments of $32.41.

CSUN student Sebastian Guerrero says if it ends up being the same amount of money for the phone, then he would just upgrade annually. Many people may not know that the one-year wait between releases will save roughly $577.

According to their website Apple released the iPhone 5s September 20, 2013, then the iPhone 6 September 19, 2014, with the iPhone 6s set to come out on September 25, 2015. Releasing new phones every year puts their customers on a one year waiting cycle, if they are using the two-year contract as a way to get the discounted phones.

Meanwhile, the new iPad Pro boasts a 12.9 inch display that is significantly larger than the older 9.4 inch models, or the iPad Mini’s 8 inch display. The screen is the same size as the smaller option of their MacBook computers, which comes in both 13 inch and 15 inch options.

Screen size seems to be the main issue among CSUN students with the new iPad.

“If it’s bigger than the [biggest] iPads they have out now, I wouldn’t get it,” said Regner. “I would just get a laptop.”

CSUN student Duncan Buyrnes says he doesn’t think he would opt for an iPad with a 12.9 inch display saying “that’s like a laptop size they offer.”

“It’s good for artists,” said Siner. “I haven’t explored it enough, but the way they have been marketing it seems more for artists.”