We are not your friends 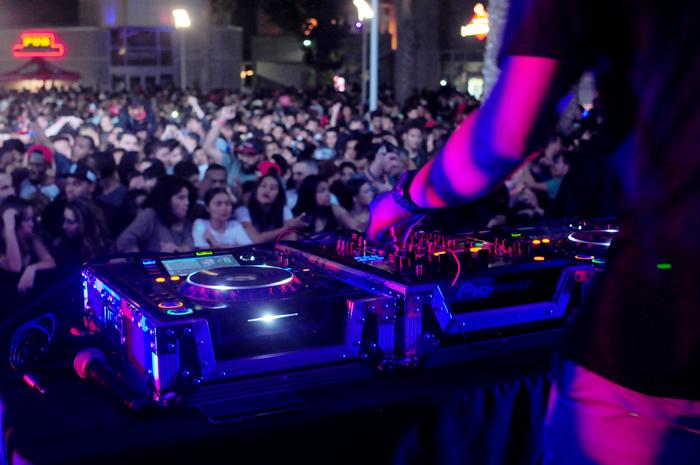 As the disc jockey culture continues to grow in popularity, it may come as no surprise that many young people have a desire to become DJs because the life that comes along with it seems like an endless party. However, it happens that all of that eventually fades away.

I understand that DJs need to have exceptional skills when it comes to their knowledge about technology because they need to mix all the right sounds together in order to allow their listeners to feel amazing and I respect that. However, I do not believe people should choose to limit themselves to only being DJs.

I can see why plenty of young people would want to become DJs. The way the life is glamorized in media, specifically in the latest movie flop “We Are Your Friends” starring Zac Efron. It also cannot be denied that all of the endless nights of music, parties, drugs and alcohol that come with the territory attracts plenty of college students. That’s why they attend festivals such as Electric Daisy Carnival and Nocturnal Wonderland. All of this, of course, is detrimental to your health, but no one really seems to care about this as long as it’s fun, right?

Along with this, some people see becoming a DJ as easy money. With big names such as such as Calvin Harris, Aviici, Skrillex and David Guetta making thousands and even millions off of one show, it’s no wonder why some people would view the life of a DJ as glamorous, but there is so much competition in becoming a DJ that it is nearly impossible to be discovered let alone get paid a decent amount of money for the tracks that one puts together.

The advancement of technology has also contributed to the rise of this trend because it has made it much easier for people to think that all they need to do is remix some music on their laptops and they can instantly call themselves DJs. As a result of this, many people who are actually serious about indulging themselves in the DJ culture end up broken-hearted because there is always someone out there who proves to be more talented.

This is why anyone who desires to become a DJ should at least have an alternative career to fall back on. With an education, it is much easier for someone to get a job if the dream of being a DJ is shattered. Although it may not be the most exciting thing in the world, finding that good alternative or at least a simpler, steady job shows a lot more promise than throwing everything aside by going out on a limb to become a DJ. That “party life” that almost everyone in their twenties seems to love dies out just as fast as it begins, but one can still potentially make it far in this beehive of a working world.

It is true that people who graduate with degrees don’t always get jobs after graduation, but who do you think will get hired first? People who received a decent education from a university or the others who don’t have a degree because they chose to become a DJ and not anything else?

I’m not saying people should not become DJs at all. If they want to become DJs because of their passion and love for electronic dance music, then I say go for it. Make people happy. Make them dance and have a good time. Give them that escape. I just hope that they do not make it the only thing going for them in their lives because when that dream eventually falls apart and dies unsteadily, then what are they going to do?