What to expect at Diavolo: architecture in motion 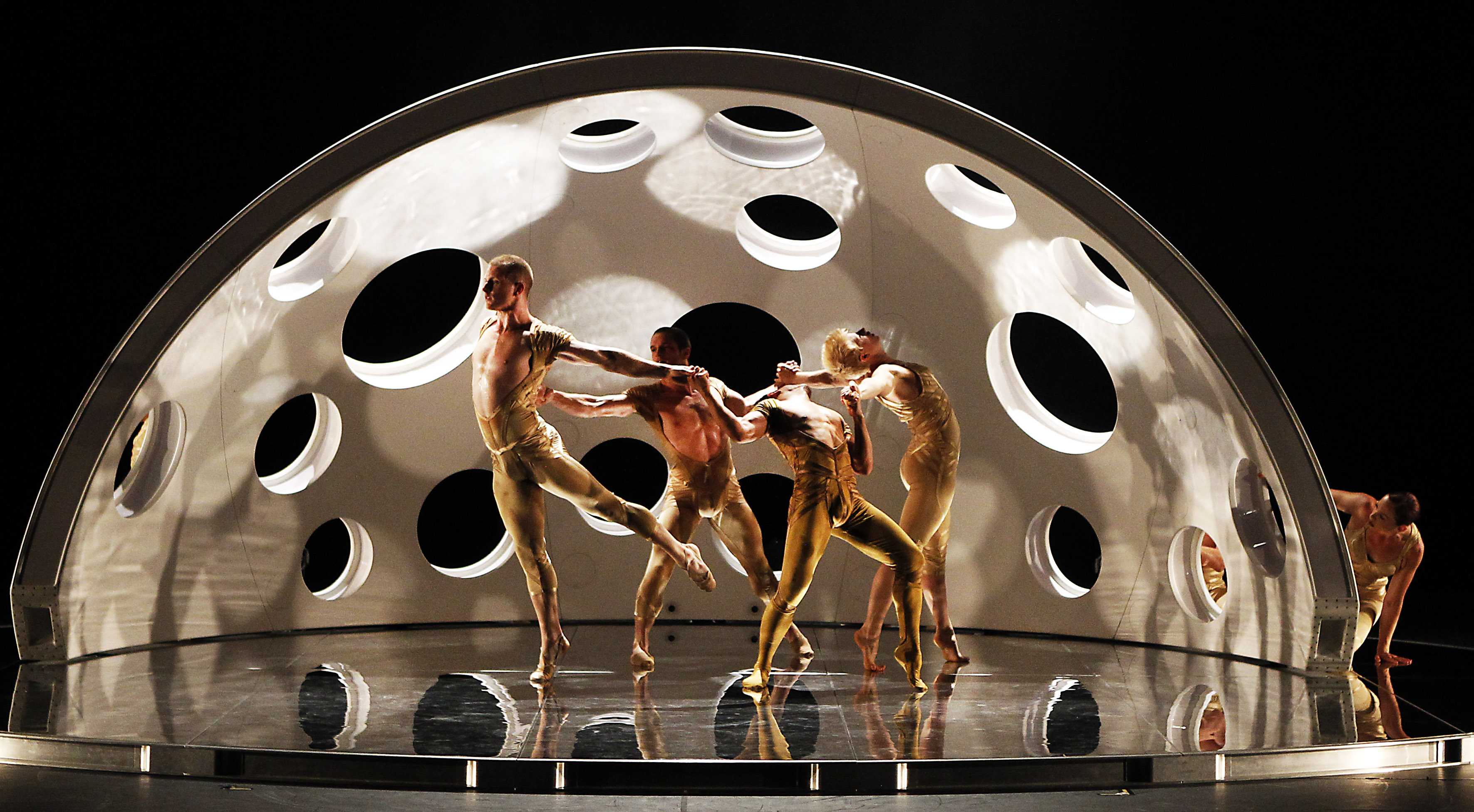 Architecture and dance, two things you wouldn’t imagine going hand in hand, unless you’re Jacque Heim. His visions of movement and lines are manifested in his dance company Diavolo: Architecture in Motion, and the Valley Performance Arts Center is to showcase their work this week.

What architecture in motion is:

Diavolo, which was founded in Los Angeles in 1992, has been compared to Circe de Soleil, circus acts, and ballet, but Heim argues that its nothing like those whatsoever. The real answer lies within the mind of Heim. From an early age he had an immense fascination for geometric shapes and environment.

“The French love eating croissants in the morning, I love architecture,” said Heim, but he admits he’s never had the discipline to sit behind a desk and actually do architectural design or engineering, but movement and dance he knew, so he found a way to combine his one passion with the other. “Architects have the same language as choreographers; talking about space, mood, pattern, motion, our environment, lighting and textures,” Heim explained while wafting and waving playfully, like an excited child on Christmas day with a hint of mischief.

He continued to describe passionately how he believes architectural structure affects the human condition,“As soon as you put structure around humans it reflects on who they are, on their weakness, strength and thinking process, that’s what I’m interested about.”

The root of his interest, and the seed of this art seem to be existentialism, or even spirituality; the question of God, our existence, the reason of our origin, and what we are moving towards. The type of questions most of us ask ourselves at one point or another, especially young students trying to find their place in this world.

Marketing director of Diavolo, Chisa Yamaguchi had her first encounter of the troupe as a student herself during her years at UCLA, and from her experience as a young spectator she felt it was more than a dance performance, “It was a lifestyle and career path,” Yamaguchi said, and hopes the students of CSUN will have the same experience.

“The performances should be viewed as a monumental event, inspiring students to work hard and follow their path,” said Yamaguchi.

Another interesting point that connects us closer to Diavolo is that the troupe has invited CSUN’s own students to participate and be part of the performance. When I went to VPAC for the interview with Heim, they were just wrapping up a master class that the company had offered our students. Diavolo has been residing on our campus for the last month, and as a preview for their upcoming show, they set up a dance performance inspired by the skateboard culture, in the beginning of the month by Sierra Quad.

“That’s one of the things we want to do with VPAC, is figure out ways to integrate the artist that we present on stage and their professional capacity with student and campus life,” said Terrence McFarland, associate executive director, in regards to the CSUN student body’s interaction with Diavolo.

The reason Diavolo is performing at CSUN’s campus in the first place, Yamaguchi said is because of VPAC’s executive director Thor Steingraber, whom has been a long time fan of Diavolo. Steingraber has wanted a colossal event, and believes this will fill that goal, according to Yamaguchi. The performance will for the first time be accompanied by a live orchestra, and on a stage like VPAC it will most likely be a magnificent experience, as the walls of the theatre are custom made out of the same wood guitars are, for better acoustic.

It’s been a dream for Heim as well, he raved about VPAC, saying he has always wanted to stage something there, and expressed that it is one of the most beautiful theaters in Los Angeles.

See Diavolo: Architecture in Motion on September 19th and 20th at the VPAC.