You can choose the state, but the state chooses no one 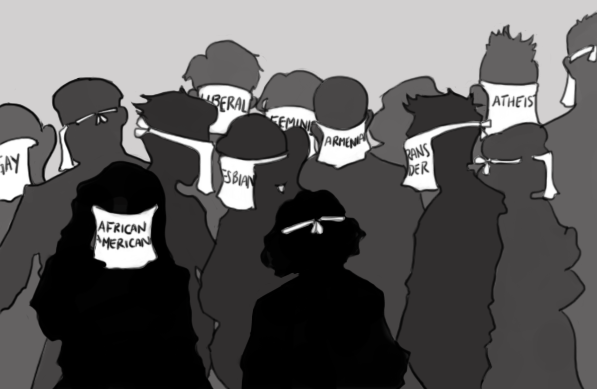 Being both a coastal and border state, California has incoming immigrants and tourists and of course, everyone has something to say.

California is one of the largest states in the United States of America. Unsurprisingly, it’s the most populated state, encompassing over 12 percent of the U.S population. I moved from a mountainous country near southeast Europe and found it hard to adjust to the tropical climate of Southern California.

The irregular and often spontaneous weather in California is a topic of scrutiny for people, but it’s not exclusive. People complain about the food and the people. However these two worst contenders tend to be compared with the food and people of their home state or native country, and the constant degradation of the state they live in.

I see these last two as the worst because they bring out hypocrisy in people. Many of you may have acquiesced to friends who can’t get enough out of complaining about this state’s uniqueness and diversity. It’s disturbing and it gets tiring fast.

The worst part is, simply complaining about a local culture is not enough. They first refuse to conform to the local cultures, and tend to force their own fears and prejudices to other.

The main perpetrators usually come from conservative backgrounds back east, north or south. The care-free attitudes of native Californians tend to hit a soft spot on these types of people.

People take the idiom, “ignorance is bliss” to a whole new level. They wrap the ignorance around them like a blanket and even when they are faced with irrefutable proof of their wrongdoing they ignore this. California is seen as a bastion for those that pursue the “freedom of expression.”

When people stomp on the ideals that people of this state have worked hard to expand and pursue, it’s incredibly insulting. This is true when you compare people from our sister states and those migrants that came from overseas.

Most immigrants from overseas, such as my own family, whilst having conservative and varying points of views, try two things when they move homes. They try to embrace the “land of the free,” and then if things go against them, they conform to those ideals.

This is a country that with no obligation to help and has accepted them into the fold. This is why we have partitioned parts of our cities with names dividing each other such as “Chinatown,” “Little Armenia” and “Koreatown.”

These communities tend to stick together and not forget their roots, while they accept the community around them.

Why is it hard for us to accept each other when we are at each other’s doorsteps? At the same time, distant people have success in creating a synergy amongst themselves. Why is that? The main point here is this – change is inevitable.

It’s neither productive nor feasible to try to deny change in a place where it happens on a daily basis and is even recommended by law. Many, faced by such a dynamic environment, are fearful for their sense of individuality and are sometimes overwhelmed. Take note from our international peers and try to make the best of both worlds.

There is no understandable reason to be hateful of something you do not understand.