Mantee Café: Cozy decor, but that’s about it 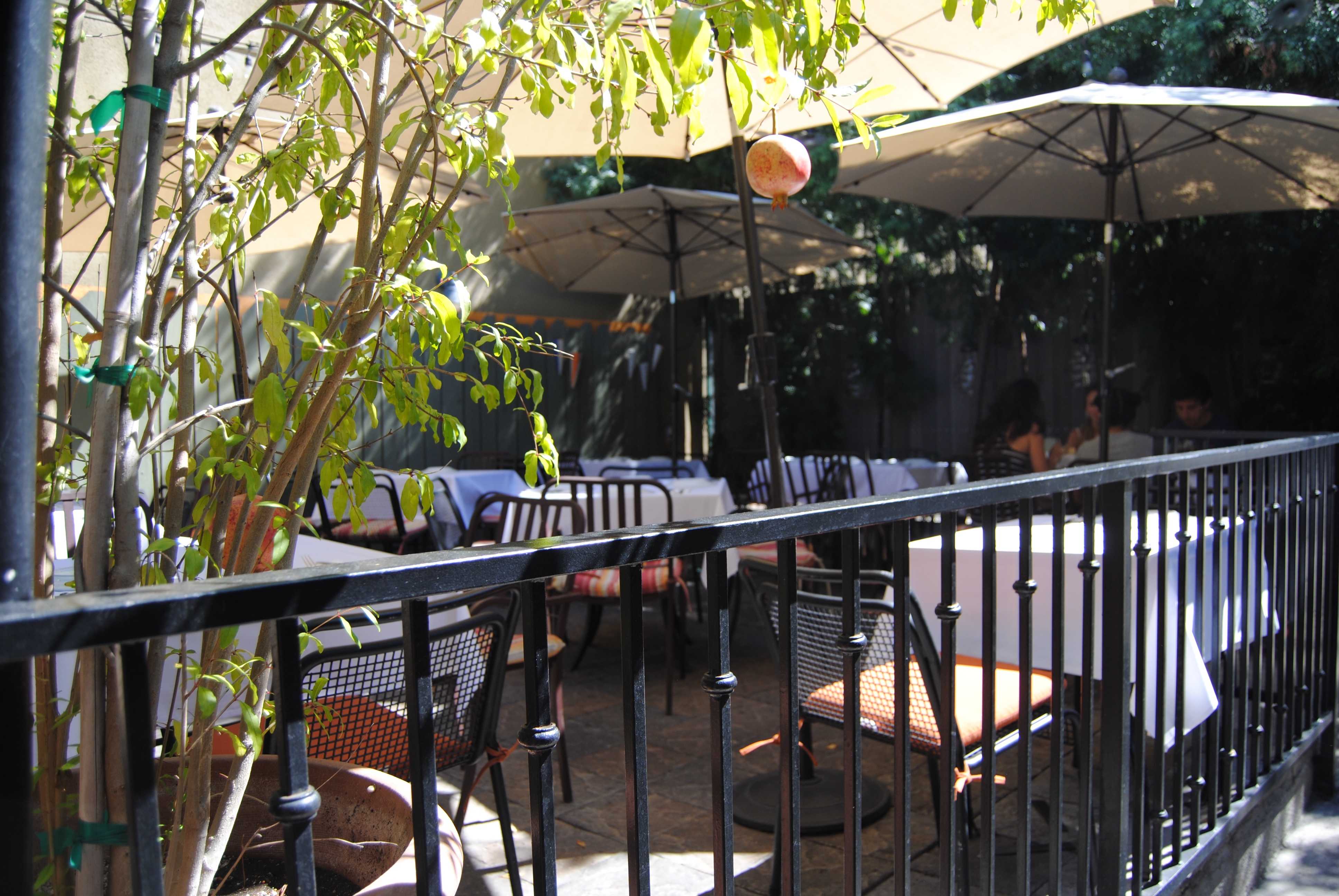 Every now and then you might stumble upon something that other people will rave about, and at first glance you might understand why. But if you look a bit closer, you start seeing the flaws, and once you notice one, along comes the rest. So was the unfortunate situation with Mantee Café.

What catches your eye first is the advertising easel in front of the restaurant saying “good Mediterranean food experienced in cozy back patio”. Cozy it is indeed; in fact, the entire restaurant has a romantic and home-like feel to it. It’s a place you want to bring your lover to, or your parents, or both.

The front part of the café recalls old, southern European-style restaurants. The back has a romantic-inspired décor that makes you feel like you’re at your grand-mère’s cottage in south of France, whether you are French or not. The patio follows these themes and has a peaceful presence with a little water fountain against the wall, surrounded by flowers and fruits. Seeing all of this, I found myself thinking about all those loved ones I would like to bring with me back here one day — until I ordered the food.

The waiter seemed distracted and unusually serious; if I didn’t know any better, I would think it was a crazy day at work with 20 other tables to serve, but there was just one other at that time.

What occurred to me the second time I glanced through the menu was that the food wasn’t particularly Mediterranean. For those who may not know, the regions of Italy, Spain, Greece, Portugal, and, recently added into that category, Cypress and Croatia are all considered Mediterranean. Mantee Café mainly serves different kinds of hummus, tabouleh, and kebab skewers.

This all sounds Middle Eastern to me, and understandably so because the owners, Rafi and Silvia Gabrielian, are an Armenian-Lebanese couple. And there is not a single Mediterranean on staff. However, the restaurant was so enchanting that I gladly ordered two of their popular appetizers anyway.

Let’s start with the Hot Feta — oven-baked seasoned feta cheese topped with tomato and jalapeno. Fifteen minutes after ordering, I got a small plate of the feta with four weirdly chopped tomato pieces, no jalapeno in sight. I asked the waiter about this, upon which he offered a small bowl of chopped jalapeno on the side. The flavors were decent, but the poor presentation, especially for its price, docked off points for this dish.

Next up was their famous Mantee, originally an Armenian/Middle Eastern/Asian dish that consists of noodle dumplings filled with seasoned red meat and topped with garlic yoghurt. The dumplings in my dish were stiff as old pasta, even though they were drenched in red sauce and the garlic yoghurt on top of that. The meat inside the dumplings were dry as well.

When asked what items he thought drew customers in, the waiter, Marko, answered bluntly “food,” and quickly disappeared to the other table.

The chef, Rico Fernandez, has been part of the restaurant since its opening five years ago. He was a bit more cheerful and said the Mantee was one of the more popular dishes.

With over 500 reviews on Yelp, the majority of them rating the restaurant 4–5 stars, I was lost in confusion. Maybe the entrées are better? Maybe the staff was having a bad day? Could the heat wave have gotten the best of them? I don’t know. What I do know for certain is that, if I ever came back to this place, it would be to sip on a glass of wine or two with a loved one on their cozy patio to forget this whole experience.