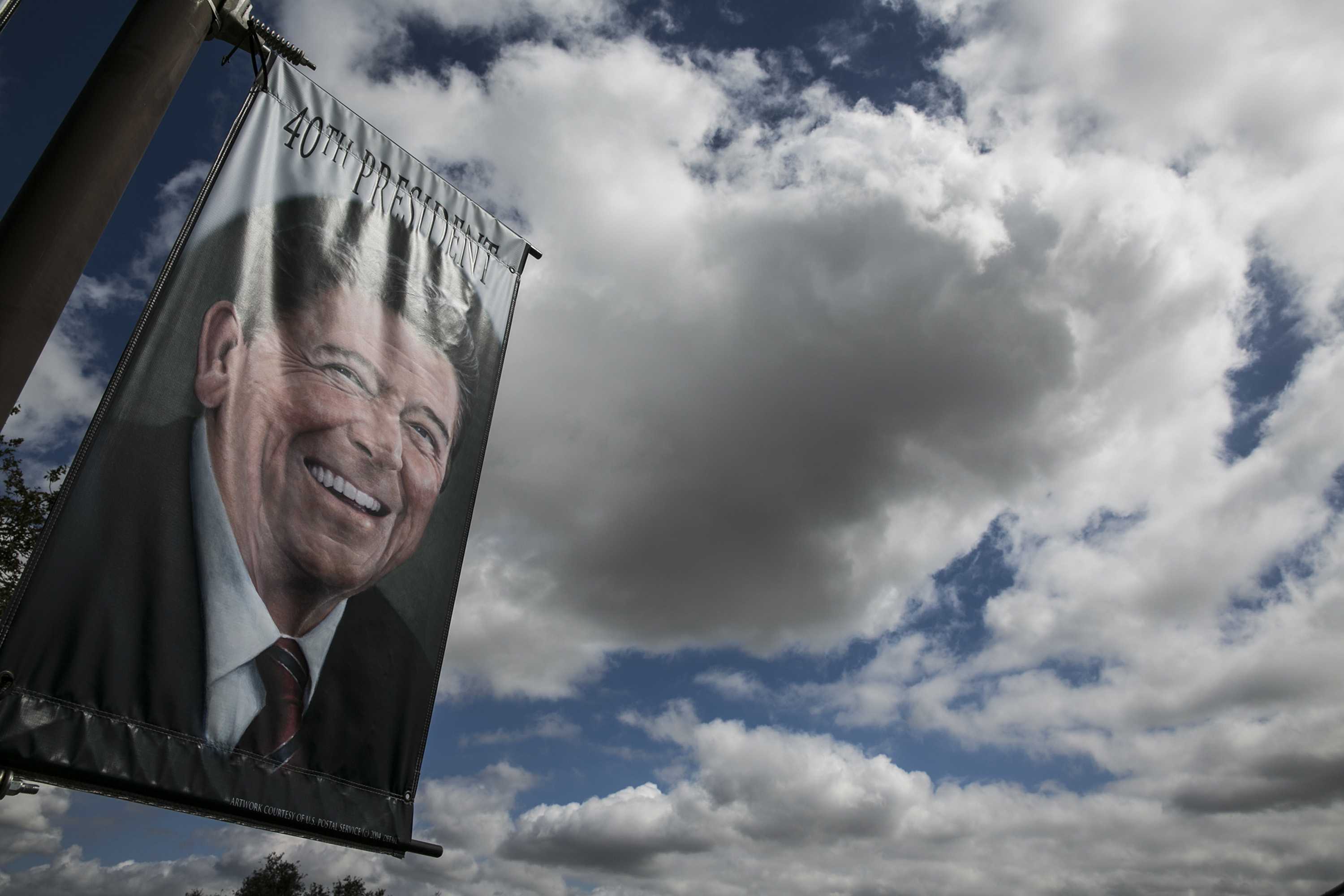 Welcome to the second GOP debate, sloppy and painful. I was surprised to make it out alive. This debate symbolized a cresting high as the craziness commenced, until it met its undeniable climax evoking God, presidential code names and Ronald Reagan.

The 11 candidates stood before Reagan’s iteration of Air Force One within the Ronald Reagan Presidential Library. They all quickly started to endure the California heat as they squabbled with each other over numerous topics, such as whether or not the other 10 candidates would feel safe with a “President” Trump knowing the nuclear launch codes.

Kentucky senator Rand Paul was heavily critical, and he was rebuffed by Trump, who gave a sideswipe at Paul’s looks. Although an admirable opponent for these other candidates, Paul’s smirk serves as the weakened shield that a worthy candidate such as him does not need. He reached far into his libertarian roots, but they were trampled by the über-conservatism of the remaining ten talking heads who all want to rule the land I walk on.

None of the candidates presented what could be called “professional” or “presidential.”

I cannot understand what was so convincing about all of the men and Carly Fiorina when they discussed women’s health and relating it to North Korea, or former Arkansas governor Mike Huckabee comparing married gay couples to the religious fundamentalists at Guantanamo Bay.

No mention was made about Black Lives Matter, and the emphasis on faith would not leave the debate stage. I remember my reaction (and tweet) when Huckabee equated the paramount words of Thomas Jefferson about judicial tyranny to the marriage equality decision. I thought to myself that Jefferson also helped lead the groundwork for James Madison to craft the First Amendment, which included the ever necessary “separation of church and state.”

Ted Cruz, the freshman senator from the widespread state of Texas, could not contain doing what appeared to be a never-ending impersonation of Reagan. From the speech patterns to the Mitt Romney-esque body posture, Cruz’s chances of becoming the front-runner, then the nominee, are conceivable in a reality without outsiders.

Also, go back to how Cruz pronounced the late Ayatollah Khomeini’s name. The emphasis on each syllable resembled an incantation, calling upon some sort of spirit.

One can enjoy New Jersey governor Chris Christie telling magnate Donald Trump and former HP CEO Carly Fiorina that their records as business leaders do not matter. But the attempt was small compared to the frustration and ruthlessness displayed by the 11 candidates. Not even the pre-debate with Rick Santorum, Bobby Jindal, George Pataki and Lindsey Graham was as verbally violent as what the nation witnessed.

As for neurosurgeon Ben Carson, he submitted to the factually incorrect idea that vaccines cause autism, and he met a harmony with Trump, who had said that children should take “small doses” of vaccinations over time. Why the moderator, CNN’s Jake Tapper, did not exhume Carson’s inaccuracy is beyond any serious cogitation.

Jeb Bush, former Florida governor, son and brother to two President Bushes, defended George’s legacy when confronted by Trump. Bush argued that his brother kept this country safer than Obama, a thought which must have angered anyone who saw the first decade of the 21st century as a failure.

And keep calm, for Bush openly shared that he smoked marijuana 40 years ago. If he believes this will propel him in a progressive direction with voters outside of the right-wing constituency, a lá Bill Clinton’s “I did not inhale,” I think he should defend his brother less and promote nonintervention more.

Florida senator Marco Rubio, prepared with a water bottle, sweat his way to appear outgoing compared to the shouts of Christie and Trump and the stern glances of Bush and Fiorina. However, his senatorial condemnations held him back from looking like a man who’ll have his hand on an old Bible next January.

Yet even Rubio’s misleading reaction to questions about climate change were, as expected, muddled and uninformed. He said before that he’s not a scientist and cannot judge on the facts, but this era of scientific ignorance is the antithesis of what some of the founders imagined, respectively the scientifically inclined.

Wisconsin governor Scott Walker, the conservative darling who was once widely considered a powerful front-runner, also sweat his way by referring to his record fighting off unions and his love of Harley Davidson. Walker made an effort to describe why troops needed to be sent back to Iraq (a presidential query that must be off the table after an unpopular war).

Former Ohio governor John Kasich went further right this time, but all of his unsteady arguments stumbled over when he was asked the ludicrous question of what female figure he would have placed on the 10 dollar bill. His answer: “Mother Teresa.”

Kasich said she “lived a life so much bigger than her own.” Having researched the former Anjezë Gonxhe Bojaxhiu, all I ask is for Kasich to not look up to figures who have been wrongly perceived as saintlike heroes and have damning actions that are always swept under the rug. I ask this when it comes to who is on the 20 dollar bill, president Andrew Jackson.

After much deep thought and several hours looking over who the “winner” was (cough, Fiorina, cough), I cannot help but see this mess of a 3-hour debate as a harrowing presentation of what used to be the honorary tradition of running for the office of President of the United States.

It was not the last stand of Trump, or a victory for Fiorina. What happened in the Air Force One Pavilion of the Reagan Library was the circus bloodying itself. With the absence of former Texas governor Rick Perry, the thoughtless rhetoric is reaching a new verge.

The maxim of “A republic if you can keep it,” said by Ben Franklin, is what tows the honorable line set so long ago. So we wait and persevere.