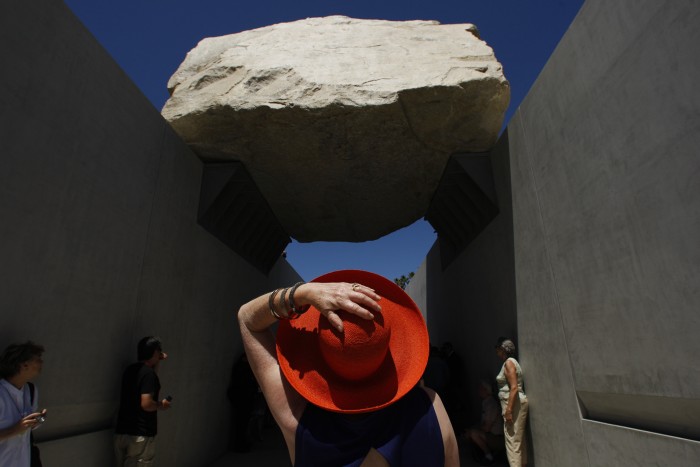 The Lady From Shanghai

As per usual, CSUN is hosting a movie night every single wednesday to look back at the astounding career of actor Orson Welles. Thursday they’ll be showing The Lady From Shanghai that was known as one of the great film Noir, a must see!

It would be hard to encounter anyone who doesn’t know the name Marvel, its a household name by this point in time. Well, the head of their TV department, Jeph Loeb, the creator of shows such as Smallville, Lost, and Heroes is going to be here on campus as a speaker.

For those of you environment activists, Urban Planners, or just those who are curious about the drought this is for you. Rajendra Singh will be lecturing about his book which focuses on water resilience. As we know here in California we can use all the smart ideas we can get!

“When their car breaks down in a snowy forest, a band decides to create a heavy metal–themed amusement park,” according to the LA Weekly. Originally made in 2012, this play has been rather popular as it keeps popping up everywhere, seems like it’s worth a shot.

Originally this exhibit was an open space that was easy for people to walk in and out of. There were multiple sculpture imitations of masterpieces to imitate wealth. Now it’s a store front that can be walked through running with the same feel of imitating wealth.

Mariinsky Ballet rivals the Bolshoi Ballet, and stars polished dancers that demonstrating five-star technique and having synchronized dancers. Alongside the Mariinsky Orchestra, Costa Mesa will be enchanted with scores from Alexander Glazunov.

Segerstrom Center for the Arts

Shamir has a tenor voice which can be mistaken for a falsetto. He grew up listening to jazz and rock. With his friend Christina Thompson,  Bailey created the indie pop duo, Anorexia.

October is coming in close and with it comes fall, and bloody horrors of course. For those who’ve grown up around L.A. this is all too familiar and exciting (or terrifying) time!

Hassan Hajjaj’s “My Rock Stars Experimental, Volume I” showcases footage of nine musicians making their craft on patterned fabric and draped in the artist’s own costumes. The artist filmed each footage and is exhibited on the third floor of the Ahmanson building. ?

“Levitated Mass” is Michael Heizer’s 45-years of hard work blend of in modern art and Protestant work ethic.There is this exhibit at LACMA, which is a gigantic 456-foot-long, 340-ton chunk of granite that sits above a walk way. The exhibition is dedicated to the memory of philanthropist and children’s activist Nancy Daly, which makes perfect sense given the fact that many creative discoveries come from children playing with rocks.

Put your Hands Together

Nothing better to help the mid-week blues than to laugh is there? Well fortunately only on Tuesdays, hosts Cameron Esposito and Rhea Butcher put together a hilarious lineup of comedians for to enjoy. Who knows they may make it big one day and one would have witnessed when they we’re still new

Professor of instrumental conducting and director of the CSUN Symphony John Roscigno will lead the CSUN orchestra in its season-opening performance, featuring a world premier. The symphony will play works by Beethoven, Schubert and Sibelius.