Strong Bronco defense too much for Matadors, as CSUN loses 3-1 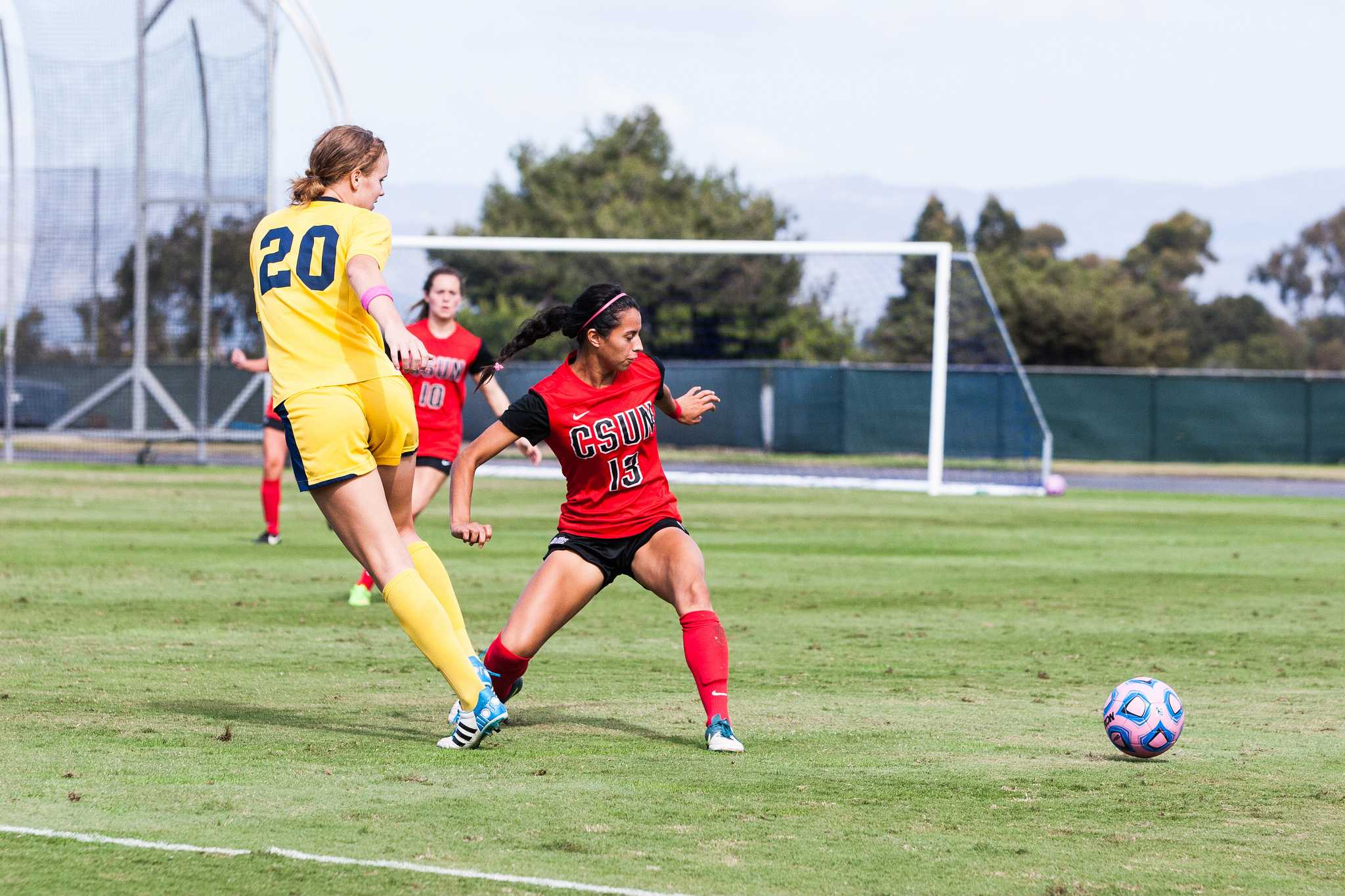 The Matadors road woes continue, as they fall under .500 on the road this season after losing to the Broncos. Photo credit: File Photo/The Sundial

The California State University, Northridge women’s soccer team suffered their second loss in the past three games as they were defeated by the Santa Clara University Broncos, 3-1, on Friday night at Santa Clara.

The loss also drops the Matadors to 2-3 on the road this season.

The first half saw the Matadors in unfamiliar territory this season. In the Matadors previous two losses, they had only given up one goal prior to halftime. In this game however, they gave up two goals in the first half and found themselves starting at the biggest halftime deficit they’ve faced all season.

CSUN’s first attempt to score came at the five minute mark of the first half from senior midfielder, Lyndsey Preston. Her attempt was saved by the Broncos senior goalkeeper, Andi Tostanoski.

The Broncos would strike first at the eight minute mark on a goal coming from junior forward, Jenna Roering, her second of the season.

Just a few seconds later, CSUN would try to answer with an attempt coming from senior midfielder, Tabitha Dickson. Her shot would also be saved by Tostanoski. Another attempt to score came a few minutes later by junior midfielder, Kourtney Kutscher but that was blocked.

Santa Clara would strike again at the 22 minute mark off a goal from junior midfielder, Julie Vass.

The Matadors had multiple opportunities to get on the scoreboard but were shutout in the first half behind a strong defensive performance by the Broncos. It was a reversal of sorts for CSUN as defense has been their strong suit in each of their wins so far.

Tostanoski continued her standout defensive performance, stopping sophomore midfielder, Ariana Tran’s goal attempt for her third save of the half.

The Matadors attempted a couple more goals in the final minutes of the half, the attempts coming from senior defender, Kendall Moskal and sophomore midfielder, Kiley Norkus respectively, but each shot was blocked.

The second half was much of the same for the Matadors as they were unable to find openings in the Bronco defense. Tostanoski would record her fourth save of the game only minutes into the second half, thwarting a shot by junior defender, Nicole Thompson. She had her fifth and final save of the game at the 73-minute mark, this time stopping another Dickson attempt.

At the 76th minute mark, a crucial CSUN foul led to a penalty kick for the Broncos in which senior midfielder, Dani Weatherholt capitalized on the opportunity and kicked in Santa Clara’s third goal of the match.

CSUN would finally register a goal at the 88th minute mark as Dickson would finally connect on an attempt. The goal was assisted by junior defender, Briana Geffre. By that point however, the game was already decided.

The Matadors will attempt to get back on track on Sunday afternoon in another road game against San Jose State University. Kickoff is at 1 p.m.