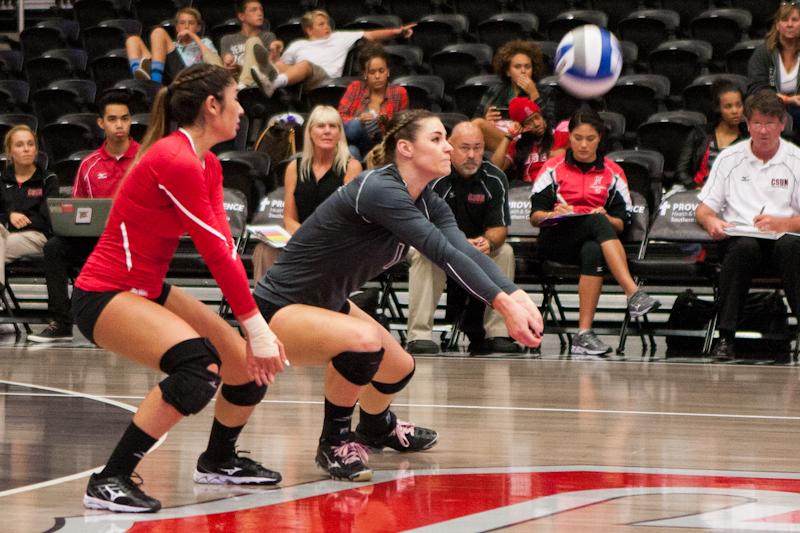 Although the Matadors played better than they have of late, they still could not overcome New Mexico's attack. Photo credit: File Photo/The Sundial

Hitting just .118 in the first loss, the Matadors turned around the second controlling the game at 22-21. But the Lobos brought three straight kills to take set point (24-22), but a kill from senior outside hitter Cieana Stinson, block and Lobo hitting error returned the lead to CSUN giving them set point (25-24). A New Mexico block then tied the game at 25. Back to back Lobo points turned over the set.

However, in the final set the tides were turned when the Lobos out hit the Matadors .258 to .115.

Stinson also added three digs and a pair of solo blocks, making her only 41 kills away from 1,000.

After another loss, the Matadors will play their final two games of the Lobo Invitational Saturday, taking on LSU at 10:30 a.m. LIU Brooklyn at 5 p.m.