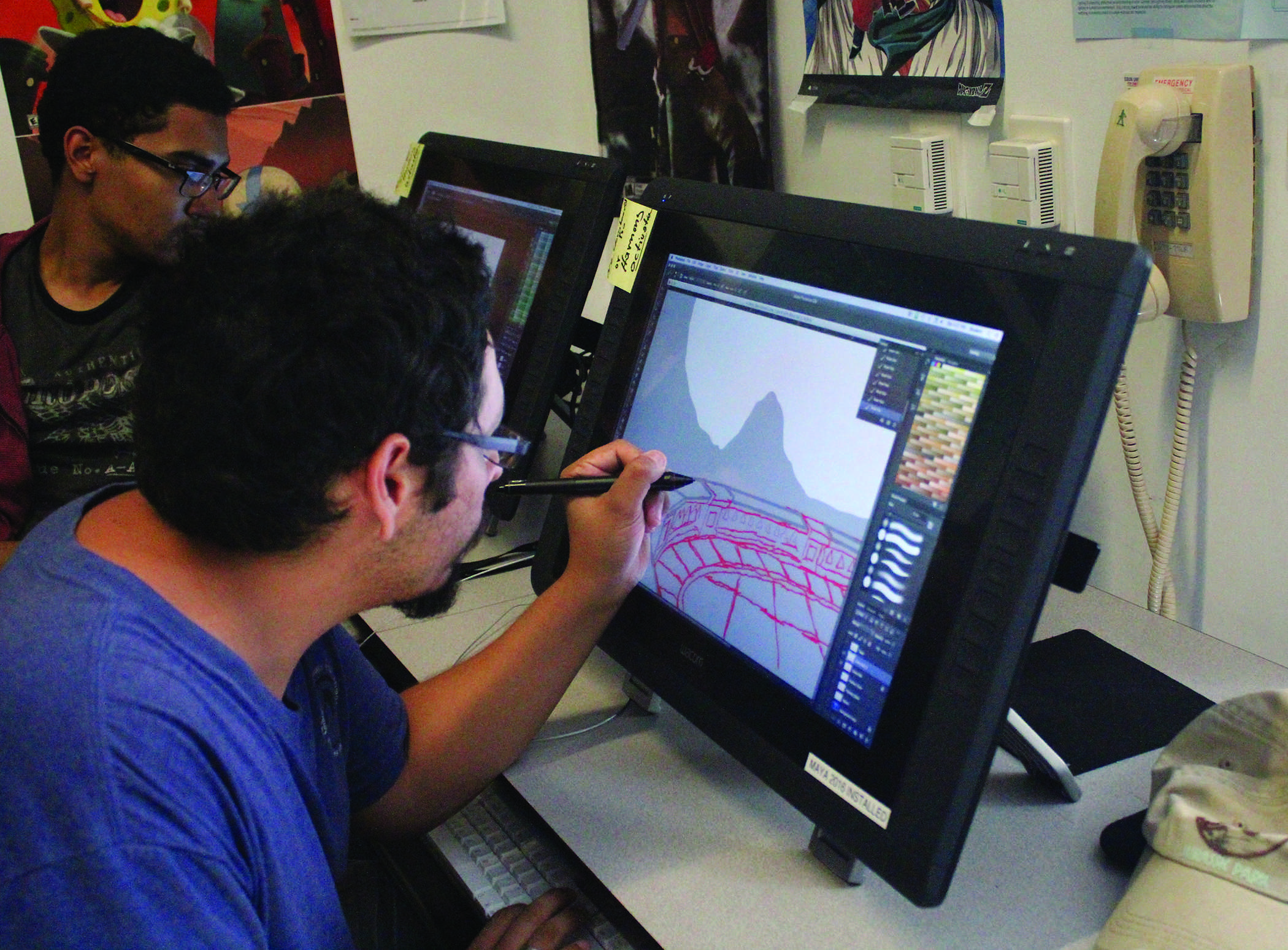 From designing characters for video games, or designing storyboards for animated cartoons, an animation student has to adapt for a world that demands both.

The CSUN’s animation department is ranked 15th in the Animation Review’s top-25 animation schools in the nation and the animation club was a huge reason for its success. The club helps prepare students delve into the industry with quality education and information about software that rivals top schools in the west coast like USC and UCLA.

“You can just go to classes, go home and practice on your own, but what I really like about the club is that you really meet people who specialize in different things and who know different things,” Wegner said.

Wegner said that faculty are helpful during meetings and students become close with them. Another attraction of the club is that they receive access to programs, which is helpful because a lot of it is stuff they don’t particularly learn in class or would have to pay a lot of money to learn it elsewhere.

Jody Singleton, CSUN senior, has been a member of the animation club for one year and is the student ambassador. She was a lead volunteer at the Creative Talent Network Animation Exposition, one of the biggest animation expositions in the country. As an ambassador, Singleton reaches out to people in the animation industry and those in the workplace who come to CSUN.

Singleton said both the students of the club and department are hungry to learn about their field and their passion allows for improvement.

“I’ve really enjoyed my experience at CSUN and I think we are in a growing stage so it’s hard and it takes a lot of work,” Singleton said.

She believes the department has the potential to continue growing.

The animation club has a limited work space because the two available classrooms are not always available.

Singleton said despite these issues, the members of the club are hungry artists who are willing to attend events and participate. Having students be enthusiastic helps with attracting others as well.

The faculty also plays a large role in helping students as they are committed and bring in their piece when they can because they have lots of great connections and great experience.

President of the animation club Bryan Quebral said the club has grown and continues to influence students who wish to pursue different kinds of animation.

Though the club has active members from various areas of animation, a main purpose is to bring guest speakers from the professional world and speak to students about future opportunities.

Some guest speakers include employees who’ve worked for well renowned companies. They come to campus and give lessons on background design, animation development and how to start from scratch.

“This semester we are having Sony come in,” Quebral said.

Guest speakers are crucial to the students because it gives them an impression of the industry. Last semester the club had a guest speaker from Pixar come in and talk about “Inside Out.”

The club focuses to bring in at least four guests per semester. It varies and because the classes at CSUN don’t teach everything, they bring in people who will teach outside out the field.

Lack of funding is what mainly holds the department back. Quebral hopes to find those professionals to teach and go in depth on certain software.

Guest speakers also teach professional etiquette and freelancing. They teach how to promote in the freelance world and how to behave in the field of art.

During the meetings students have workshops that are run by peers where students recommend what they want to learn. Programs like Photoshop are taught at both a beginning and advanced technique level.

At the CTNA Expo, students were able to get a table and advertise the animation program and university.

Later in the semester Quebral plans to introduce Maya, a 3-D animation software program that would help new and incoming students. He hopes to teach and help students integrate the software into their art.

The club will also hold a new officer position called the industry researcher, which will search for all the opportunity research, including finding internships, scholarships and looking into the news and how or what companies look for.

Anyone is encouraged, regardless of majors, to join and learn animation.

“With regards to the club, most people think they have to draw or be animation majors to join the club,” Wegner said. “We don’t require that and it really helps that we get people from other majors to share their perspectives.”