Things get trippy at the Los Angeles Psych Fest 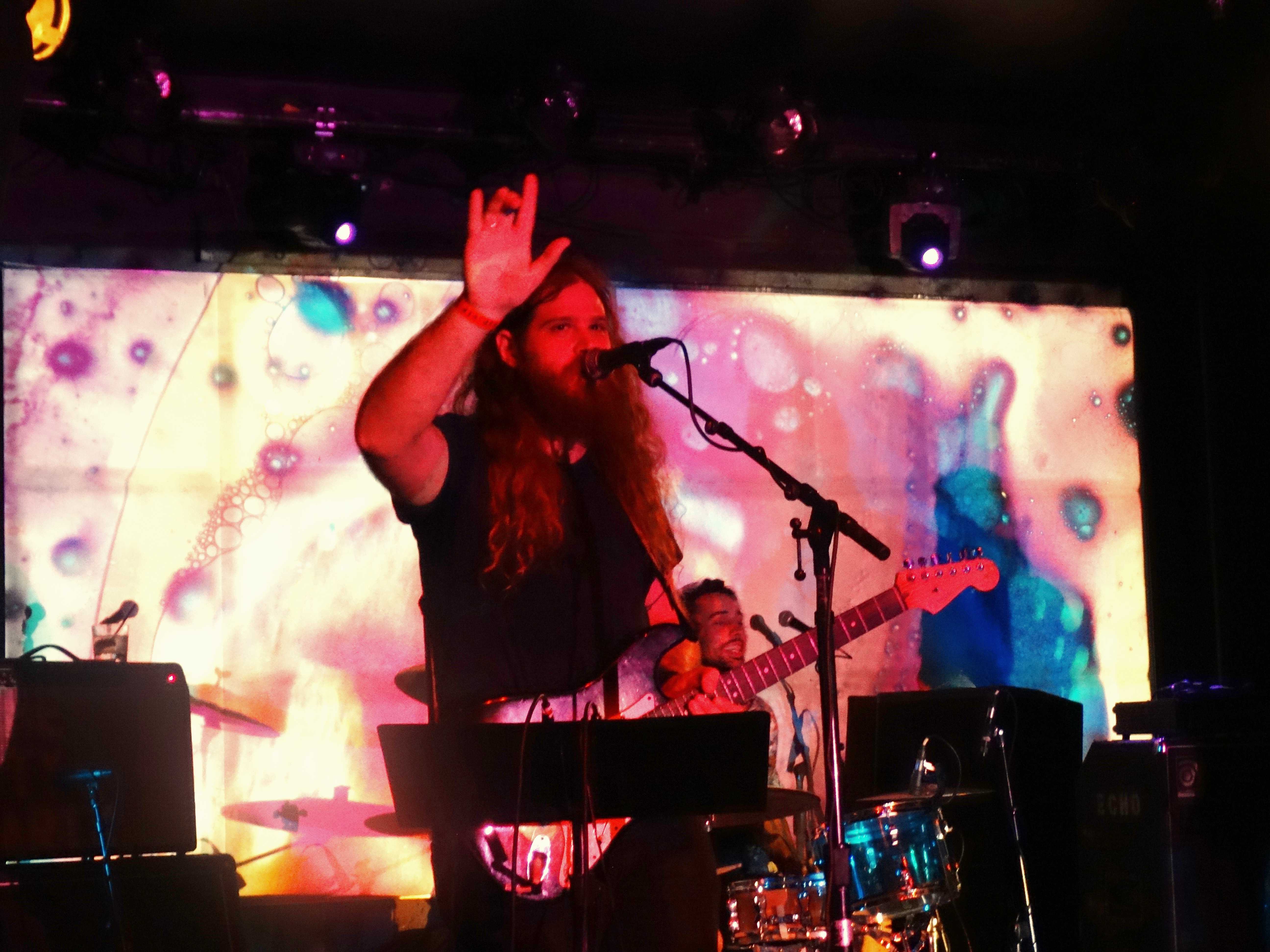 Noise rock trio Jjuujjuu brought the audience to their feet for the entirety of their set with bold apocalyptic rock. Photo credit: Jake Tully

These days, the term psychedelic music seem to be buzz words thrown around to entice twenty-somethings to unload their cash into and brag about it later despite having little clue what psychedelia truly is.

Thankfully, the L.A. Psych Fest dispelled some of the myths of the so-called psych craze and provided some true to form psychedelic music and culture this weekend.

The Echo and Echoplex transformed into a veritable southern California version of the Fillmore, offering hallucinatory ink blot light shows and surreal sounds from the counter culture music scene.

“I know there’s a lot of definitions for the word psychedelic, but in my mind the less effects and technology an artist uses, the more psychedelic it is,” said musician Guy Blakeslee. Blakeslee was among many musicians of Sunday’s events at the Echo who employed unique modes of performing, using a Mongolian singing bowl to underscore his warbling lyrics of bizarre revelations.

“This entire day has been so strange and unpredictable but I love it,” said concertgoer and Echo Park native James Nissen. “It’s refreshing to have a day of weirdo music where the musicians really get into being freaks.” 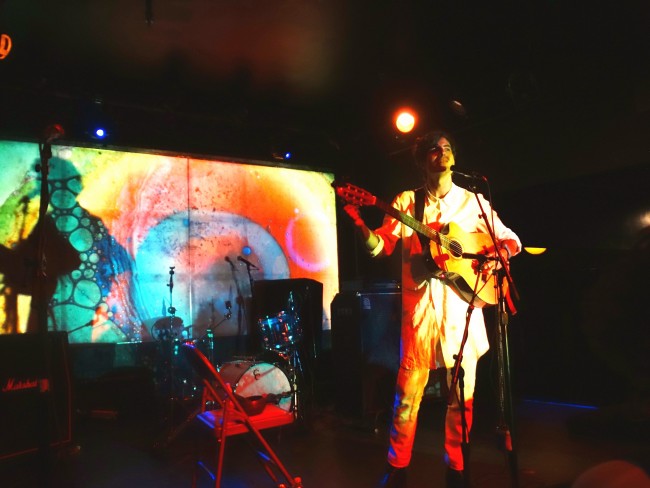 Day two of the weekend festival wrapped up at the Sunset Boulevard venues after a stint at Down Town Los Angeles’ Regent Theater on Saturday night. With a bill packed of neaveau-psychedelic acts from the Los Angeles area, locals got the chance to see some of the finest artists the psychedelic scene in LA has to offer.

Starting at the mid afternoon, the crowd filtered in to the sounds of Litronix, whose David Byrne-stylings and stage antics drew people out of the recesses of The Echo’s shadows to join him on the dance floor.

“Do you people sitting down in the corner love life?” lead singer Kevin Litrox asked the concertgoers. “Then prove it – get up and dance!”

Litronix set the bar for the avant-garde nature of the day, each band complimenting the one prior to them in peculiarity.

Concertgoers had been given 3-D glasses upon entering the venue to enhance the effects of the colorfully odd lights around them. Some patrons also brought crystals to hold up to the performers, often leaving the crowd wandering about with crystals and glasses in hand as the music played.

Downstairs at the Echoplex, surf-psych group Psychomagic served the perfect amount of high energy for the day. While some of the other groups certainly had the musical proficiency down pat, Pyschomagic had both technical ability and exuberance to boot.

In a set reminiscent of an Egyptian psychedelic dance party, Psychomagic was one of the most self-aware bands of the night. 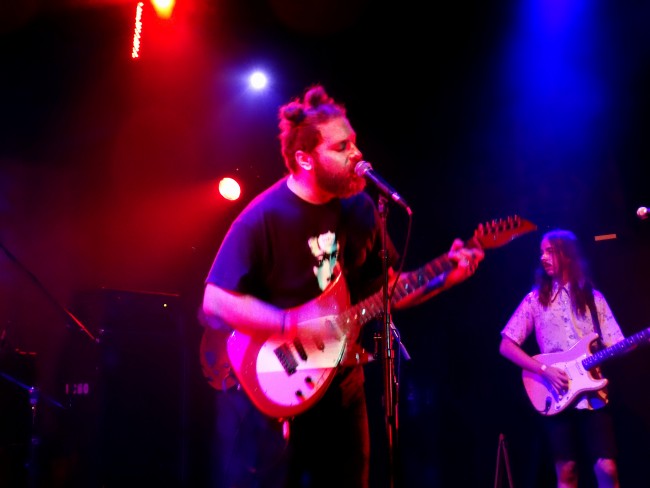 Yowling from song to song, the band drew most of the crowd from upstairs to the Echoplex, ensuing in something that resembled less of a mosh pit and more of transcendental dance circle with organs snarling along with dueling guitars.

As the night crept forward the crowd spiraled into beer and substance fueled delirium, sprawling out over the grounds of the Echo and becoming lost within the music. On more than one occasion did a concertgoer bump into another when lost within the recesses of their minds, eyes closed and wandering about.

The evening was capped off by psych favorites Earthless, shredding through their cataloge of acid-infused suites. Any piece earlier in the day that was considered lengthy was minute in comparison to something off of Rhythms From A Cosmic Sky with songs clocking in at over 20 minutes.

People were writhing, stomping and all together grooving in a way that made it seem as though the Psych Fest had magically captured a zeitgeist of a different era, one that inhabited the mind-expanding summer of ’69. “I love you and I’ve never met you” shouted one patron to another as they embraced during an interlude of music.

In a sense, psychedelic music may not necessarily be an artistic vocation fueled by jagged guitar and dreams of hallucinations. It may better stand for a gathering of self-professed weirdos who aren’t afraid to let their freak flags fly. 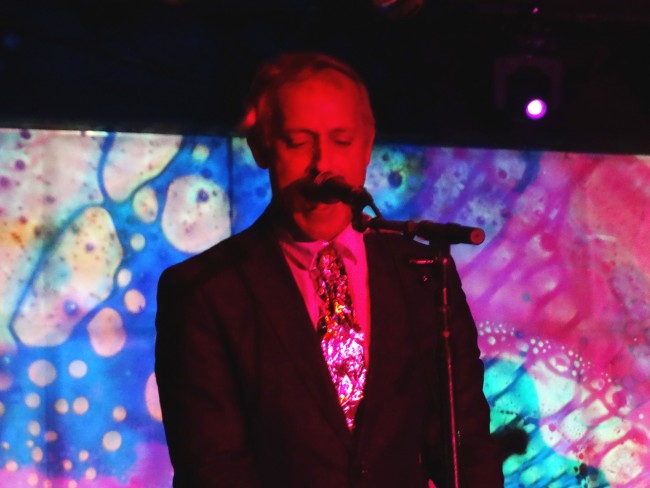