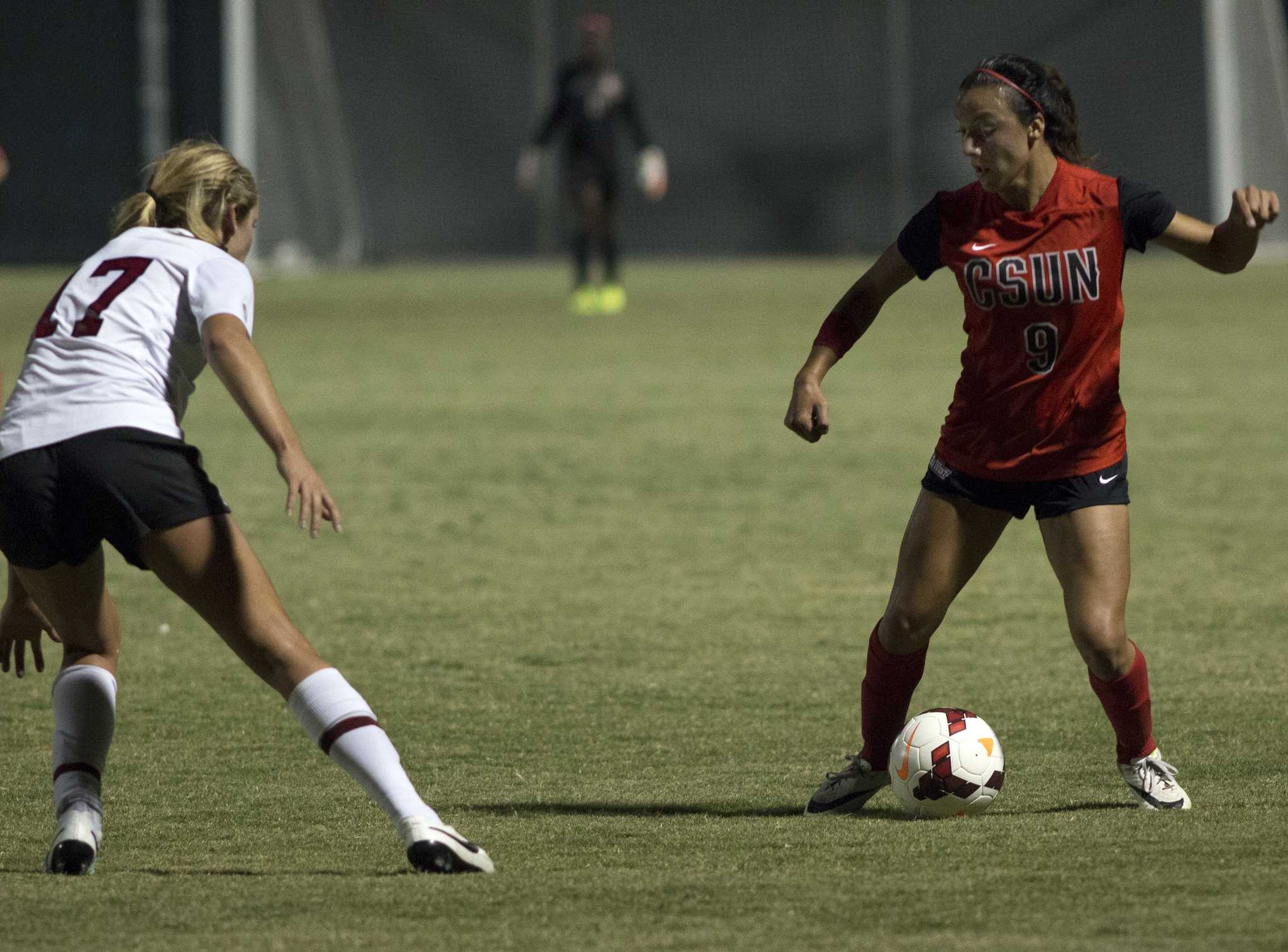 For the second time this season, sophomore forward Cynthia Sanchez was named Big West Offensive Player of the Week.

The honor came after Sanchez scored two goals and had an assist in a thrilling game against San Jose State on Sunday.

The second of those two goals was also Sanchez’s fourth game-winning goal of the season, as well as her eighth overall.

After the pair of goals, Sanchez inches closer to holding the record for most goals scored in a season for women’s soccer at CSUN, only one goal shy of tying the record held by Farryn Townley, Kristy Krohn and Brianna Monka.

Sanchez, who has had no issue finding the back of the net this season, now sits ninth in the NCAA in goals scored, and tied for first in the Big West in that category.

Sanchez and the Matadors look to put together another winning streak as they close out their non-conference slate against the University of San Diego and Texas Tech this weekend.