Editorial: a double standard at the expense of science education 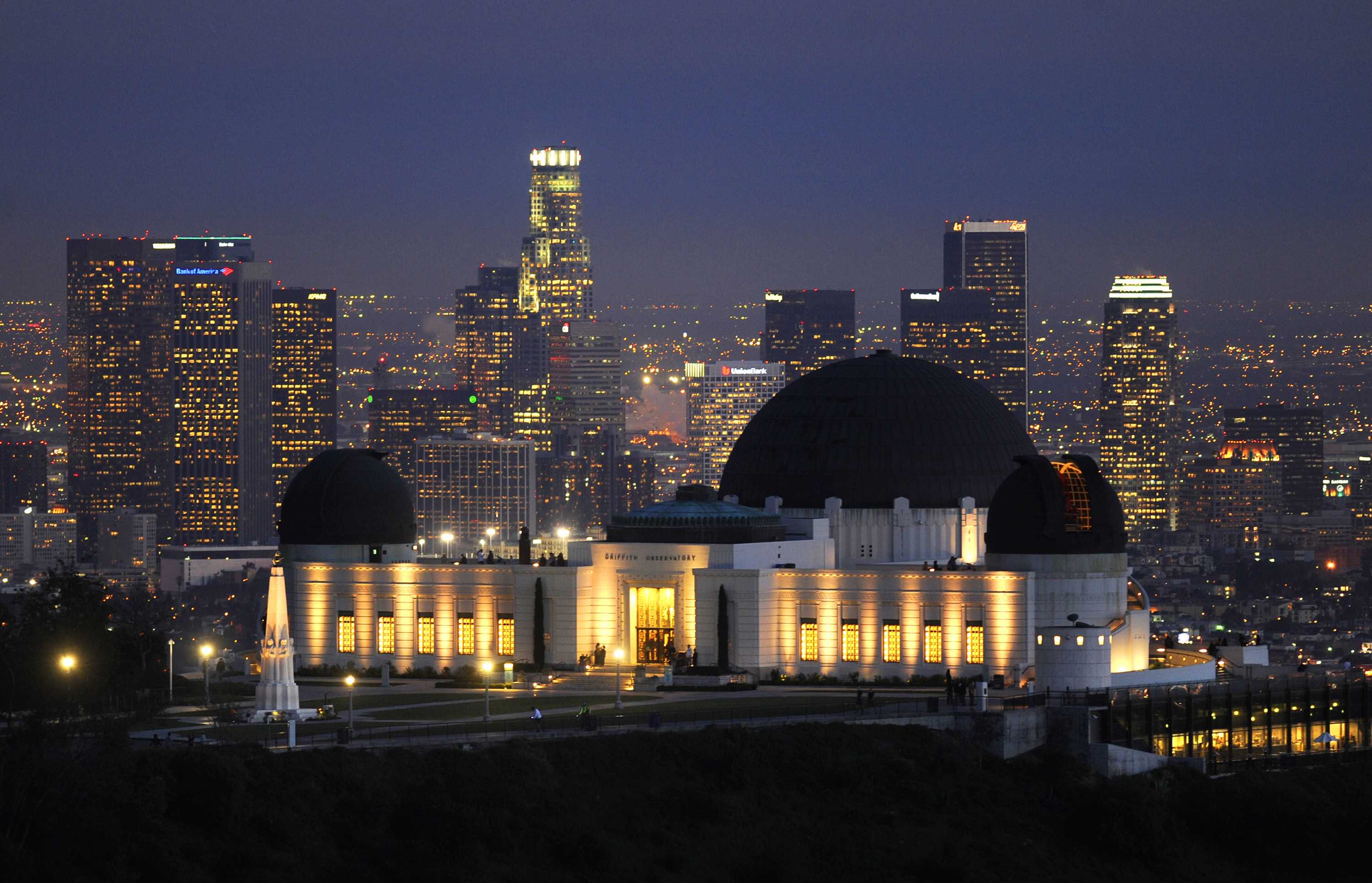 A view of the Griffith Observatory with Downtown Los Angeles, California, in the background. (Wally Skalij/Los Angeles Times/MCT)

Descended from religion and philosophy, science is what has kept societies from suicidal destruction for centuries. The science buildings at CSUN prove our progress and innovation.

While the prestigiousness of the chemistry, biology, physics and astronomy fields are rightfully served, a sense of offering should be contributed to the rest of this university.

One idea is to have more presentational events that can gather more students who may have a vague interest in the sciences. One example of a scientific presentation currently in place are the planetarium showings at the Donald E. Bianchi Planetarium.

It has been an aspect of science popularization for several decades, not only by making science more visible but also, paradoxically, making it more visually appealing. This can give it the right application that it needs so that students can become interested and involved.

Now, would it be dependent on more funds? Sounds likely, but there’s more to it. What if the chemistry department held live events somewhere on campus, such as a live experimentation? Or if the biology department held a live dissection? Robotics reveals a new robot?

These are all suggestions that can quite possibly draw in more people and give them a stronger fascination in science. Some of the credit for popularizing science goes to the late Carl Sagan, whose television show “Cosmos” changed science’s role in the world and inspired millions.

If a student were interested, he or she would have to prove that they are capable of submitting the proper work effort and ethics that would be required to be a part of any aforementioned program.

The process of getting in to any program is incredibly tricky and recommended more so for students in those particular majors rather than for students in nonscientific majors.

While this has its own reasons to be proper and understandable, there cannot be an expectation for the next Einstein to walk through the door. Making science available to everyone is what makes it such a democratic ideal, the right to choose. But with restrictions blocking and potentially encouraging people to ignore the science programs at CSUN, this can lead to a horrid disconnect that should not exist in an enlightened society.

Emphasis on the sports programs and Valley of Performing Arts Center presentations are critical to this school. But CSUN should not just be known as the “sports school” or the “theater school.” A greater sense of pride and vigorous representation of the science programs would greatly benefit. The science, technology, engineering and mathematics (STEM) programs deserve to be greatly recognized as what will provide the minds that the world needs in order to move on as a species.

Otherwise, we will not catch up with our own potential.