CSUN’s pond gets a renovation 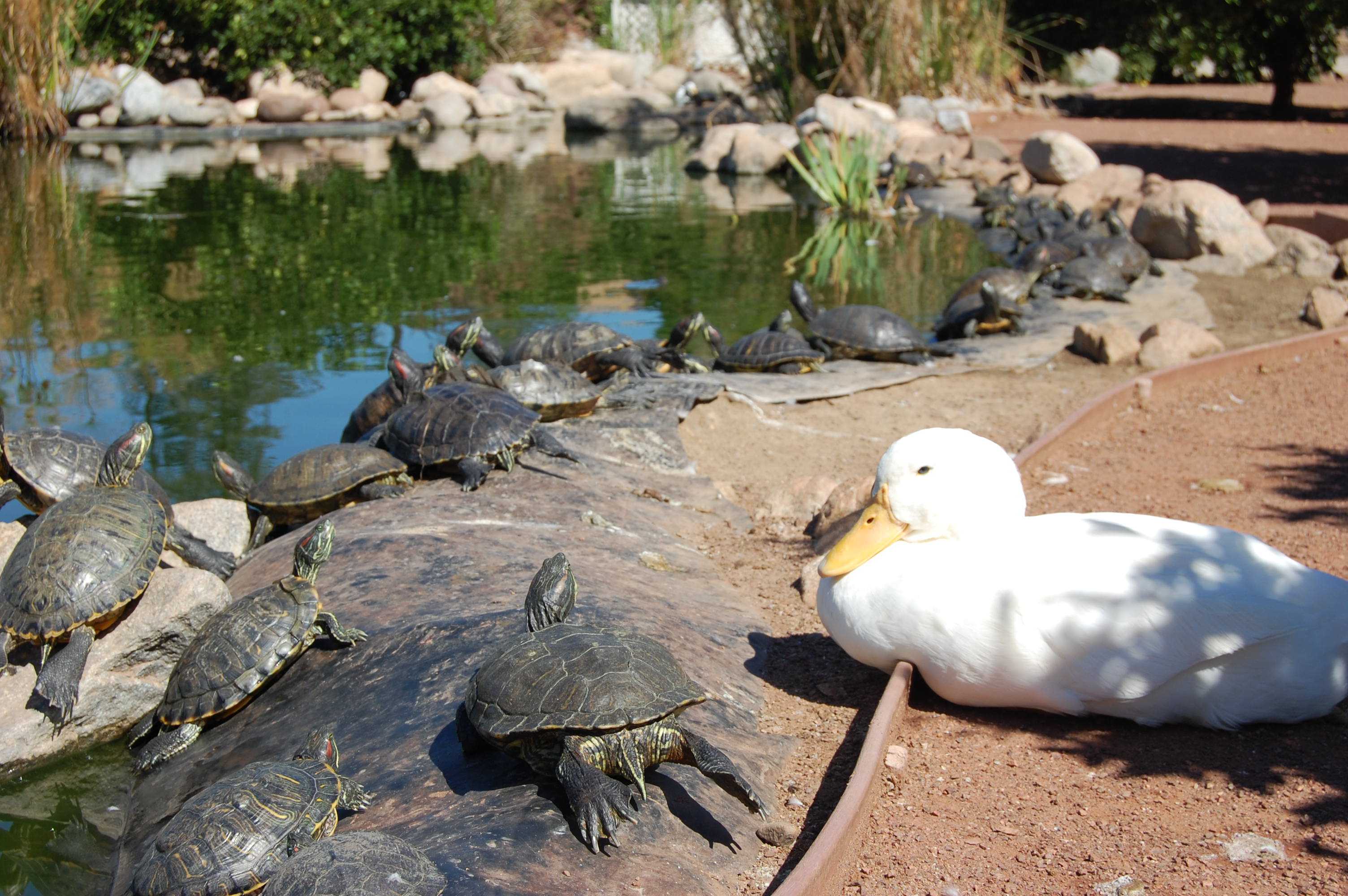 CSUN's pond holds a capacity to hold about 40-50 turtles. About 400-500 red slider turtles live in CSUN's pond according to biology students.

An invasion of CSUN’s pond by ducks and turtles, prompted Physical Plant Management to begin efforts to clean up and accommodate the newly evolved ecosystem of the famous campus duck pond.

A decade ago, an architectural expansion brought us Chaparral Hall and also relocated the once-gated pond to its current location. Following this, an increase in turtle and duck populations in the pond led to the extinction of the native turtles and coy fish that once reigned there.

According to PPM Senior Director Jason Wang, since the pond was no longer gated it “provided access for everybody anytime, days, nights, weekends, to come by and we ended up with a lot of people dropping off their red slider turtles, which the California Department of Fishing and Game sees as an invasive species. So if they’re placed there, they’ll take over.”

In its efforts to clean up the pond and accommodate the wild life, PPM will be launching an initiative to renovate the pond entirely. The initiative should begin in December and should take no longer than a month, according to Wang. The price of the project is yet unknown.

“We don’t know how much it will cost right now. We’ve got some initial cost [estimates] that are in the $35,000 range and another in the $85,000 range, but it wouldn’t surprise me if it’s a little higher than that,” said Wang, “We’re working right now with our Deferred Maintenance Funding on campus. It’s kind of an ongoing fund that supports any of our maintenance functions that happen on campus.”

The renovation of the pond will involve clearing out, draining, vacuuming, and cleaning the pond, as well as adding an advanced filtration system designed to adapt to the needs of the new ecosystem, new circulation pumps that blow and move water, an aerator.

They will also be moving the water pumps outside for easier maintenance. The majority of the turtles will be relocated to other ponds, coy fish will be added once again and the ducks will remain untouched.

“I mean, if the pond can’t sustain all of the animals that are here then it’s awesome that [PPM] can clean up and take care of the pond. I feel like this is a really great aspect of our campus and it helps it make our school beautiful.”

CSUN’s pond has long been a place of relaxation for people, attracting families from all areas. The pond plays an important part in the lives of Matadors through generations.

“I’ve been going to the pond for about seven years. My sister used to bring me when I was in high school and now I bring my youngest sister,” said Karina Muñiz, a computer science major, “It was always just me and my sisters going, having a nice afternoon, make a big day out of it. It’s a nice place that I’ll miss when I graduate.”