Associated Students has an election problem 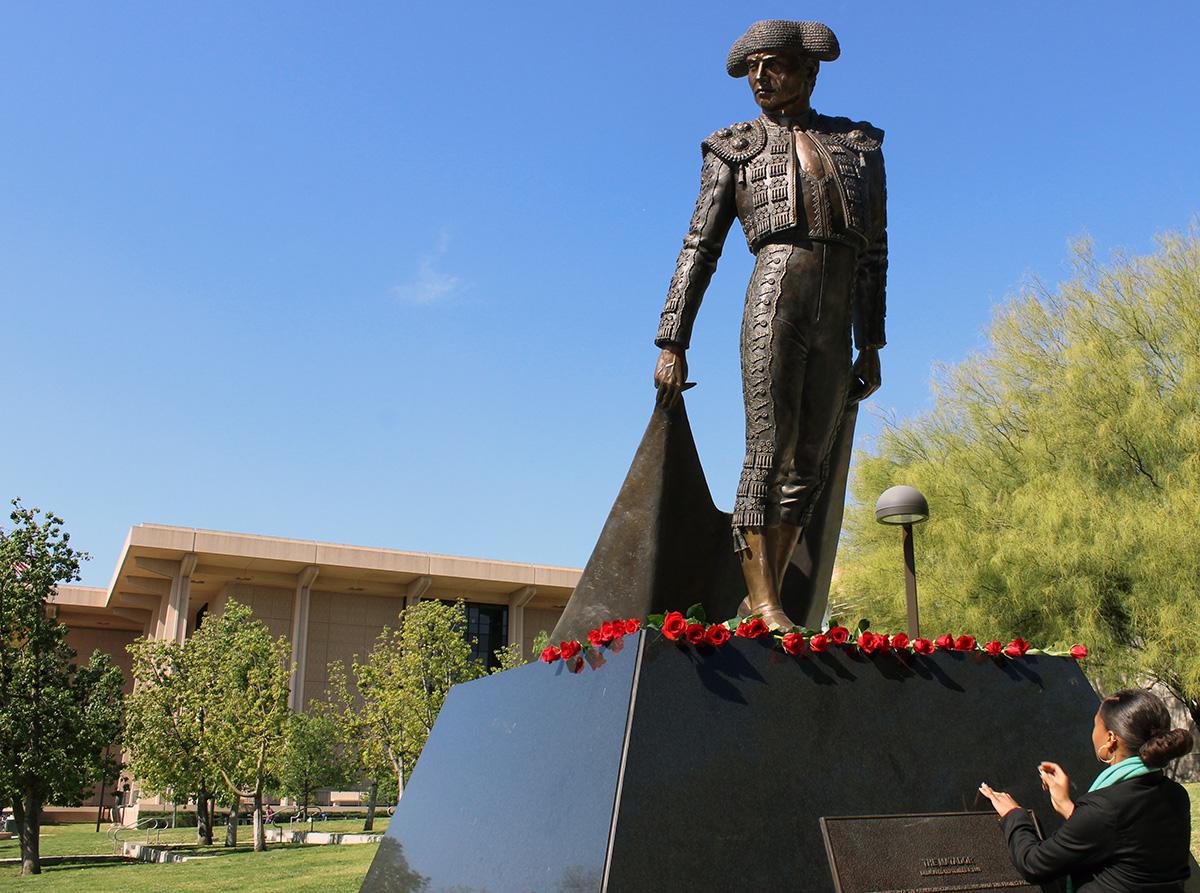 Up front, I was one of two candidates running for President of Associated Students last semester. And as such, I learned a great deal about how it works as a democracy.

In relation to this, I believe AS is in dire need of election reform. It is no longer functioning as the democracy it was intended to be. Associated Students is designed like the US Government, as a democratic republic. The most important factor in keeping a democratic government accountable to the people is voting. Another important factor is a steady flow of constructive criticism from the public.

I learned that should candidates drop out after they’ve been elected, the runner-ups don’t need to be contacted and a student that is handpicked by the AS leadership can take the absent candidate’s place without having received a single vote, like in the case of Cindy Soto. I learned that the election’s funding prioritizes expensive giveaways and over-funded/under-attended events, and the results in election turnouts that are still much lower than other CSU campus’ elections.

I witnessed a maximum-sized slate of 20 students who were mostly from Greek organizations sweep an election where their only competition were a few independents and a small coalition of six sustainability students who were organized and rallied by myself just three weeks before the elections were to begin.

Many of the students ran for their positions unopposed. I learned that AS’ Democracy is deeply flawed and I have some suggestions as how to improve it.This op-ed will be the only time I say ever say free In-N-Out burger is not a good idea. CSUN AS spent an estimated $5,200 on 1,000 burgers for the first voters to encourage a higher turnout. This is both an expensive and ineffective way to increase voter turnout.

To be fair, AS voter turnout has improved over the recent years but is still very low at 10.7% of the overall campus population. The burgers proved not only to be ineffective, but also involved the movement of AS funds to a third party corporation, In-N-Out, that has no interest in bettering the campus or helping the students.

To add insult to injury, a number of the candidates dropped out after they won the elections and their votes totaled 1,425. Soto and Shantay Shabaz were the runner-ups in two of those cases and they were never contacted so their votes didn’t count for anything either, bringing the total up to 1,756.

This means AS spent about $5,000 on votes that made absolutely no difference to the student government due to dropouts and the insane practice that allows for appointees to replace dropouts without having to contact the democratically elected runner ups.

To be fair, Christian Rubalcava was a runner-up who was contacted when a position he ran for opened, but I still believe it is unacceptable that contacting runner ups is not a solidified policy. A much better alternative would be a revenue sharing program like the one currently in place at CSU Chico.

This program rewards students for voting by allowing them to choose an eligible student group on campus to donate money to.

If you’re a supporter of the CSUN Sport Clubs Council, a Greek organization, the Chicano Club or any other viable club and you want to send $5 their way, take a minute to participate in the election and click the box at the end which indicates where you want the money to go.

This turns the elections into a great fundraising opportunity for clubs and orgs on campus and keeps AS money flowing not to In-N-Out, but to the clubs that need it. It has also been shown to be hugely effective, as CSU Chico has a voter turn out rate of 26.7%, the highest of any CSU campus.

Now, CSUN could go even farther and offer up money not just from pre-approved elections funds, but also from the campus quality fee that all students have to pay into at the beginning of a semester.

This gives students easy control of funds they would otherwise feel were lost to the bureaucracy while encouraging civic participation.

The last point I will make is that the maximum slate sizes should be significantly reduced; a slate is the AS equivalent of a political party. Slate members assist each other by combining their networks and telling their friends to vote for anybody on their slate, other than just for themselves.

This is a form of vote-sharing and there is nothing wrong with that in and of itself. However, AS election participation has never been very large and the Strength in Unity slate from last semester’s elections made up 20/34 candidates. The Student Voices slate, which I put together, had only six people, comparatively, and all the Independents ran alone. To call this an uphill battle is an understatement. It is nearly impossible for Independents to compete in this system.

After talking with many of the Independents, they all gave me similar feedback. They were intimidated and discouraged by having to go up against such a large group all on their own. An independent is also not allowed to join a slate after registering and you have no way of knowing what slates exist until you attend the mandatory election orientation, by which time it is too late.

So if you agree with a slate’s platform and want to join it or form a slate with other independents, tough luck.

AS needs a smarter way to attract students to vote and it needs to reduce the maximum slate size to encourage balanced competition. The loophole that allows candidates who received votes to be ignored and replaced hand selected appointees needs to be closed.

The president and vice president get paid a substantial sum of money for their service and all the senators and cabinet heads receive financial compensation, priority registration, and have a great deal of control over a budget amounting to millions of dollars.

So I hope my ideas on how to improve the voting process are helpful, and may lead to a better relationship between AS and the campus at large.