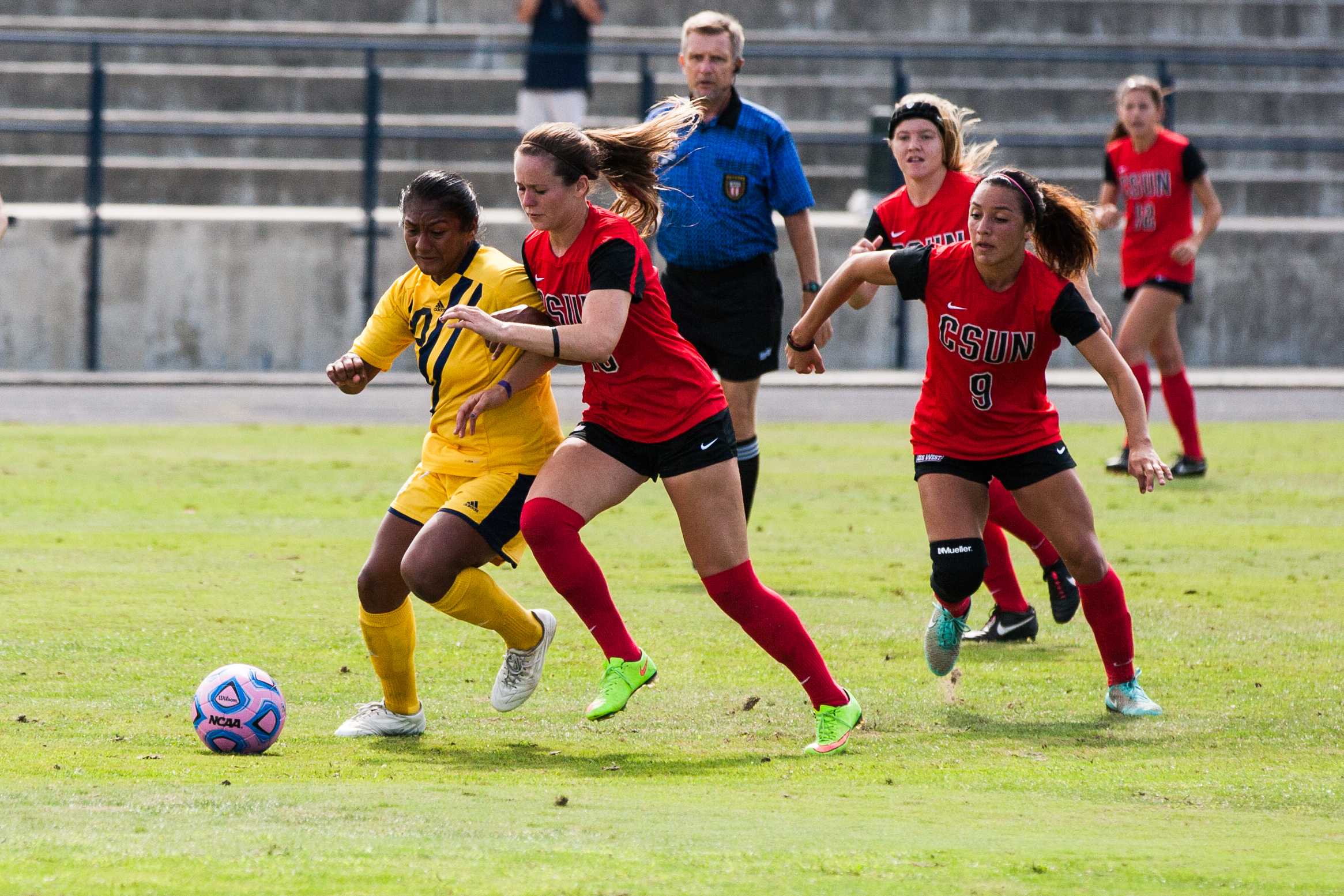 The Matadors appear to have the advantage over a struggling Toreros squad. Photo credit: File Photo/The Sundial

On Friday the Matadors (7-3) will visit the University of San Diego, where they will be looking to extend their win streak to two.

The Matadors currently have a one game lead over University of California Davis in the Big West Conference.

The Toreros are looking to turn their season around after being winless since their first game of the season.

The Toreros will have a hard time stopping Matador sophomore forward Cynthia Sanchez who is having a fantastic season, scoring eight goals and assisting in two.

Sanchez will be looking to have a big game against a Toreros defense that have given up 61 shots on goal this season.

The Toreros will be looking to junior goalie Mckenna Tollack to slow down the potent Matador offense as she was able to shut out Oregon State in their last game which ended in a null all tie.

The Matadors will have to hold their own against the Toreros as the Toreros have been able to play better offense in their last few games, scoring four goals in their last three games but still not able to secure a victory.

The Matadors will be looking to stop Toreros junior forward Victoria Walker who leads the Toreros with three goals on the season.

Defensively, the Matadors have been able to hold their opponents to a shots average of .115% on the season, only allowing 12 goals all year.

The Matadors will be going against a Toreros defense that have given up an average of 16.3 shots per game.

The Matadors biggest competition may be themselves in this game as they have committed 109 fouls this year and have given up three penalty kick goals this year.

The Matadors will have to be disciplined to not give the Toreros easy points.

Players to watch for this game are Matador junior midfielder Kourtney Kutscher who has three goals on the year and could see a break out game against the Toreros defense.

A player to watch on the Toreros is junior midfielder Jacqueline Altshuld who has two goals this season and leads the team in both shots on goal and shots.

The Matadors will look to pull further ahead in the Big West Conference with a win against the Toreros, Friday at 5:00 pm at Toreros Stadium.