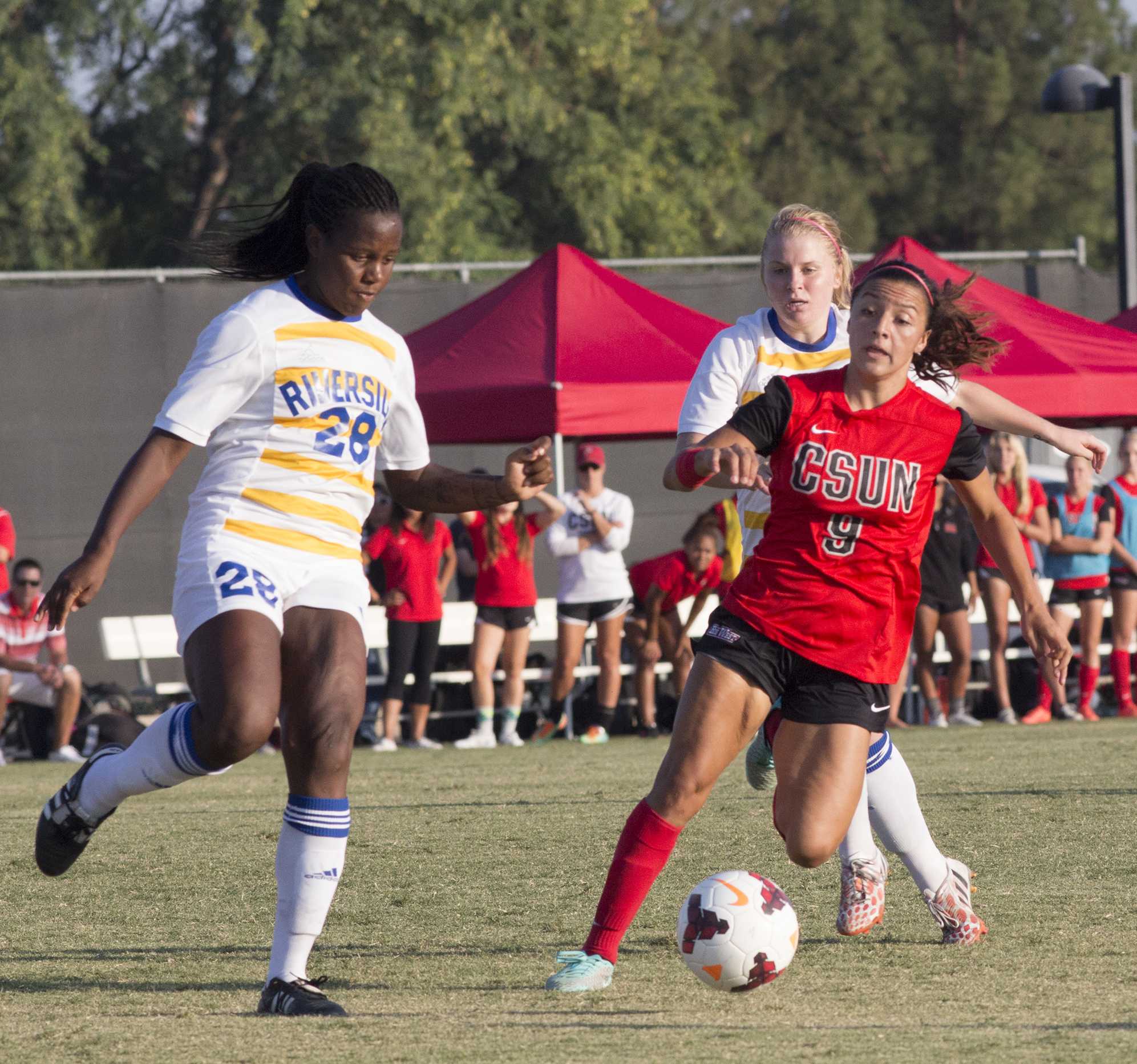 Neither the potent Matadors offense or defense showed up against the Toreros in a 4-1 loss Friday night. Photo credit: File Photo/The Sundial

Coming off of a strong offensive showing last Sunday, CSUN (7-4) were upset by University of San Diego Toreros (2-6-2) by a score of 4-1 Friday night at Toreros Stadium.

The Matadors would be looking for their previous games offensive success but it was the Toreros who controlled the game offensively from the start.

The Toreros struck early when junior midfielder Rachel Conners put a header in at the 7th minute of the game.

After that, the Toreros never looked back.

However, the Matadors tried to answer back but missed high and wide with the limited shot attempts they had.

At the 22nd minute, the Matadors were called for a foul and the Toreros were able to capitalize when junior midfielder Julia Sherwood scored on the free kick, giving the Toreros the 2-0 lead.

The Toreros would not hold back after their second goal.

Seven minutes after their second goal, the Toreros were able to find the back of the net again when junior forward Victoria Walker was able to score off of a rebound from a blocked shot.

The Toreros would hold the 3-0 lead going into the half.

Both teams had seven shots by the end of the half but the accuracy and opportunity wasn’t there for the Matadors.

The Toreros were not done with their offensive domination and came out to the second half ready to score.

Three minutes into the second half and freshmen midfielder Julianne De Armas was able to score, giving the Toreros a 4-0 lead and putting the game out of reach for the Matadors.

Matador junior midfielder Camille Watson was able to answer back on a break away goal at the 53 minute mark to bring life back to the Matador offense.

The Matadors looked to bounce back to two more shots following Watson’s goal but both missed wide.

The Matadors and Toreros were able to step it up on defense and finished the game on a 27 minute defensive battle where neither team could break through but the Toreros first half dominance let them coast into a 4-1 victory as time expired.

The Matadors will look to bounce back as they play No. 15 Texas Tech at the Matador Soccer Field Sunday at 1:00 p.m.