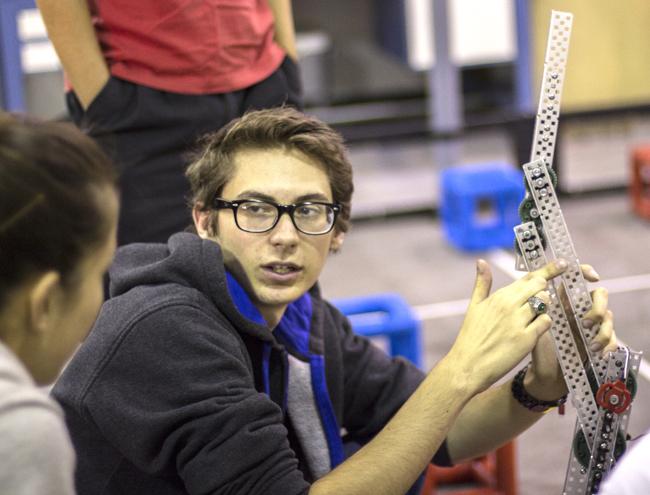 Having the title of club president means a handful of responsibilities, including attending CSUN’s Annual Recognition Conference, a day-long event where students participate in a variety of workshops.

The purpose of the Annual Recognition Conference for clubs is to provide students with the skill sets, resources and awareness that comes with being involved in an organization, according to Agustín “Augie” Garibay, activities coordinator for clubs and organizations.

“The goal is to equip them, empower them and provide answers to questions that they might not even know exist,” Garibay said.

Club presidents, leaders and members receive guidance on how to be proactive. Though some students have experience, others participate for the first time and look forward to the year ahead after being a part of the conference.

Garibay presented four main points at the introductory meeting which consisted of the key topics for the conference.

The first was the reason for university recognition and why this exists for the student organizations. The second was learning policies and procedures and useful tactics for club leaders and members. The third was a presentation of campus resources and departments that aid students and support their success.

Last was networking, a subject that Garibay suggests is one of the biggest influences.

“Often student feel they’re the only ones or only group or particular cluster of folks who are doing this,” he said, “and we want them to see that there are others like them, others different than them, and that they can collaborate with and create alliances and really grow as a community.”

Daniela Ortega, a sophomore criminology major who was present for the first time, participated in a workshop providing information on sororities and fraternities.

“Greek 102 was based on hazing and it outlined ways to prevent it,” Ortega said. “It talked about protocols, new regulations and laws, and useful tips.”

At the Greek workshop, Ortega learned that though some things might not seem like hazing, they are. Understanding these issues, she said, was part of what made the conference helpful.

Prior to the conference, all participants took a survey in which they expressed their interests and what they wanted to see at the workshops.

Jesus Fandino, president of the Society of Advancement for Chicanos and Native Americans in Science, said he didn’t know what to expect but knew that one of the workshops expressed tips on how to keep members involved.

“Because we are a new club, we are hoping to reach out to more students,” Fandino said.

This remains one of the largest leadership conferences for students, and every year the number of students increases. According to Garibay, there are now close to 500 students who check in and participate.