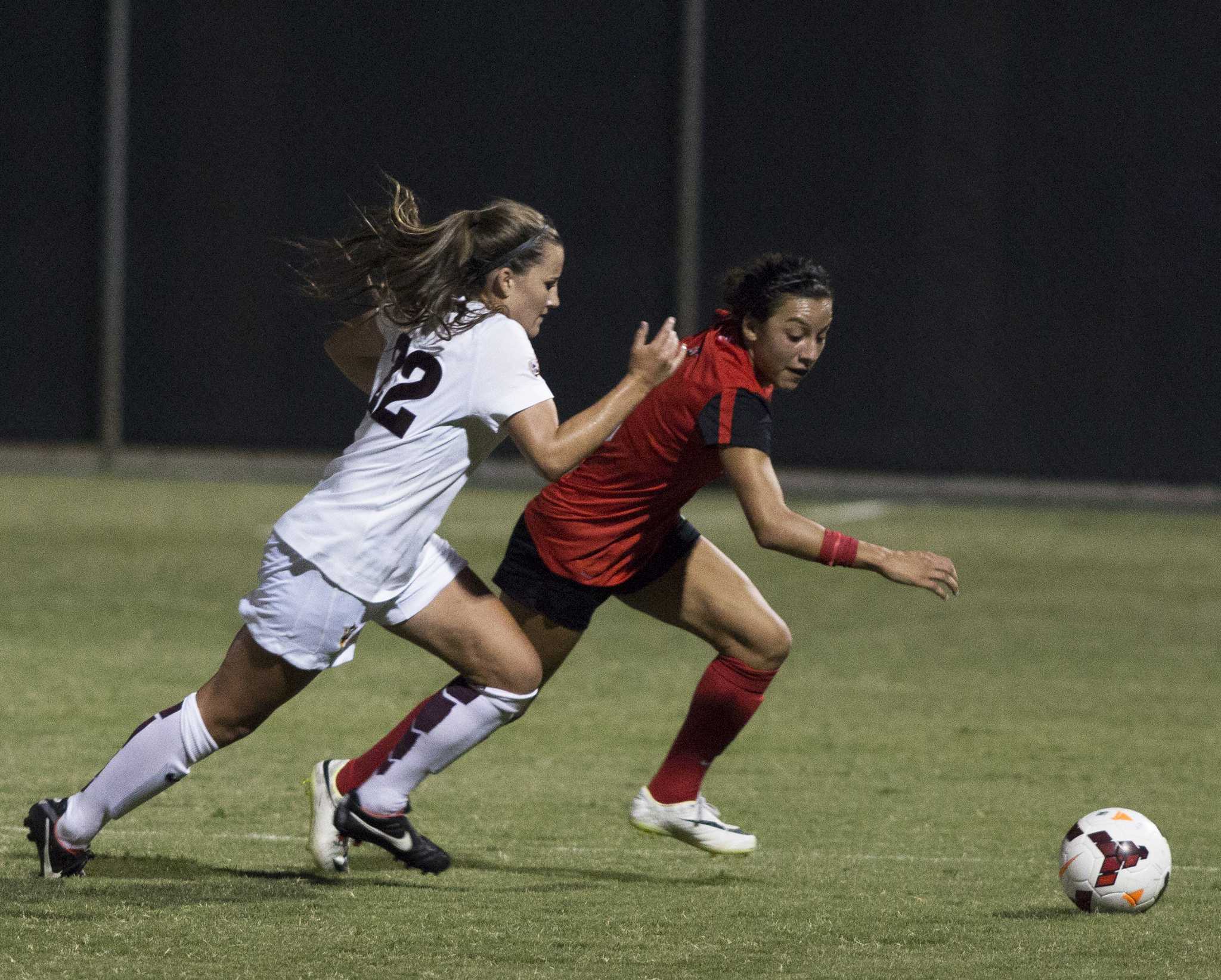 After a strong start to non-conference play, the Matadors will limp into conference play with a two-game losing streak. Photo credit: File Photo/The Sundial

It was CSUN’s first game back after a five game road trip, back in front of the home crowd but in the end, that did not really matter.

They controlled the match throughout, but were unable to outlast the visiting No.15 Texas Tech University Red Raiders in double overtime as the California State University women’s soccer team went down in defeat, 2-1.

It was the Matadors second loss in row following Friday’s 4-1 loss to the University of San Diego Toreros and the first time all season that they have dropped consecutive games.

Equally concerning for the Matadors was their defense. A strong point for the majority of the season so far, the four goals scored by San Diego was the most they have given up all season. They gave up a total of 13 goals on the five game trip after allowing only six goals in the six games prior.

Throughout the majority of the match, the Matador defense managed to hold off the Red Raiders. Tafoya recorded another two saves and they kept Texas Tech to seven shots during the first half while posting nine of their own.

They played the Red Raiders to a standstill with both teams entering halftime without scoring a goal.

The Matadors appeared primed to seize control of the game midway through the second half when freshman defender, Lindsay Kutscher kicked in a goal at the 66th minute mark.

Kutscher’s first shot attempt bounced off the goal post and the ball landed right back in her lap. With the Red Raiders defense unable to react quick enough, she was able to score the goal, her second of the season.

The celebration was brief however as the Red Raiders answered quickly off a goal from senior forward, Janine Beckie a mere three minutes later.

From that point on, the Matadors continued to play the Red Raiders to a draw, and the match dragged into two sudden death overtimes before the outcome of the game was decided.

While neither team scored in the first overtime, the Red Raiders would strike with four minutes gone by in the second overtime.

Freshman midfielder, Carly Wickenheiser kicked in a goal right past Tafoya and the Red Raiders walked off with the victory.

“We controlled the whole game and then they got one good look on goal and finished it,” said Kutscher. “We should not have been in overtime.”

The loss dropped the Matadors to 7-5. Despite the defeat, Matador Head Coach, Keith West was proud of the effort that the team showed against a nationally ranked opponent.

“We are good, we take some breaks and have some bad moments but I do not think we took too many breaks today,” said West. “I thought we played very, very well.”

With their non conference schedule over, the Matadors will now begin Big West Conference play. The second half of the season is something the team is anticipating.

“We are playing teams we are familiar with and we know how to beat them,” said Tafoya.

The Big West Conference has been solid so far with seven of the nine teams posting winning records including the Matadors.

“We have a really good conference and the level we are going to be playing at is similar to today,” said Kutscher. “It was a good challenge before conference. I think we are ready.”

The Matadors start conference play next Sunday at 1 p.m. on the road against the UC Davis Aggies.