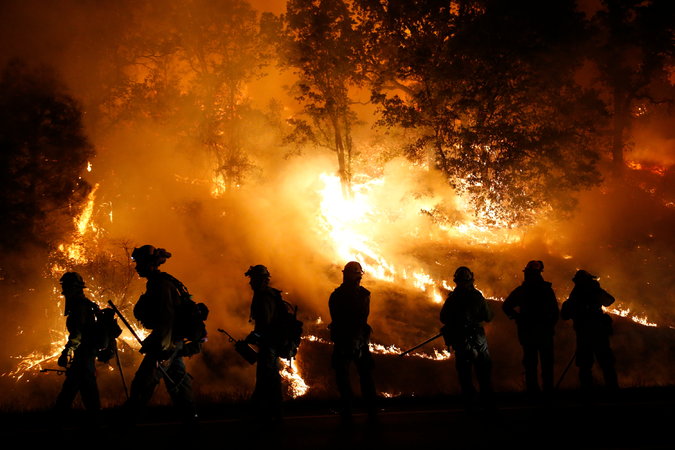 Firefighters from Marin County monitored a backfire as they battled the Valley Fire this month. Firefighters who had been deployed to other corners of the state scrambled to confront the blaze as it grew to 70,000 acres. Credit Stephen Lam/Getty Images

California has an unsustainable build-up of vegetation which provides abundant fuel for wildfires that contribute to carbon emissions.
Motorcycle fatalities are on the rise and a highway safety group says it would be safer if all states adopted universal helmet laws.
The Department of Homeland Security is responding to an unprecedented number of undocumented children entering the United States.
Los Angeles is preparing an ordinance prohibiting smokeless tobacco at stadiums, fields and other venues used by organized sports.
A study suggests that troubling behaviors exhibited by abused children can be predictors of later criminal activity.