Taking the temperature: where men’s soccer stands before conference play 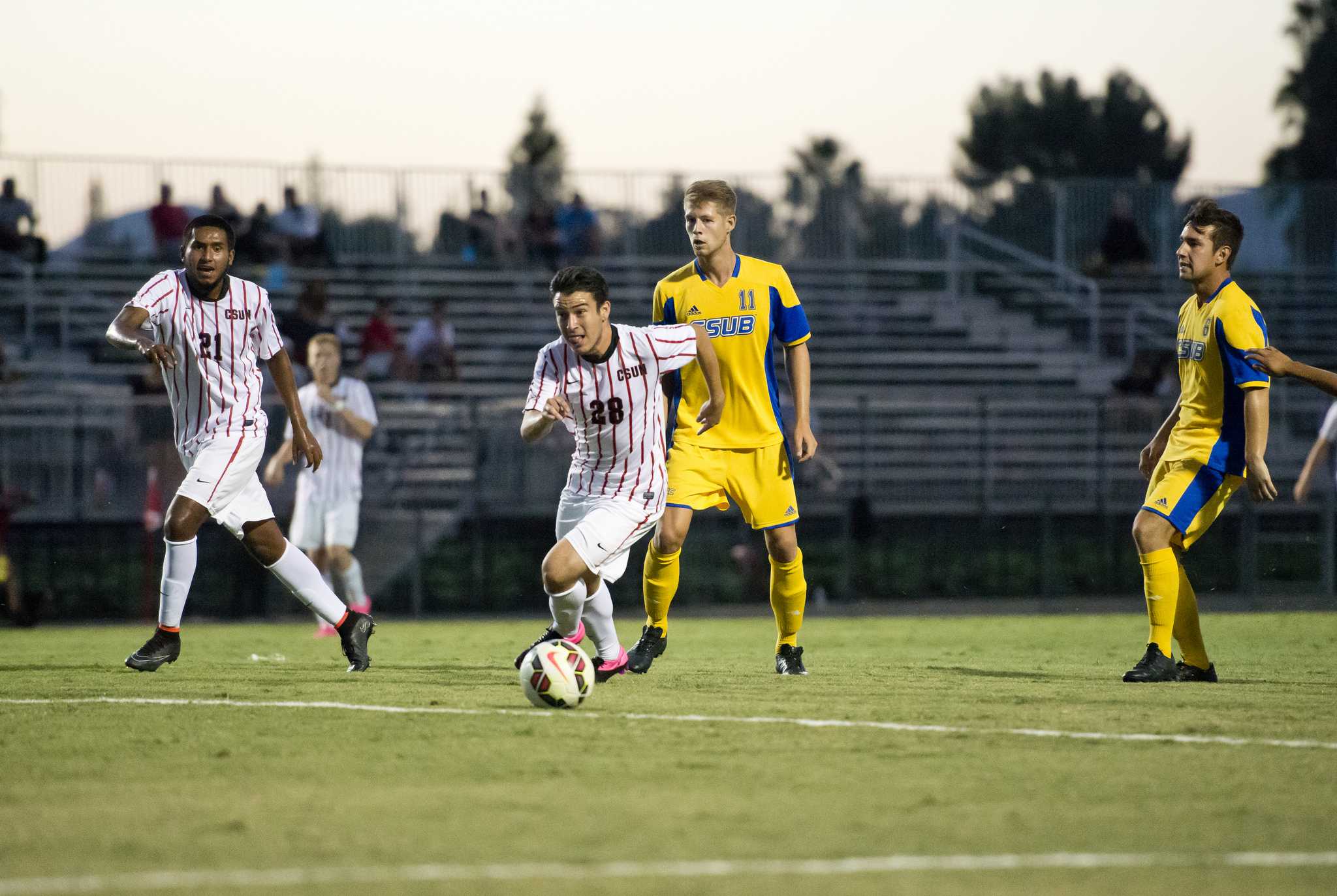 CSUN (4-3-1) ended non-conference play on a high note and will look to continue their current hot streak in Big West Conference play.

After a shaky start to the season in which saw the Matadors only earn one win in their first five games, the Matadors were able to turn it around with their stellar defensive play as they ended non-conference play on a season high three-game winning streak.

CSUN started non-conference play on a positive note as they beat the Loyola University Chicago Ramblers 2-1, but were unable to follow up the win, as they would go on a skid, which saw them lose three games in a row and earn a tie, in that span the Matadors were outscored 7-2.

The team turned its season around by becoming defensive minded as they would go on to win the last three non-conference games.

CSUN’s defense was a big reason for the turnaround as they were able to counter opponents attacks and were able to offensively breakthrough.

During the current winning streak, CSUN has only allowed one goal while scoring seven goals.

Led by CSUN senior goalkeeper Adam Hobbs, CSUN has only allowed nine goals for the season.

Hobbs is heading into Big West Conference play with 30 saves, a 76.9 percent save rate and 3 shutouts.

During the season Hobbs accomplished career milestones has he moved into fourth in program history with 11 career shutouts and eighth in saves.

On the other side of the field, the Matadors will look to continue their current offensive outburst.

Led by CSUN senior midfielder Carlos Gonzalez, the Matadors will continue to have defenses on their heels.

After achieving his first career hat trick this season, Gonzalez leads the team with four goals, but won’t be the only offensive threat.

CSUN sophomore midfielder Steven Manios, is due for a break out game, as he once led the team in goals with two but has not seen the back of the net in the last seven games.

CSUN senior defender Trevor Morley will also help carry the offensive load, as he also has scored twice, while three other Matadors are tied with one goal.

The Matadors for the season have scored 11 goals while allowing nine, and have a 50.7 shot on goal percentage while their opponents have a 46 percent.

CSUN should be successful in Big West Conference play, as only three of their following seven opponents have an above .500 record.

The Matadors will see many opportunities as they have outshot and earned more corner kicks and four of the seven goals scored during the winning streak have come in the second half.

For the season, the Mustangs are averaging 1.25 goals per game, while the Matadors have an average of 1.38.

Besides Cal Poly, the other challenges CSUN will face during conference play will be the (5-3-1) University of California Santa Barbara Gauchos and the (5-4) California State University Fullerton Titans.

Despite opening their first two games at home against teams above .500, the Matadors should be able to have a successful conference play this year if they continue to pressure teams with their defense to create counter opportunities and take an early lead.

The Matadors have proven themselves away from home, as all three wins during the streak have come on the road, currently 1-1-1 at home, if they can win at home, they will be tough team to beat.

CSUN opens conference play by going for their fourth straight and first Big West Conference win when they host the Mustangs this Thursday at 7 p.m.