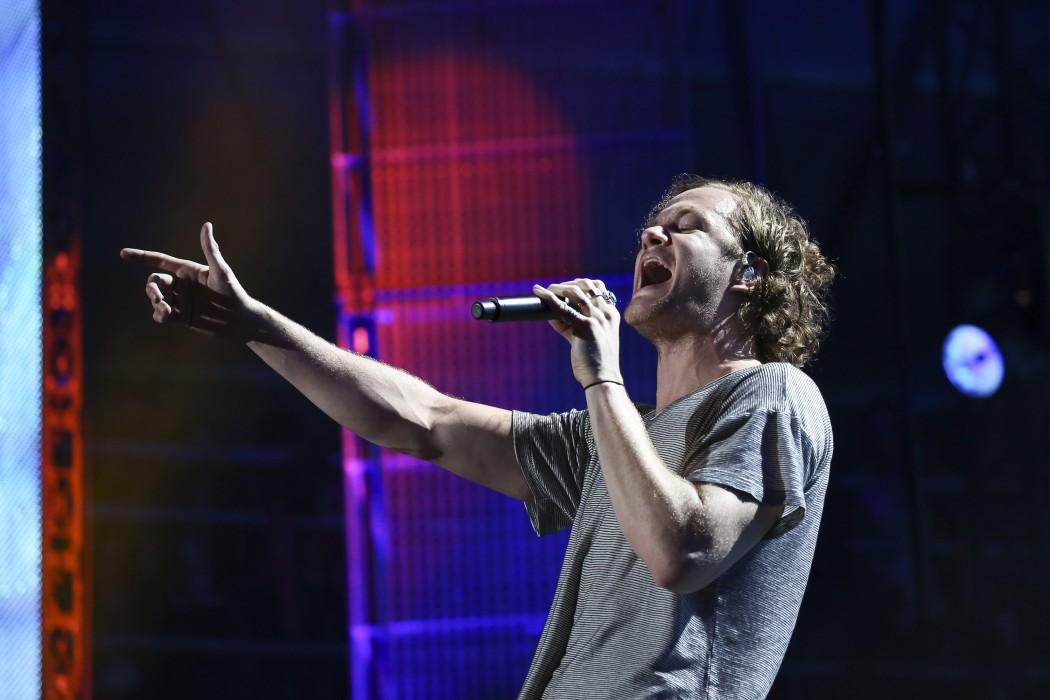 Unless you’ve been living under a rock for the past three years, you’ve heard the name Imagine Dragons once or twice in your life. The Grammy award-winning band hit the stage at the Hollywood Palladium Monday night as one of the stops on their international tour.

Red Carpets were literally rolled out by Citi and American Airlines with a place for people to pose for pictures they walked into the venue. Not going to lie I took a few selfies on the way down, just for memories.

Never having been to the Palladium before, I was pleasantly surprised to find that there was a fully stocked bar ready to greet you right when you walk in.

So after grabbing a drink, or three depending on who you ask, I went down to the stage area.

To those of you who have never been to the Palladium before, it’s set up in a pretty cool way. It’s just one large general admission area where we all get to stand together and listen to the music in front of you.

The format of the show was different from what I’ve ever seen. Instead of having an opening act, the band showed a documentary style video for the crowd.

What looked like a short film gave the background story of the band. Where they were from, how they’d all met, and how they came to be. Their history seemed to be a large theme of the whole night.

When the lights went dark the crowd went wild and the band came out with a mellow version of Demons.

It’s rare that I say that a performer sounds as good as they did on their album. In today’s world of lip singing and auto tuning were lucky to get something that sounds close to what we hear on the radio. By some miracle, Dan Reynolds actually sounds more amazing live than he does on any speaker system.

After playing a few more songs, the band took a break to talk about funny things the had done in the past.

Now, don’t get me wrong here, I’m all for some fun interaction with the crowd. A quick joke here, a short story there, but the band took a total of 3 ten minute story breaks to talk about some random ass stuff. At one point my friend Amanda and I decided we wanted more music and started singing their songs with some of the people around us.

Aware that they may have been talking too much Reynolds said “To the people that have never been to one of our concerts before, I don’t want you guys to think that all we do it stand around and talk, this is just a walk down memory lane for us here.”

He continued to talk about how LA is where is all started for them and also stopped to point out some of their original fans who actually write for High Voltage Magazine.

I obviously introduced myself to them later but that’s beside the point.

Even more so because the Palladium ran out of chicken and steak tacos before the show even started. Hungry people are no fun. Ever.

They closed out the show with the hit that got them to the top, Radioactive. With the large drums on stage you could feel the vibrations going through you. I’m not going to lie; I would’ve paid a lot of money to be the drum Reynolds was banging on at that point.

Fans were disappointed in not having an encore song. Majority of the crowd actually waited around for a good 10 minutes when realizing they hadn’t played they’re latest hit “I Bet My Life”.

But sadly the lights came up and I along with many others made the walk down the street to Roscoe’s Chicken and Waffles to top off a pretty good night.

I mean, who can really complain after a sunrise and a smothered Carol’s special?