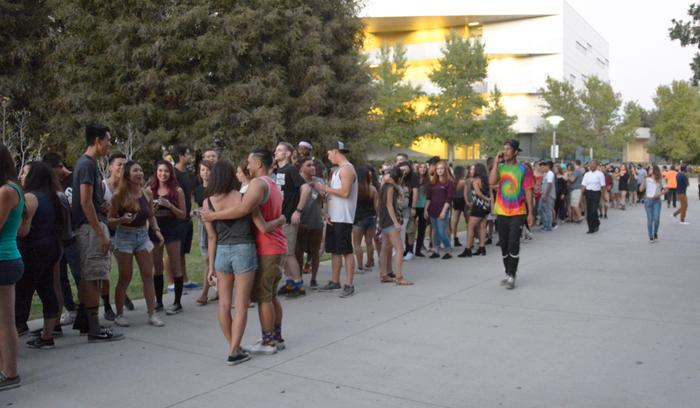 The two entraces made for long lines which were kept in check by security and volunteers at the Big Show in Northridge, Calif. on Sat., Oct. 3, 2015. (Raul Martinez / The Sundial)

The student tried to enter Big Show but was denied access due to full capacity. She was leaving the event when somebody grabbed her from behind. The student was transported to a nearby hospital, the LAPD reported. Her injuries were not serious.

The suspect has not been apprehended. He is described as being a Hispanic male with a mustache.

One week before, a student was raped within CSUN housing. CSUN police said that this incident and the what happened during Big Show are in no way related.