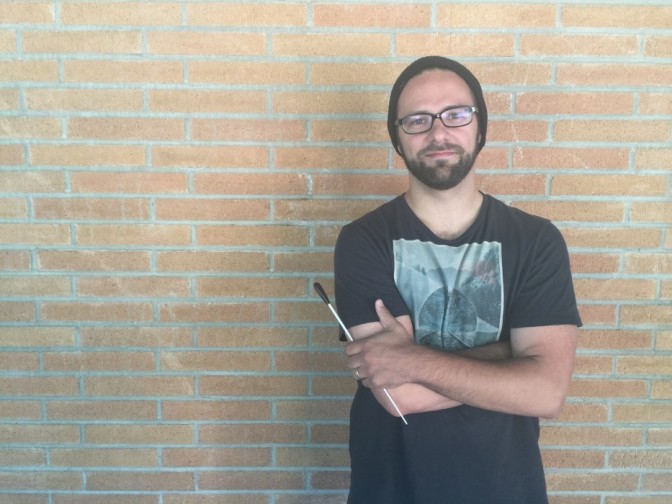 Jay Jarrett is a 28 year-old graduate student attending CSUN to obtain his Conducting Masters in Music with a Band emphasis.

Jarrett began his musical career at a young age playing the Clarinet, but after joining a symphony that had enough clarinets, Jarrett had to find a new instrument. Jarrett was eventually given the trombone due to the fact his arms where long enough to handle the sliding required to play.

After picking up his new instrument, Jarrett was instantly hooked and began playing in a Youth Symphony. Years later, he now plays in the Bakersfield Symphony Orchestra.

While Jarrett excels at trombone, his real passion lies in being able to bring a group of musicians together in order to create a piece that conveys the composer’s message. His passion for bringing musicians together plus his precisely tuned musical ear required for trombone led Jarrett to eventually take up composing.

Jarrett currently conducts the CSUN Wind Symphony and encourages everyone to join him Thursday, Oct. 8 at 7:30 p.m. in CSUN’s Plaza De Sol for a free demonstration of his and the Symphonies talent.