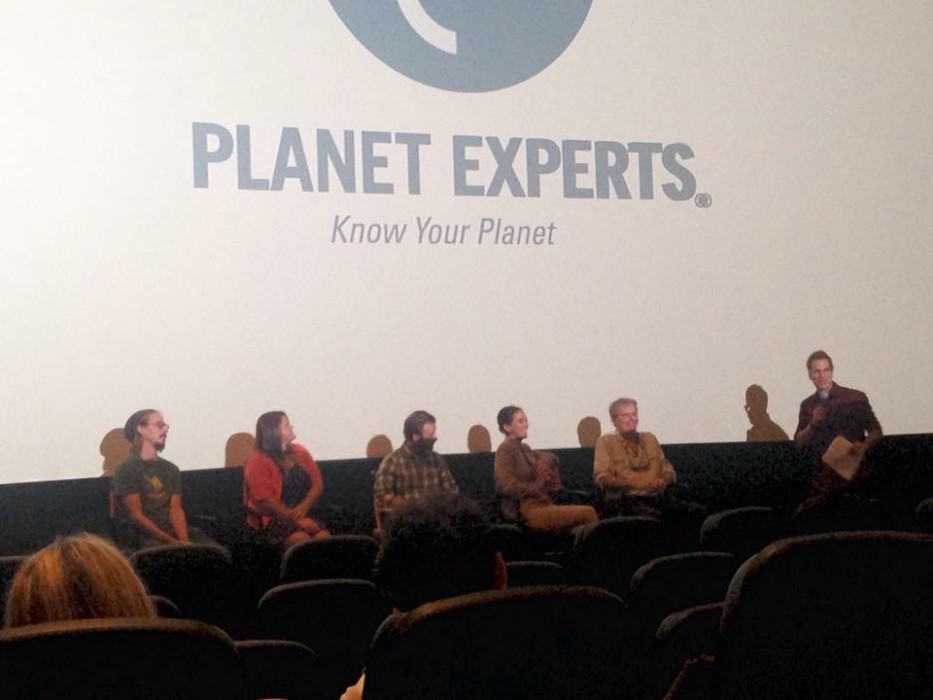 An in-depth journey into some of the most challenging issues we face today; climate change, wildlife trafficking, and the extinction of animals, basically the start of a possible global suicide.

Psihoyo, alongside a group of activists and scientists, went undercover to find and expose some of the grimmest causes of animal extinction and our changing environment.

“We went through a lot of danger to make this film happen, we had to film without getting caught,” Dr Heather Rally said during the panel discussion, referring to the countries they visited and exposed some of the most gruesome animal trafficking and slaughtering.

One of the unveilings took place in Santa Monica, as a chef served whale sushi at his restaurant Hump, by the Santa Monica Airport. Selling whale meat is prohibited in the U.S., and after the undercover investigation revealed the scandal the restaurant was shut down, with a chef sentenced fines and probation.

As the film went on we saw different parts of the world, exploiting animals in an extent that has never been done before. There was once a time when humans hunted and gathered food for necessity, today it has exceeded those needs and we are now at a time of excessive killing. The film portrays emotional examples, such as recordings of a last male of a species of songbird singing, calling on its mate that will never come back.

“Species are overwhelmingly resilient, they’ve been around for over hundred thousands of years, sometimes millions of years, so the fact that we are loosing so many of them now is terrifying,” said biologist and professor Ryan Harrigan during the panel discussion.

But the direct human behavior like slaughtering animals isn’t the only problem. Psihoyo brings up the issue of carbon dioxide and that all the extinctions that have occurred on our planet have had this issue in common, highlighting the faulty regulations within our emission system.

Professor Michael Hoggan, who teaches film at CSUN, believes awareness on this subject is highly crucial.

“This kind of information is important for everyone. But in today’s oversaturated media world, finding time to view is difficult but more important finding the time for continued dialogue and action is even more problematic,” Hoggan said.

Ariane Sims, vice president of Planet Experts, an environmental organization that made this screening happen, gave tips on how each individual can find that time and help in their everyday lives.

“In this age of smart phone applications, there is a wealth of information available right at our fingertips that will for example tell you whether the fish you’re planning to buy for dinner was responsibly caught, provide tips for reducing your home’s carbon footprint, and rate the sustainability of personal care and home cleaning products. I encourage everyone to educate themselves and make the most environmentally aware decisions possible,” Sims continued, “the problems highlighted in Racing Extinction are not too big to solve or too overwhelming to address. We can make a difference on the local, national and international levels — and each individual plays an important role. The film encourages everyone simply to start with one thing.”

Echoing Sims sentiment, the film does not try to push you into anything but rather encourage and inspire.

It would be difficult to view this film without at least a lump in your throat, whether you are an environmental activist or not. But what the film does leave you with by the end is a glimmer of hope; we’re all capable of doing something small that would contribute to a shift in our worlds course.

Racing Extinction is being screened across the country. For more information visit their website at racingextinction.com.