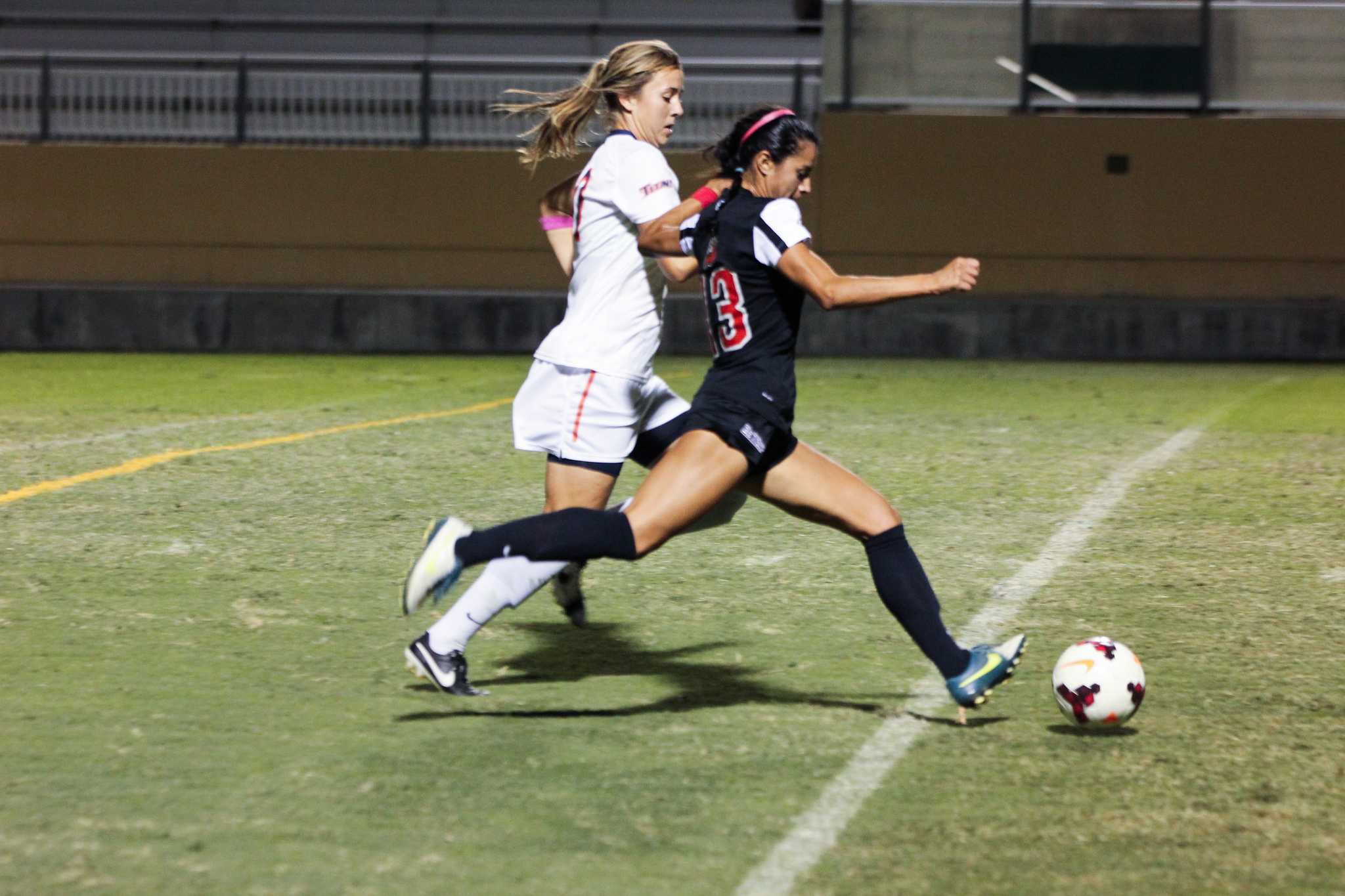 The Matadors struggled to find the back of the net again, as they are winless in their last three games after a 0-0 draw against the Aggies. Photo credit: File Photo/The Sundial

The CSUN women’s soccer team played the University of California Davis Aggies to a 0-0 draw in double overtime on Sunday afternoon. The road match was the Big West Conference opener for the Matadors and it was their second consecutive double overtime game.

As has been their calling card throughout most of the season so far, the Matadors strong defense was on full display. Senior goalkeeper Cynthia Tafoya recorded six saves in the match and turned in the eighth shutout of her CSUN career. She is currently ranked seventh in the conference in saves with 30.

The Matadors also held Aggies’ junior forward, Rachel Smith to only three shots and no goals. Smith leads the conference in shots with 45, and is in a three-way tie for fourth in goals scored along with California State University, Long Beach sophomore forward, Ashley Gonzalez and California Polytechnic State University, San Luis Obispo senior forward, Elise Krieghoff, with five.

Not to be outdone, the Aggies turned in a solid defense performance of their own. Aggie freshman goalkeeper Alexis Smith recorded two saves during the match and they kept the Matadors off the scoreboard as well. Smith is ranked fifth in the conference in saves with 37.

Offensively, the Aggies were aggressive most of the game, taking 19 shots, six on goal, as compared to the Matadors 14 shots, with two being on goal.

In the overtime periods, Preston took a pair of shots, one in the first overtime and one in the second, and Kutscher had one final attempt near the end of the second overtime that was saved by the Aggies.

The Matadors next matchup will be back at home on Thursday, Oct. 8 against the University of California, Irvine Anteaters. Kickoff is scheduled for 7 p.m.