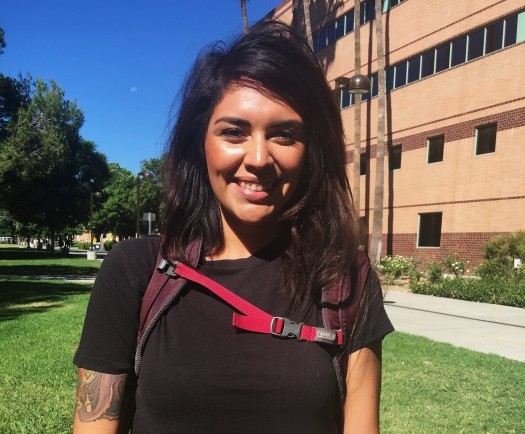 Vivian Garcia is a 21-year-old senior at California State University, Northridge, who is working towards a public health degree.

She has several tattoos on her body, but the one that stands out is her “Nosferatu” tattoo on her upper arm. It is a black and grey tattoo and the rest of them are in color. Film majors most likely know about the movie, but for those who don’t, it is considered as one of the best Dracula film’s of all time.

“I don’t necessarily have a meaning for my tattoo or any of my tattoos at that. But I did enjoy the cinematic aspects and perspectives of the film,” said Garcia. “What ultimately got me to get it was the way the artist captured this suspenseful part of the film in a very dark and artistic way. I’m also a sucker for thrill and horror so anything creepy catches my interest.”

She believes that tattoos are a way for people to express themselves and she gets tattoos that typically don’t make sense because that is what she likes.

“I don’t think tattoos should always carry a type of meaning but instead be something that that individual truly enjoys,” said Garcia.

Garcia is excited for tax season because she is looking forward to be adding new additions to her body.