Letter to the editor: science will surely drive us into a brighter future 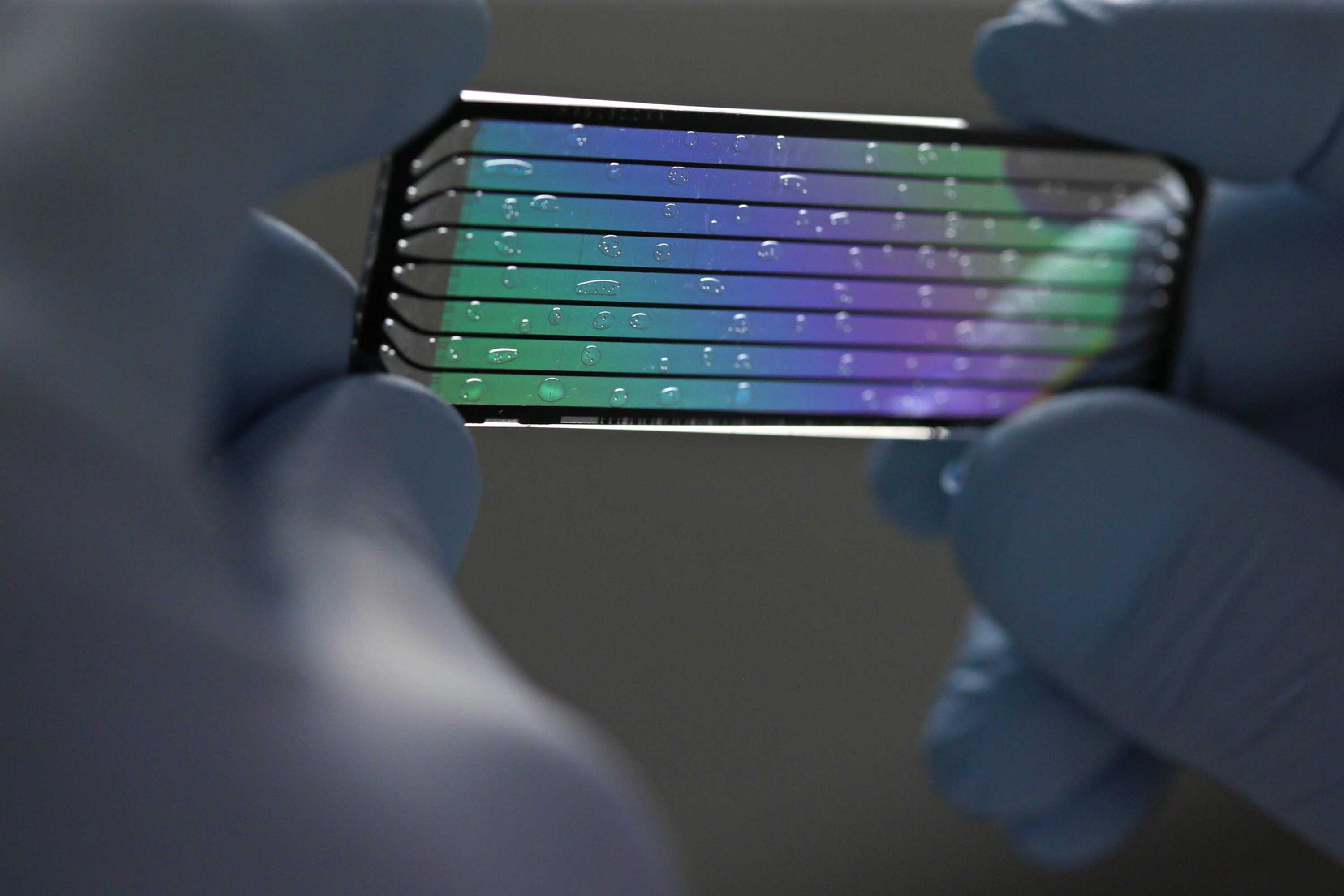 John D'Albora, 41, a senior research technician, holds up a used flow cell to display its intricacies at the Genome Institute at Washington University on Thursday, April 23, 2015. A flow cell holds the DNA for the sequencing machine. (Cristina Fletes-Boutte/St. Louis Post-Dispatch/TNS)

I was delighted to see the editorial “Time to make science popular.” Such attention at CSUN is rare. I agree that science needs to be accessible to the public, including to non-science majors at CSUN. We live in an age of science, with extraordinary advances being made almost every day. You pointed out that “science is what has kept societies from suicidal destruction for centuries,” to which I say “amen” and would only add “and science is why the future looks brighter than ever”.

Having my college’s faculty members make presentations to non-majors, as you suggested, could be an effective way to “spread the word,” and I have complete confidence in their passion for science and ability to infect others with that passion. I’m sure many of the faculty would jump at the chance, but given the already enormous demands upon their time for teaching, research and service, I would be extremely hesitant to ask more from them. It’s no secret that the number of tenure track faculty has dwindled to alarmingly low levels since the 1990s while enrollments have skyrocketed at CSUN.

You mentioned the late Carl Sagan, a gifted scientist and public speaker. Another in the same league was the late Stephen Jay Gould. Over the years I have invited a number of well-known scientists, including Gould, to give presentations to general audiences, and have always found them to be well attended by enthusiastic people. There is no better way to convey the progress, excitement and wonder of science than to hear it directly from those at the leading edge of discovery. An entire speaker series at CSUN devoted to bringing science to non-majors is an exciting prospect. I am sure that my biologists, chemists, astronomers, physicists and geologists (yes, you forgot the Department of Geology in your editorial) could come up with a list of speakers that possess both impeccable scientific credentials and the ability to speak to a general audience.

While agreeing with just about everything you wrote, I do have a few relatively minor points that I took issue with. First, as stated above, the Department of Geology was inexplicably left out. Second, the statement that science descended from religion and philosophy is almost certainly not true. For example, Christianity existed in Europe close to 1,000 years before science appeared there, and if religion was so important then why were there beginnings of science in Greece and China long before in Europe? Science, which is relentlessly based upon data, is a far departure from religion and philosophy. Finally, robotics was mentioned as a possible topic for a demonstration. Robotics belongs to engineering, not science, and the two disciplines are quite different.

Thank you for the excellent and much appreciated editorial.

Dean, College of Science and Mathematics