The highest imprisonment rates in the world 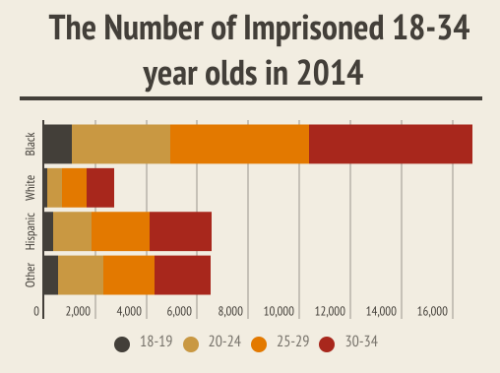 Last year, over 1.5 million prisoners had sentences for more than one year in state or federal prisons, according to a 2014 report by the US Department of Justice. Part of this issue lies in the high rate of recidivism.

Within five years of release, about 77 percent of released prisoners were re-arrested, according to a 2005 study by the Bureau of Justice Statistics.

In context, the Pell program may benefit part of the vast number of already incarcerated individuals taking part in world’s highest rates of incarceration.

Inmates who earned their Associate and Bachelor Degrees while incarcerated, abides to the laws more often after their release from prison than inmates who had not advanced their education while serving time in jail, according to a 1997 study by the Journal of Correctional Education. One conclusion drawn from the same findings is that it’s less expensive to educate inmates than to re-incarcerate them.

Young black males had higher imprisonment rates than inmates of other races within every age group. The largest disparity was 18 to 19-year-old black male prisoners who were 10 times more likely to be in state or federal prison than whites, according to the Bureau of Justice Statistics.