Weekly Events: Spooky activities to warm up for Halloween 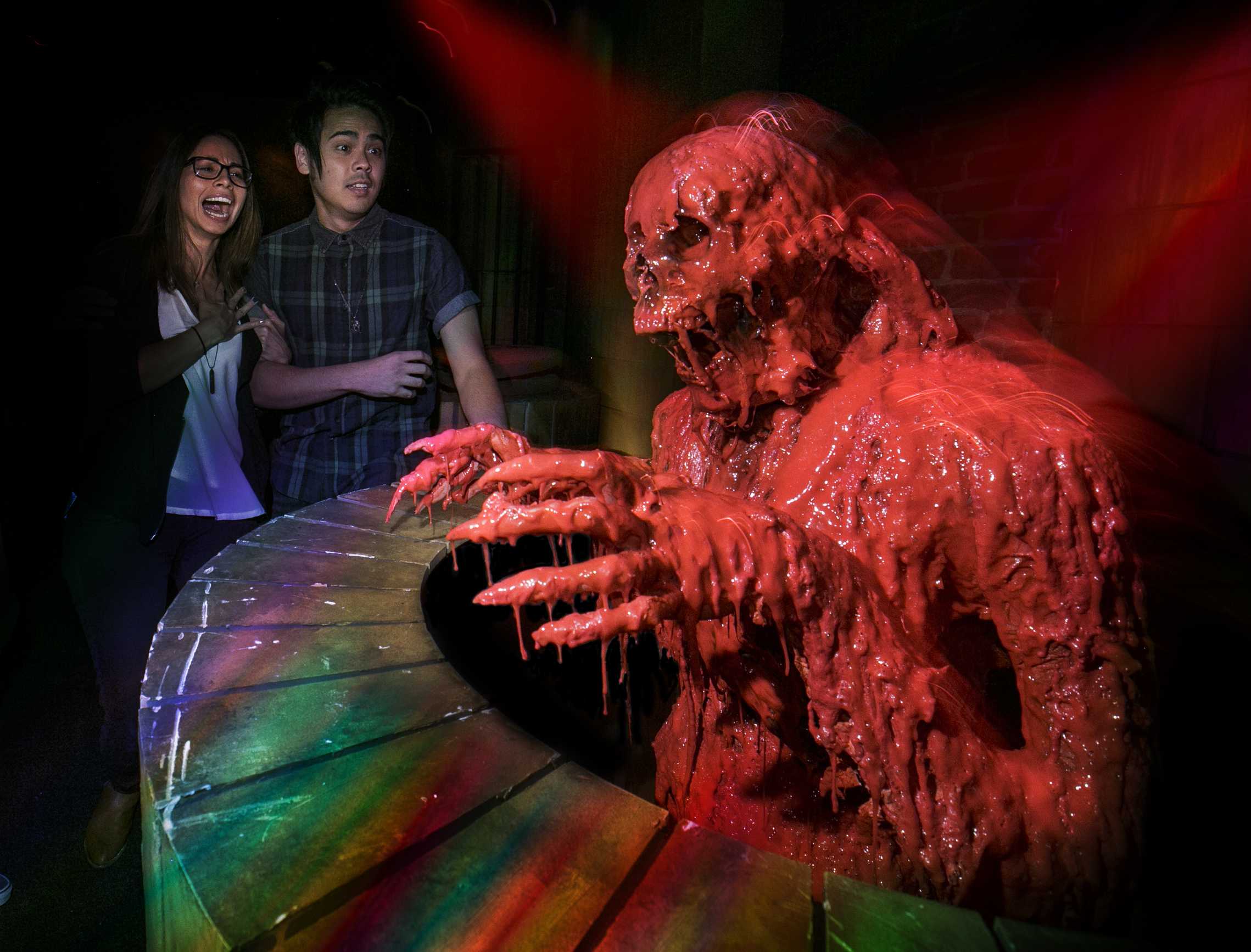 The crisp, hot California air is filling our lungs as we give a hearty, sweaty hello to October! We’re starting to see trees turn into their autumnal red and gold colors, and with a new season comes a bevvy of spooky activities for those who are brave enough to face them. If not, we got stuff for everyone!

For those who aren’t enticed by scaring the life out of themselves and their loved ones, here’s something nice and autumn-themed but without the spook. Tina’s pumpkin patch is a cute little attraction that has a lot of animals to pet, good food to eat, a hay maze and some good times.

Professor of sociology Victor Shaw has recently completed a research study of the practice and culture of philanthropy in contemporary China – where organized philanthropy as we know it in the U.S. is still a new development. Shaw did site work twice in China for this research, supported by a grant from the HIRI Nonprofit Research Fellowships endowment at CSUN. Shaw also will briefly discuss his findings as they relate to Chinese philanthropy in Los Angeles.

Confronting the Limits of Power: American Jewry during the Roosevelt Era

Steven Windmueller, Ph.D, Rabbi Alfred Gottschalk Emeritus Professor, and a few others will be discussing American Jews political hardships an dillemas during the Holocaust. This talk will look into how the Holocaust may have altered Jewish culture, Jewish politcal behavior and much more.

Far from those kid-friendly rides through a pumpkin patch, this hayride unleashes all sorts of demons, and bogeys on Griffith Park. It’s an actual hayride—a long one—paired with a “scary-go-round” for wee ones (and ‘fraidy cats), a number of scare zones and a pitch black maze filled with “demons and maniacs,” and probably lots of frisky teenagers. This year’s theme, “Boogeyman,” drags attendees through a trail of nightmarish characters. From

Performing songs off their latest release “Fools,” Wildchild will grace the El Rey and will include a performance of their hit “Pillow Talk.”

“A comic cast of unlikely characters are stranded in an Alpine hotel as borders close and WWII looms,”according to the Mike Curb website. Pulitzer Prize-winning play author Robert E. Sherwood has been used by CSUN and will something fun for those who want to go to the thea

Spookiness abounds as we near this time of year. Universal city always has frightening things going on. From horror movies, to their new “3D mazes”, if you’re looking forward to getting scared, head over. For those fans of the “Walking Dead,” or of the sadly-cancelled “Silent Hill,” creators and shows alike, there are mazes and scary things based on them and made by the artists themselves.

The only thing better than a haunted attraction is a haunted attraction on a giant boat. You’ll find all the usual horrors here—fog, mazes, and monsters—as well as a vintage Ferris Wheel and a full bar. What sets Dark Harbor apart is its use of its surroundings; the dark, cramped confines of the Queen Mary are already pretty spooky even without monsters—just be prepared to climb a lot of skinny staircases.

For those who have been, South Pasadena is a quaint, quiet town with nothing to fear. However on this night, all who enter this abandoned school will be subjected to a horrors that words can’t describe, only helpless, tortured screams can.

Every year Knott’s is known around these parts to go the most all-out in their Halloween activities. Just walking through the park after dark is a risk you take to get super spooked. With dozens of mazes, Halloween themed food, and people running up to you with chainsaws, this will be something fun to be spooked with.

Boo at the Zoo!

Although humans are the scariest creatures ever, animals can be pretty spooky themselves too. Ever walk into a pitch-black room with spiders? Well this isn’t that. The LA Zoo is putting on their Halloween costume and having special events during their boo at the Zoo! Special crafts, food and activities for all ages!

Similar to Tina, Mr. Bones is having his own pumpkin patch. Complete with rides, face painting, food, crafts and many other activities. No matter how old someone gets, they are never to old to get their faces painted.

A beautiful, light show that is made up of six videos and “one installation” according to the LA Weekly. This looks to be a nice taste of very tech-related art and a show that will be something to record on some form of tech.