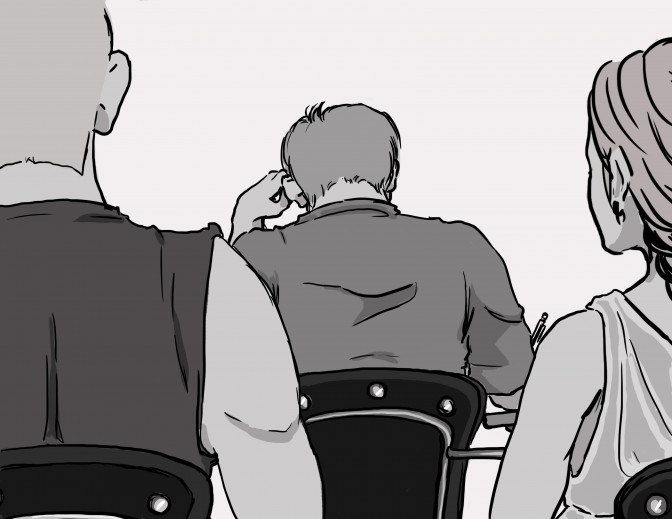 Standardized tests aim to provide accurate snapshots of a student’s achievement and new results released from the Department of Education early in September reveal only 44 percent of students scored at grade level or better in English, while 34 percent did so in math.

However, for the Los Angeles Unified School District, the second largest school district in the nation, the numbers were much worse, with scores of 33 percent in English and 25 percent in math.

So the question arises: is there a correlation between the test scores and the number of students applying and admitted into college?

Nick Alexander, assistant registrar from admissions and records, said that he does not think this is affecting college admissions and added that the school sees record breaking numbers of applicants every application cycle.

“With the numbers going up every year, not only are we getting a larger volume of applications, but the number of those that are eligible for admissions have increased as well,” Alexander said. “As a result, the campus is moving toward impaction.”

Impaction is the process campuses use when they have more student applications than resources, either for a particular major or for the whole campus. CSUN is adjusting admission requirements with an intent of reducing enrollment one percent per year for the next four years.

According to the CSUN Office of Institutional Research, enrollment has been increasing over the past five years. In 2009, student enrollment was 35,198. CSUN had 41,548 students enroll this semester, the highest number for the campus.

Alexander said that first-time freshman can only be admitted if they meet certain eligibility requirements. These requirements include meeting the A to G subject requirement list with a C or better, an SAT or ACT submission, and a combined score of SAT and GPA that meets the eligibility index.

“Despite the fact that test scores are declining, we are seeing a tremendous surge in qualified applicants at CSU Northridge,” Alexander said. “So much so that we are going to be impacted for the next application cycle.”

However, for some students, it hasn’t been easy to stay in the university system after being admitted.

“My friend dropped out due to lack of motivation,” said 23-year-old business management student Freddie Alvarez. “He was from the same area code and lived in Panorama City when I had Math 103.”

Brandon Coria, a 24-year-old CSUN graphic design student, said that he had a few friends who had to drop out of school because of the workload and overwhelming stress.

He explained how his friend struggled to keep up with her workload which led to emotional stress and psychological anxiety.

“She wanted to graduate and was almost there, but because the school let her go, she was unable to get back into the college — or any college for that matter,” Coria said. “She did, however, manage to finish her studies and graduate from the college, but only after struggling and pleading or begging to get back in.”