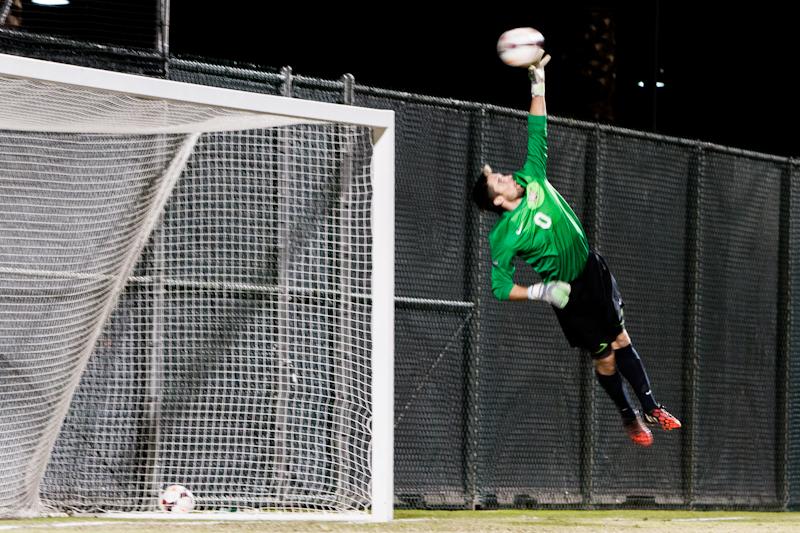 In a game where their defense was under siege, it was actually the Matadors who were the aggressors up front in the first half.

CSUN actually took four of the first five shots over the course of the opening 30 minutes of the match.

Then at the 37-minute mark, junior midfielder Nicholas Camacho was able to connect with sophomore forward Jeremy Degraffenreidt, to give Degraffenreidt his first goal of the season and the Matadors a 1-0 lead heading into halftime.

However, coming out of the locker room, the teams seemed to switch roles with the Aggies becoming the far more aggressive offensive team.

The Aggies had almost as many shots in the second half (10) than the Matadors did all game (11).

However, the Matadors defense, and particularly senior goalkeeper Adam Hobbs, stood firm for most of the period, with Hobbs having five saves in the half.

But with so many opportunities, the Aggies broke through in the form of a 54th-minute goal by sophomore forward Evan Barrett.

Following the goal, UC Davis kept the pressure on for the rest of the period, attempting eight more shots, but the Matadors withstood the attack and allowed no more goals.

With the game tied after two periods, the game went into two overtime sessions where the Matadors offense was completely taken out of the game.

As the Aggies continued to attack the CSUN defense, taking five shots in both overtime periods, the Matadors only mustered one in that span.

But again, Hobbs was spectacular, adding another five saves in extra time, to preserve a draw.

Although the result may not be what the Matadors wanted after losing their first two conference games, a draw is an auspicious end to a game in which CSUN saw their offense disappear in the second half.

The Matadors continue their search for a conference win when they travel on to Sacramento to play the Sacramento State Hornets at 4 p.m. on Sunday.