The Matadors leave the islands with a second straight loss 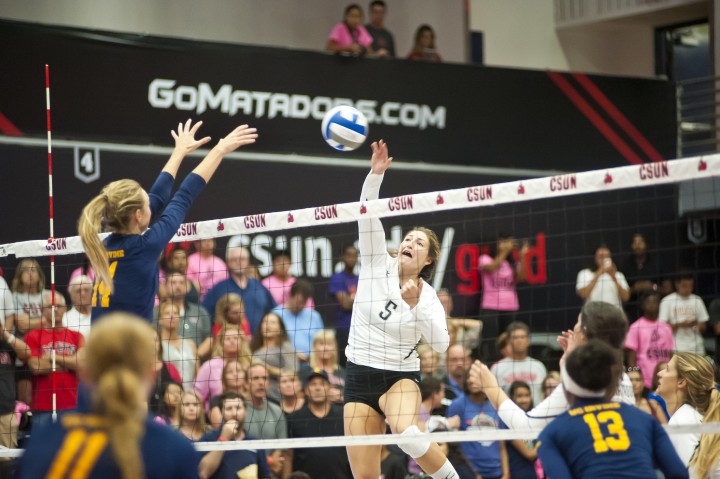 After a strong start to conference play, the Matadors have dropped their last two games in unimpressive fashion. Photo credit: David Hawkins

The Matadors were able to take the first point of set one with a kill from red shirt freshman opposite hitter Nada Dragovic, but the Rainbow Wahine quickly answered with a five point run. With the score at 11-12, back to back kills from freshman outside hitter Aeryn Owens pushed the Matadors to a temporary lead, but Hawaii soon took it back. CSUN was able to keep it close, but another five point run from Hawaii at 16-15 sealed their victory.

Set two had both Hawaii and CSUN trading points. By 9-8 the Matadors were able to emerge as the leaders of the set but, once again, the Rainbow Wahine took back the lead with a five point run. Hawaii pushed their lead to 10 by 21-11 and only allowed four more points for the Matadors before claiming set and match victory.

During the final set, CSUN found themselves with a five-point deficit before 10 points (6-1), and it took until 19-15 for the Matadors to pull within four but the Rainbow Wahine denied all hopes of victory from here, only allowing CSUN to bring in one more point. The Rainbow Wahine emerged victorious at 25-16.

Leading the Matadors was senior outside hitter Cieana Stinson (.280 on 25 attacks) and Owens (.273 on 22 attacks) with nine kills each. Dragovic added five kills and seven digs.