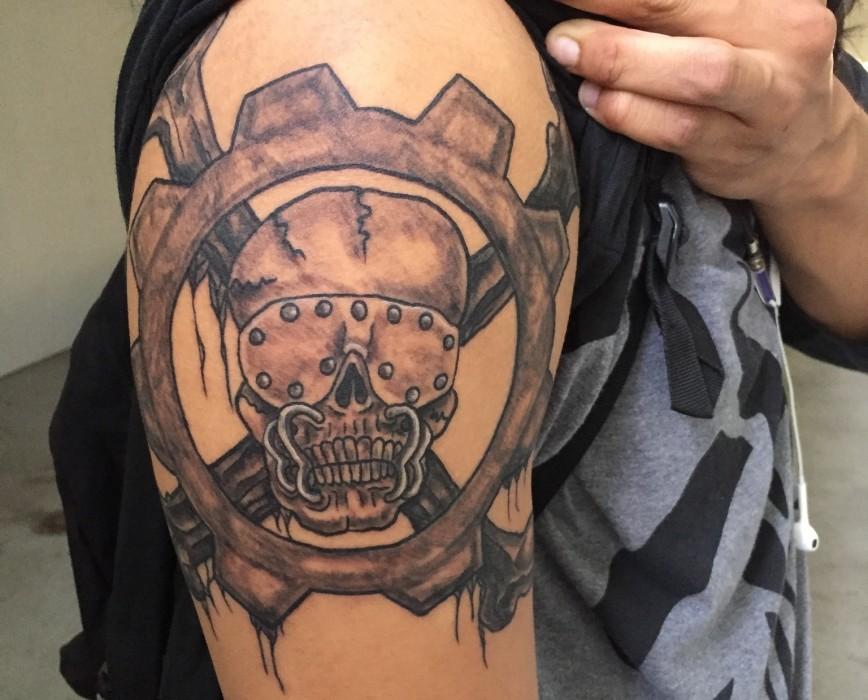 A close up of Francisco Serna's first tattoo, which he had done three weeks ago in downtown Los Angeles. Photo credit: Julissa Vasquez

After having gotten his first tattoo three weeks ago, 20-year-old CSUN psychology major Francisco Sernas made sure his design has a strong meaning behind it.

It is a mixture between Serna’s favorite band, Megadeth and favorite video game, Gears of War. The tattoo was done at the Crimson Unicorn Tattoo Parlour, which is located in downtown Los Angeles.

“The band means a lot to me, more than anything,” said Serna.

He took the band’s symbol and combined it with the symbol of the video game because for him it stands for strength and courage, which according to him is needed to play the game.

“One of the games actually made me cry because of the ending where one of the characters dies,” said Serna. “That has meaning to me too”.

Serna wants more tattoos in the future and already has his eyes on a Stormtrooper from Star Wars.