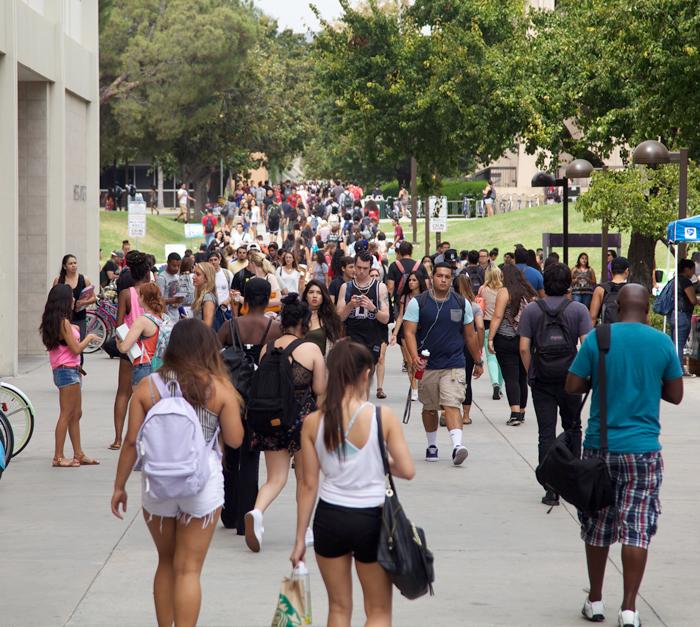 CSUN will make a change in the way it attempts to communicate with and educate male students in particular, about sexual assault.

The campus peer-education organization, Project D.A.T.E, focuses its efforts on acquaintance or date rape prevention, and will form a new, male-focused group called Men CARE. This group hopes to provide a safe and open space in which men will be able to discuss the issue of sexual assault and the confusions that might arise out of certain situations with women.

Focusing on different areas, Men CARE, which stands for Creating Attitudes for Rape-free Environments, will operate within Project D.A.T.E., and will have optional education or awareness classes specifically for men but will not replace any current educational efforts on behalf of the school.

It will be run by Dr. Mark Stevens, who might be best known for his former role as Director of Counseling Services for the university but has since taken over a full-time faculty position as a professor in the College of Education Psychology and Counseling.

Stevens has also implemented a Men CARE entity at the University of Southern California.

Until now the CSU’s approach has focused the majority of its efforts on educating women on prevention and self-defense as well as providing assistance for victims of sexual violence. But it has not, until now, been able to focus on prevention education for future perpetrators.

“Men CARE will be an on-campus coalition of men that addresses how to reduce male socialization around this issue… we are trying to do more than just create awareness, we are trying to decrease tendencies that men and campus culture can help create,” said Shaheh Shabanian who is a final year graduate student in social work and is the Prevention Education Specialist with Strength United.

Shabanian is also developing the curriculum for some of the workshops the new organization will provide which, shows the university’s attempt to reach out specifically to male students who wish to dialogue about issue of consent.

Working closely with Dr. Stevens, Shabanian is in the process of developing workshops that will be fostering discussions surrounding men, sexual desires and women.

The program will also provide victims with support through services like those offered through Strength United and University Counseling Services, for medical and psychological care as well as minimal discussions with men in the about sexual assault and consent.

The university also tried to educate students on the issue of consent through the mandatory, online Agent of Change training program which students had to complete in order to prevent a hold from being placed on their student account barring them from registration.

“I think we’ve always realized that [focusing mainly on female prevention education] is an issue,” said Susan Hua, the CSUN Title IX Coordinator and the Director of the Office of Equity and Diversity. “Looking at the… data and knowing that the majority of perpetrators are male, the majority of perpetrators are someone that you know… knowing that this is an issue, this is another way we are going to tackle [it] as a preventative measure.”

Professors can request Hua to come visit their classrooms to talk to their students about how to dialogue for consent as well as other sexual violence concerns. The Men CARE organization will be rolled out in full for the spring 2016 semester.

Men CARE is currently looking for men in leadership positions on campus. Anyone interested can contact Shabanian at MenCare@StrengthUnited.Org.

Stevens feels confident that Men CARE could become a powerful tool for change via education and discussion.

He is also convinced that Men CARE will be able to make a positive and long-term difference in the way men who make the choice to engage in discussions might ask and attempt to answer some difficult questions in safe men only spaces.

“Things like sexism and racism aren’t going away and we’re going to be in [the fight] for the long haul,” Stevens said.