Brush past the scandals, and let’s get on with it! 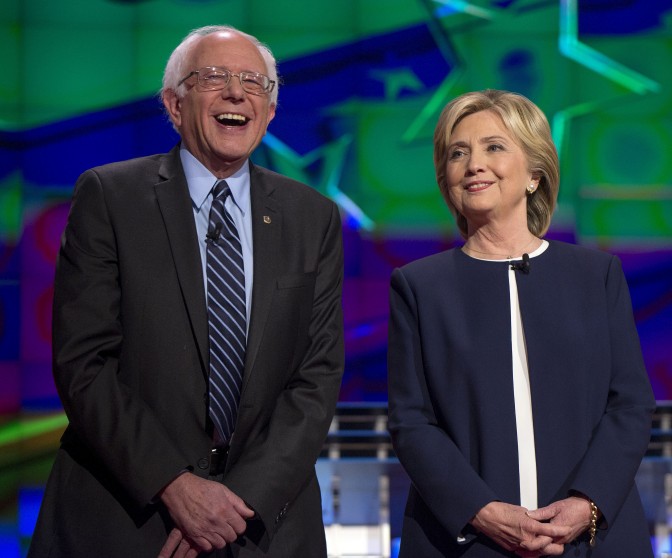 There are nights when you have too much to say but you don’t really know how to start out. This Tuesday night was no exception.

As expected, Clinton and Sanders took all the ovations as the other candidates just took quasi-cheers from the crowd. But there was more than a standing ovation for Sanders and Clinton. The debate itself was solely between them.

As a college student, it was very logical that my concern, and the inevitable point, during the entire debate was how each candidate would approach the issue with college tuition and education in general.

“I seems to me that instead of building more jails and providing more incarceration, maybe, just maybe, we should be putting money into education and jobs for our kids,” said Sanders, with a gesture of compassion.

On the other hand, Clinton offered a different solution on how to approach the situation that goes on with schools.

“I have a very heavy emphasis on paying down debt and different ways for students to do exactly that,” said Clinton. “I think my plan is really aimed at addressing the issues that I hear young Americans talking to me about.”

Sanders also believes public schools should be free, which means that many of the students would not have to work to get to school or go into debt by having to get loans.

Something that was expected that needed to be addressed were some of Clinton’s “issues,” such as the infamous emails that have been haunting the former secretary of state.

Chafee received a question from Cooper about the issues with Clinton and her emails.

“I think we need somebody with the best and ethical standards as our next president,” Chafee said. “That’s how I feel.”

After, Cooper asked Clinton, “Secretary Clinton, do you want to respond?”

This perhaps was a great moment of the debate because she did not get involved with the controversy. She was able to flip the page with intelligence and class.

But the best moment of the night was when Sanders became fed up with all of the questions about Clinton’s emails.

“The American people are sick and tired of hearing about your damn emails!” Sanders said.

Different from the Republican debate, this debate had many political issues answered. Many thought that without the presence of the elephant in the room – Donald Trump – this debate would be boring and that was not the case.

As the time passes, we still have to wait for Joe Biden to get on the boat…