Albert Hammond, Jr. returns to L.A. at the Teragram Room 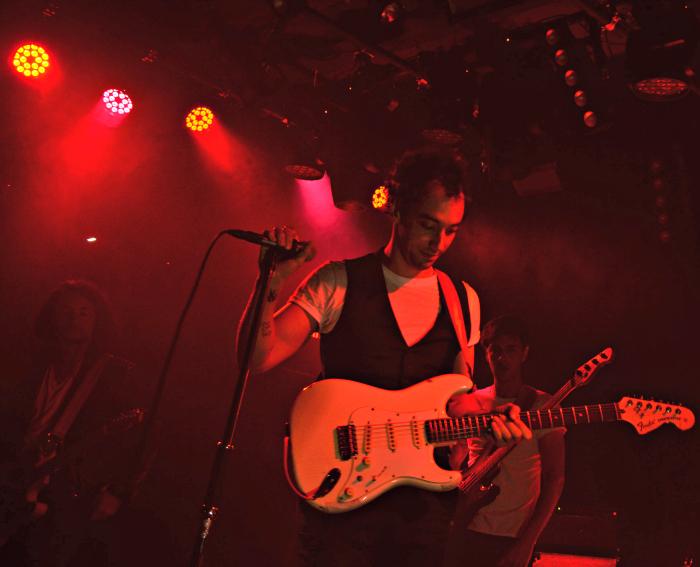 Albert Hammond, Jr. is no stranger to live performances.

The Strokes guitarist, on tour for his solo work and latest album “Momentary Madness”, stopped by the new Teragram Room in downtown Los Angeles Oct. 14, and brought his intense guitar-playing Strokes fans love along with him.

There’s no doubt that a decades worth of experience as a performer has given Hammond the edge in his shows. The music was phenomenal and the energy was so contagious, it had security guards and older men (who may or not be his fans) rocking it.

The artist has performed at hundreds of festivals and concerts, so his musical talents aren’t really a question. But what really caught the attention was not the fact that he can transfer his skills from the background of the band to the forefront, but that he can bring a level of professionalism.

When the Strokes began, they were edgy and had a garage band type sound to where fans would expect crowd surfers in the pit during shows. Hammond, Jr. surely knew from experience that this tradition would carry on to his solo shows, and in fact it did. When playing ballad-esque track “In Transit” someone found a way to hype the crowd up to the point where a crowd surfer reached the stage and embraced the performer. It didn’t happen only once.

Amidst the chaos in the pit, the performer kept his professional act going, and basked in the jumping and jamming. On a number of occasions, crowd surfers made their way on to the stage and embraced the artist. The first time was a breeze, and the surfer was taken off by security.

But the second one was able to stay up longer, attempting to take a selfie with the headliner before he took a second to stop singing, grab the intruder’s phone, and throw it back into the crowd.

Another fan pried her way onstage to get the artist’s signature on her left chest.

Though the crowd produced a weak chant to force the performer back onstage, it was enough for him to return with four more songs before finally retiring for the night.

After all that, he still kept his cool, which is a salute to the (never aging) veteran.