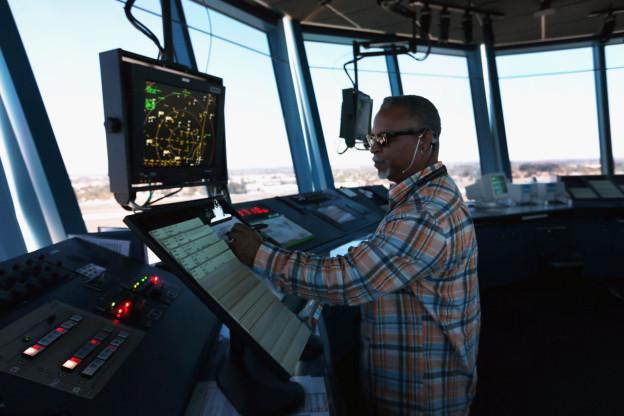 OPA-LOCKA, FL - MARCH 04: Air Traffic Controller, Robert Moreland, works in the control tower at on March 4, 2013 in Opa-locka, Florida. Due to sequestration cuts, small airports such as Opa-locka, which is a popular spot for corporate jets to land, will close its control tower in April to save federal transportation dollars under the federal spending cuts that went in to affect last week. Even though the control tower will close, planes will still be able to use the airport just without the help from the control tower. (Photo by Joe Raedle/Getty Images)

There has been a four year decline in the number of Air Traffic Controllers, with many retirements still looming.

A gap in life expectancy and income influences the amount of money received from Social Security.

Half of Americans live in areas where they are exposed to potentially damaging earthquakes.

There are 250 jurisdictions across the country that have stopped fully honoring the federal government’s request to hold immigrant arrestees beyond release dates.

A study of Chinese children finds that eighth graders performed better when they had a strategic plan for their future.