Is it the death of journalism, or its rebirth? 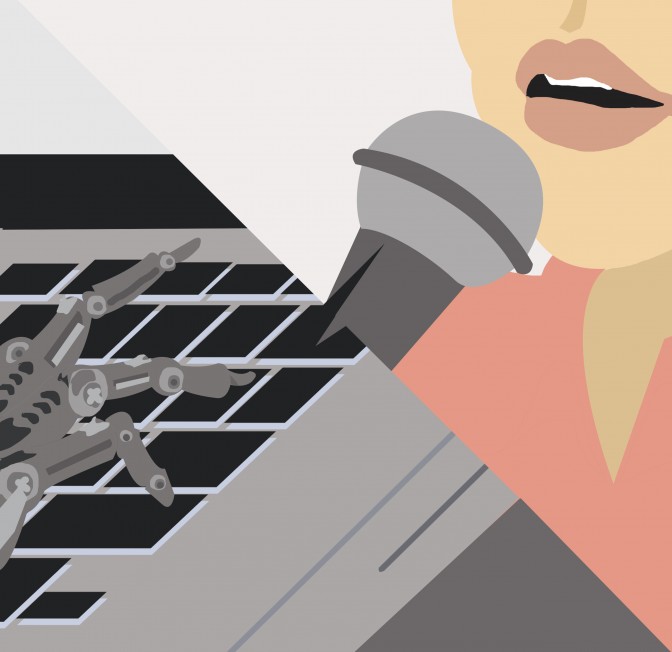 Automated journalism, the latest buzz in the news world, has gotten some people excited and others worried.

CSUN graduate student and teacher Chris Wilson, who is writing his thesis on this very subject, said newspapers are using this technique for many finance and sports stories.

According to Wilson, the LA Times has something called a Quake Bot. It’s an automated feed that generates stories on current earthquakes.

The evolution of automated journalism has frightened some people, giving them the idea that robots are taking over human work, consequently taking over humans entirely, as in classic futuristic sci-fi stories. Contrary to what many believe though these are not machines or robots, but softwares programmed by people, some of them with journalism backgrounds.

Wilson explained in automated journalism, or narrative sciences, data is collected, for example scores from a sports event, which goes through the software that generates a story based on the feed.

The benefit of this software is that it will take over stories that journalists sometimes don’t have time to take care of due to bigger and more important stories.

“[The] amount of coverage is pretty amazing,” Wilson said. “Stories that wouldn’t get manpowered gets attention. Political stories that no one wants to put the time on, a computer will take seconds to write.”

Others wouldn’t agree. Kitty Dill, a journalist, editor and public relations professional is not too happy about this new technology.

Dill’s worry does bring up a problematic factor with automated journalism. With the occupation of journalism comes the topic of ethics, what is ethical to write or publish can be very tricky in some cases. At least so far, softwares do not have the capability to make ethical decisions, a very human trait, which can be part of why automated journalism wouldn’t be able to take over all kinds of stories.

Although she agrees with the improvement of technology, Dill believes this type of technology will put people out of jobs, despite the remaining editors in the field. “I’m not hopeful about editors looking over automated stories. There will be a comfort with cutting people off for money,” she said.

Indeed, more and more people are becoming aware of where the world is going with the ever developing technology, many are going back to school to learn coding and programming, as the future of many occupations may lay in this field.

So far, however, automated journalism is controlled by private companies. Wilson said he hopes that soon the public will have a piece of the cake too.