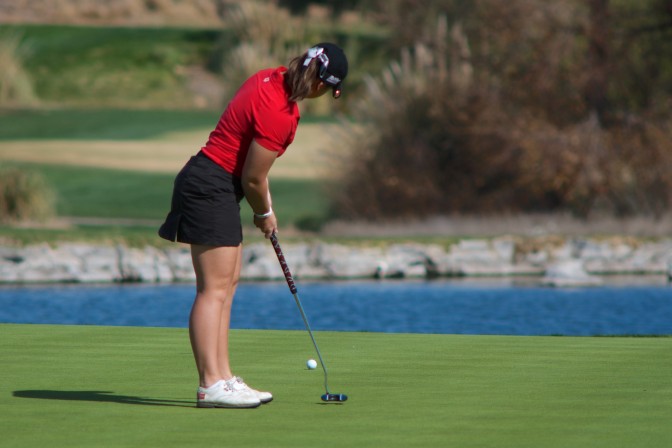 The Matadors were able to have three top-six finishers in the tournament, good for second place. Photo credit: File Photo/The Sundial

After finishing 12th in their last tournament, the Matadors bounced back in a large way in the the SCU Colby Invitational at the Silver Valley Creek Country Club in San Jose, Calif., finishing second behind the host school, Santa Clara College.

The Matadors were led by freshman Cake Phuchanbanchob who finished second in the tournament with rounds of 74, 74 and 78 over the course of the tournament.

In addition to Phuchanbanchob, junior Cesilie Hegan and fellow freshman Ysabel Tran finished in the top six among individuals.

The Matadors will look to continue their strong play this weekend, starting Oct. 24, when they travel to Arroyo Grande, Calif. to compete in the Cal Poly Lady Mustang.