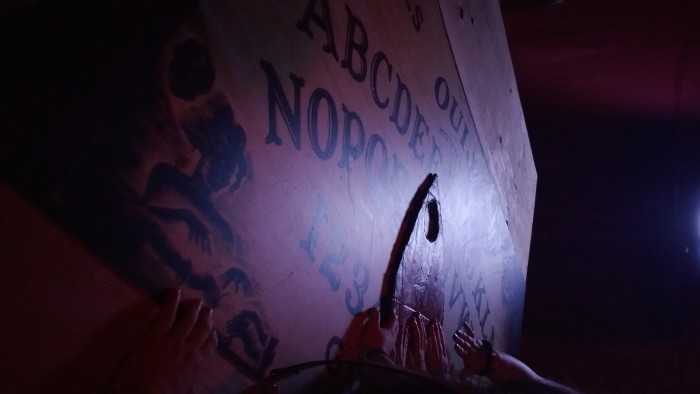 On its sixth year in business during the month of October, the L.A. Haunted Hayride has had a huge success since it started in 2009. Since then it has expanded with the help of a business investor, Mark Cuban, in 2013 from the popular TV show Shark Tank on ABC. In a season five episode of Shark Tank, Mark gave $2 million for 20% equity to the founder of Ten Thirty One productions LLC.

The founder of Ten Thirty One Productions is the creator of the LA Haunted Hayride, and former executive for Clear Channel Media & Entertainment. Melissa Carbone presented herself with a piece of what the Haunted Hayride is all about when she brought along with her some of the actors that dress to scare guests every Wednesday thru Sunday for the month of October.

According to Ten Thirty One’s website, it is a company designed to create its own version of the horror genre as it produces it live in attractions like the L.A. Haunted Hayride.

The hayride will come to an end on Saturday, Oct. 31, but it will be back on again the following year for the Halloween season. The lines for the attraction are bearable, and not as long as going to a theme park like Knott’s, Six Flags, or Universal Studios.

Other attractions that take place over the summer are the Great Horror campout, which you can find more about it on their website.

Senior business marketing major at CSUN, Henry Gonzalez says he was able to attend the event without having to wait in line since he paid for a one time VIP pass. It allows him access to each maze and the hayride for around a total of $65, which he claimed he didn’t mind paying.

“I liked the atmosphere, and the carnival type of environment that it provides such as the hayride that was more of a show than a scary ride,” said Gonzalez. “I prefer it more than other theme parks, except Universal Studios.”

Senior economics major at USC, Eddie Nevarez said he enjoyed his visit at the LA Haunted Hayride and sees it has its ‘own unique charm’ even though he hasn’t attended other theme park attractions for their Halloween horror theme to say otherwise.

Nevarez claims he is not the type of person who gets scared, but he encourages people who are easily frightened to experience all that the L.A. Haunted Hayride has to offer.

“Visuals were good there was a lot to see, especially on the actual hayride where there were many little sets with dedicated actors and varying costumes,” said Nevarez.