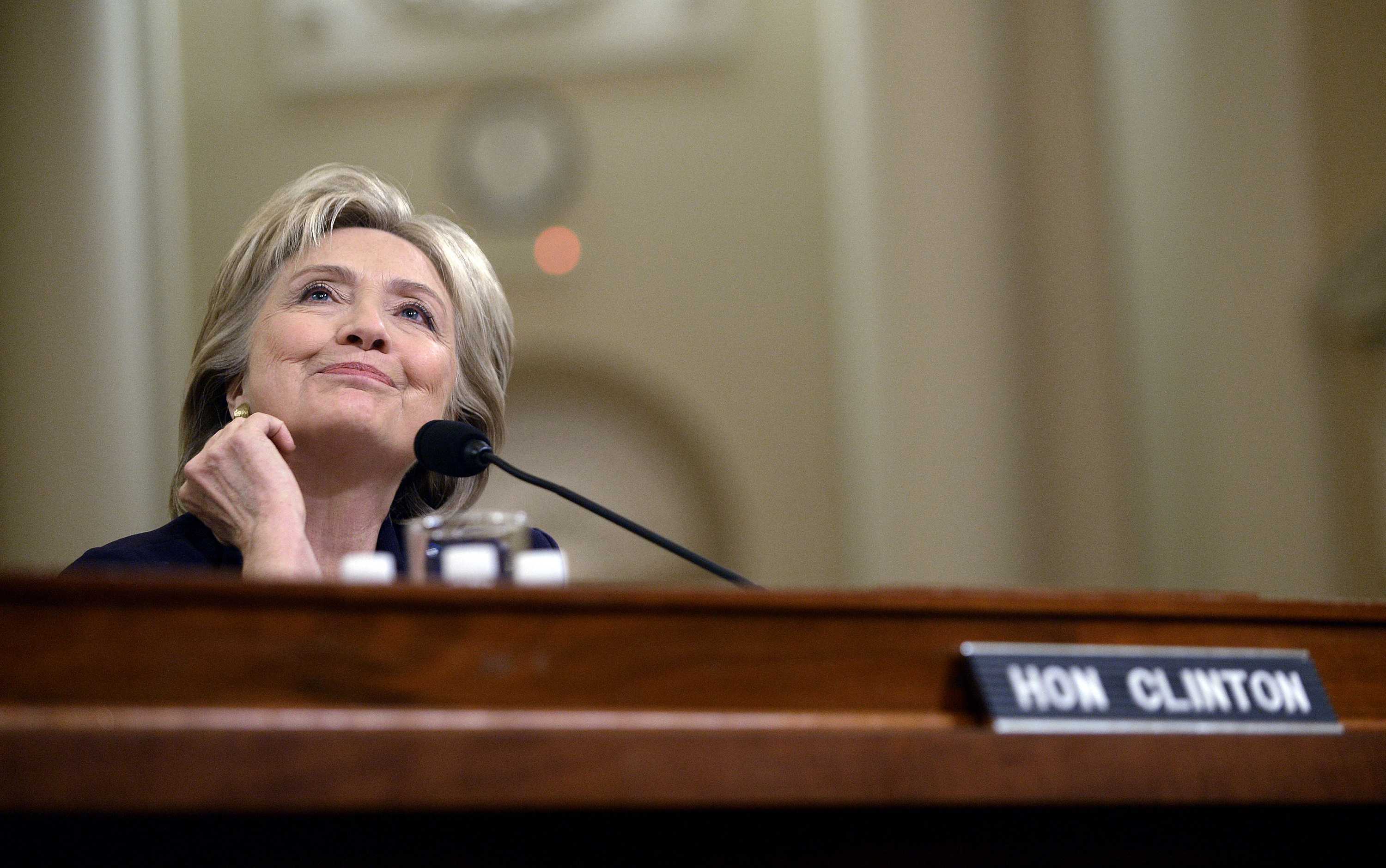 For those who are unaware:

On Oct. 22 a hearing began, questioning the competency of Hillary Clinton and the office when she was secretary of state, with regards to their handling of the 2012 attack on U.S. diplomats in Benghazi, Libya.

Two separate attacks resulted in the death of four U.S. citizens. Among the victims was U.S. Ambassador J. Christopher Stevens, whose work garnered the trust of the Libyan people, who in fact, went to the streets after the attack, condemning the perpetrators and praising the ambassador.

The hearing itself was supposed to be, according to House Select Chairman Trey Gowdy, about the victims and how their pleas were being unheeded by Clinton. The email scandal that Clinton was involved in was among the chief evidences in support of the argument that Clinton was negligent in her duties towards the deceased.

What was supposed to be a search for justice, quickly devolved into a full on verbal ad hominem attack on Clinton. After about 30 minutes, it was evident that this trial was going further and further away from the search for justice. The more I watched, the more I saw the disinterest of both parties looking at the greater issue.

For much of the hearing, the camera was focused on Clinton, so it was hard to not notice the body language she displayed. For her, the Benghazi tragedy was neatly tucked away under her bed; what stood in front of her was not a tribunal, but rather a collection of foolish congressmen who tried to focus their collective distrust on her.

She is a very cunning and clever person. You don’t gain as much power and influence as she has based only on a name. A good example of this is Jeb Bush, a man whose last name might carry even more power than Clinton’s, but who lacks all the characteristics of a leader.

During the hearing, at a moment’s notice she managed to not only solidify her stance but simultaneously discredit the opposition. The most humorous aspect of this is the Republicans discredited their own thesis.

Their claim was the trial was nothing about Clinton and everything about the victims, but then spent the majority of the eleven hour trial dishing insults and slander towards Clinton. Towards the end of the trial she gave a general retort,”It is …deeply unfortunate, that something as serious, as what happened in Benghazi could ever be used.. for partisan political purposes.” And thus, she solidified her victory in the hearing.

The statement was powerful; it secured her victory. Honestly, I felt it was a bit ironic, coming from the woman who throughout much of the hearing seemed either disinterested, bored or simply amused at the whole hearing.

Many times she made remarks such as how her decisions were based on “risk vs. reward” options, and how the attacks could not have been foreseeable because of “fog of war” or that “we thought they would be safe.” Essentially what she is stating is her decisions might have been a factor, but since it would not be foreseeable that such an attack would take place, she was not in breach of duty and, therefore, the argument that she is negligent can not be enforced because she performed within the scope of her duties.

The main subject of scrutiny I have toward her, is rather than go “better safe than sorry” and secure the lives of the victims, she chose to gamble away the lives of these people, leaving them in an unstable region with known terrorist activity with minimal protection.

My second issue is the fact that Chairman Gowdy accused Clinton of lying while under oath during the hearing. Gowdy claimed that when asked about her use of the private email server and she answered that 90% to 95% of her emails were available in the state system and this was according to the State Department. Gowdy claims that she was not truthful about where she got this percentage from and even Gowdy himself has no proof to indicate that she is lying.

Is she telling the truth? Is she lying? I honestly couldn’t care less at this point. Clinton has always been slippery with her words and alliances. During the Democratic debate she bashed Big Pharma while simultaneously having them be amongst her biggest campaign contributors. As to the credibility of her words during the hearing, I will leave that to you.

In the end, this concluded in a disaster for the Republicans and instead of their intended hindrance of Clinton’s campaign, all this eleventh-hour debacle has done is give her one less scandal to worry about.

The real losers however, were the families of the victims who instead of getting more closure, now most likely, have even more questions they want answered than before.