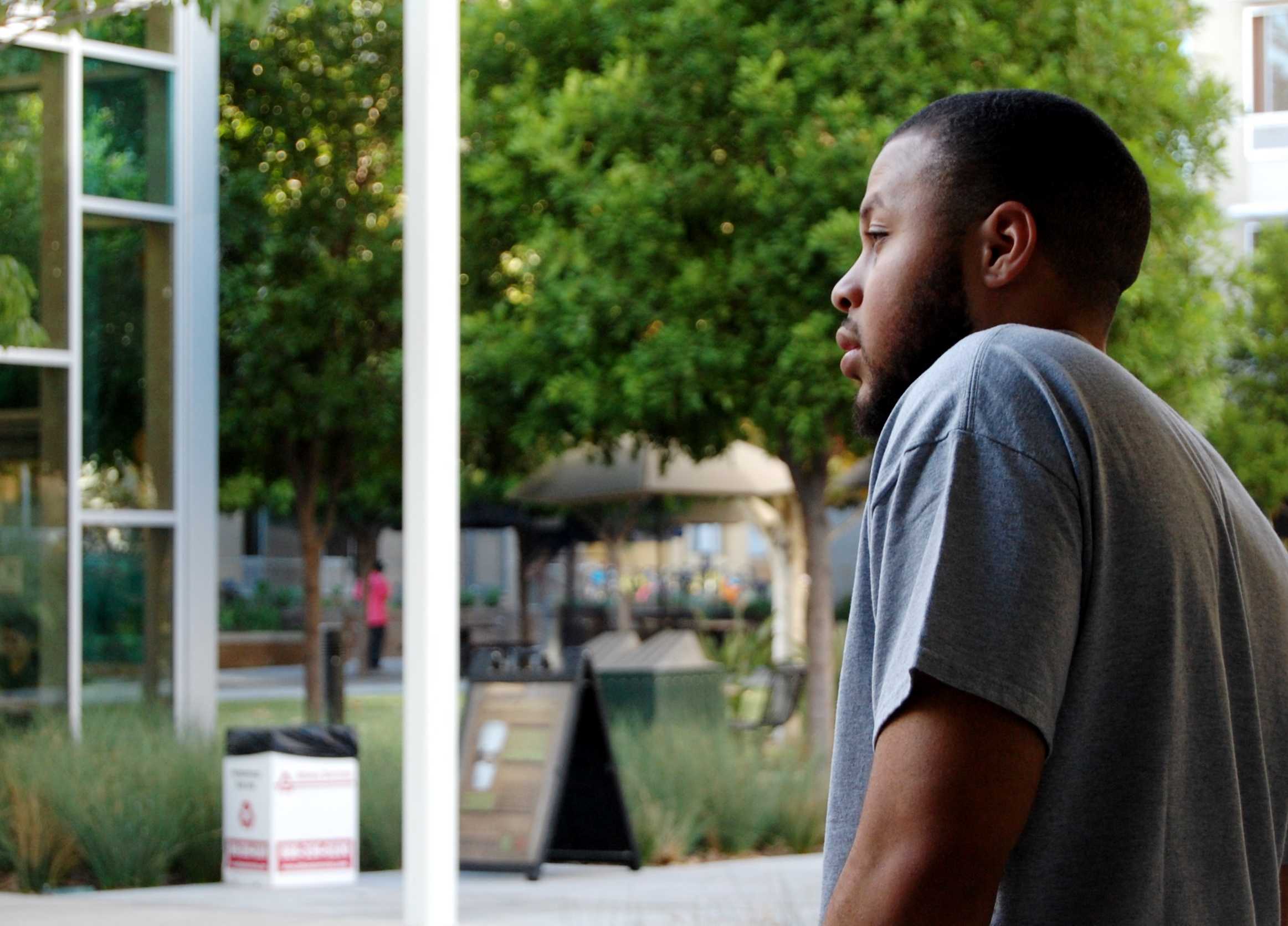 Wesley Williams, 22, is the Black Male Initiative president, a student organization that focuses on the achievement and empowerment of black males through mentorship, guidance and updates on available resources. Photo credit: Priscilla Diaz

During a time when the lives of young Black men are at the top of every discussion, CSUN seem to not want to participate in the conversation as Black male students showed less than a two percent increase in graduation rates in the last recorded decade.

According to Susan Hua, President of the Office of Diversity, CSUN is doing everything they can to accommodate its entire student population and can’t necessarily pin point what causes such low rates; saying it’s an algorithm of different factors affecting each student individually.

But according to Ma ’Ronda George, 21-year-old Africana Studies and Child Development double major, “CSUN can do a lot better as far as catering to the needs of black students,” by providing more resources for Black students specifically and increasing Black representation on campus.

When it comes to successful graduation rates of African American students, a study from the Journal of Blacks in Higher Education talks about several points. The common topics discussed include: institutionalized racism and discrimination, family and priorities, and the lack of support, representation, integration and accommodation universities provide to their students.

Institutionalized racism leads to various forms of discrimination that affect students of color and more often Black males when it comes to advancement in their education. It usually involves conservative ways of thinking that often lead to offensive actions that may be hostile.

“We have to make ourselves uncomfortable just to make other people comfortable because they don’t want to acknowledge their privilege,” said George.

Some students don’t even feel like they can speak up against injustices done to them for fear that there won’t be any actions taken.

“I’m a STEM major and there’s really not many African Americans in this field in general, so I feel like I do get graded harder,” said Wesley Williams, 22-year-old Black Male Initiative president.

When Williams attempted to express his discomfort to administration, he said he was met with even less support due to biases by the administration.

Hua affirms that with proper reporting of any incident involving discrimination, the right due process would take place and the right actions will be taken to fix the issue between student and faculty. She also clarified that depending on the intensity of the incident, the correct repercussions would also be taken.

Hua does confirm that CSUN requires all its potential candidates up for hire to be qualified to deal with a diverse vast group of students.

“We want the staff and the faculty to be responsive to a rich, diverse campus culture. In terms of regulations [a] successful candidate must have commitment, ability, and skills to interact with, teach, mentor, advice, and work with a diverse student population,” said Hua.

“It’s a matter of do they have the cultural proficiencies and competencies to be able to be responsive to a diverse student population,” she continued.

Williams notes there is also constant fear of being targeted by police and dealing with injustices solely based on the color of their skin.

“One of the luxuries I don’t have is the ability to drive anywhere without the possibility of getting pulled over,” said Williams. “As a kid I took the bus to school every day. Walking home I’d get stopped every day,” he continued.

Financial stability is often a reason for distraction in the lives of under-represented students of color. And with a lack of available resources specifically to the Black CSUN community, male students have to resort to working while attending school.

“When I go to CSUN STARS online, I don’t see any black scholarships. The first time I saw the black alumni scholarship, I was like, dang. Why did it take so long? I’ve been here for four years and I have not seen a scholarship for black students,” said George.

Not only does the lack of financial support impact the ability of Black male students to take courses but the lack of preparedness in their K-12 education also increases the amount of classes they have to take and pay for.

“A lot of these African American men come from inner city public schools that don’t prepare them, then you come in having to take developmental courses,” said Williams.

The Journal of Blacks in Higher Education said that if a university doesn’t make an effort to show the black community that they are supportive of them and takes and active role in assessing their needs, then student success rates seem to be decreasing and students lose interest.

“When Darren Wilson wasn’t indicted for Mike Brown’s murder, [President Harrison] couldn’t even speak about that to let us know as black people that Matador Patrol isn’t defective. [The fact] that’s not gonna happen here,” George continued. “Anything on black lives, I feel like she doesn’t speak on that, and I would like to feel like black lives matter, literally, at CSUN.”