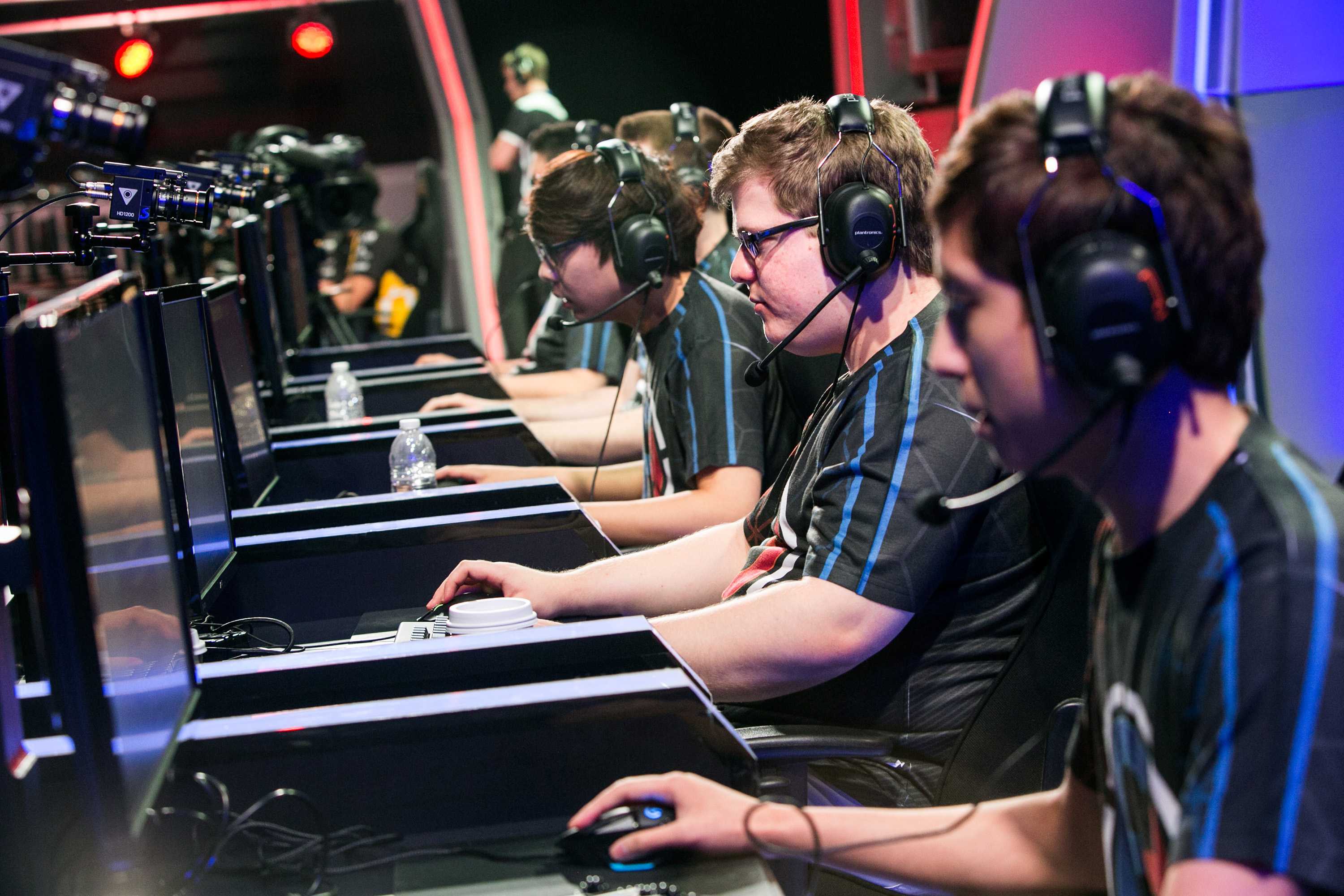 Football, basketball and baseball used to be the marquee sports, but now games such as “League of Legends,” “Defense of the Ancients 2” and “Starcraft 2” are being welcomed at the same table.

Interest has increased sharply in those games, which are classified as eSports, in the last half decade. Since then, there’s been a sharp incline in interest, as well as monetary feasibility.

Despite eSports being a new and nontraditional sport, it still garners a huge following in the sports world.

“‘If ESPN can show Poker, billiards, cup stacking or even scrabble why not eSports?'” said Raffi Kurbessoian, a junior computer information’s technology major, and a semi-professional gamer.

Involving games that have attained international recognition by over 27 million players and fans, games such as “League of Legends,” a multiplayer online battle arena, or MOBA for short, have become popular enough to hold international tournaments with prizes reaching in the millions.

The prize pool for the “Defense of the Ancients 2” international championship in August was at $18,429,613 according to DOTA2.com.

During this competition, at it’s peak the championship had “well over 2 million” viewers watching, according to Polygon.

Concurrently with the rise of eSports came the rise of Twitch, a streaming service in which gamers from around the world broadcast their gaming session live for anyone to watch and chat via text to them.

These gamers, although not directly related to MLG gamers, are called streamers and many aspire to become professional gamers.

This has become a frequent trend to having a gateway into the world of professional gaming, having a YouTube channel or twitch stream and playing while having advertisements.

Despite it’s unorthodox nature, there are thousands of gamers who compete in eSports, and who they make a very handsome living off of it and is now, especially in the U.S., making it a valid career for the skilled.

Many of the top players in the world of eSports regardless of their branch of gaming make six-figure salaries annually.

“For people who want to go into professional gaming, the prime years when you’re fastest are between 18-25 give or take,” Kurbessoian said. “Of course, there are exceptions, I’ve seen kids at 15 to 16 and adults in their early 30s playing although the people at that age are aiming to retire.”

Many colleges now have eSports teams with semi-pros as well as professional gamers within them coaching or as a part of the teams themselves.

CSUN has its own eSports club, with Kurbessoian residing as the president.

“Anyone is welcome to join the club if they’re looking for some serious gaming,” he said.

Although Kurbessoian is ranked in the top 50 players for “Defense of the Ancients 2,” he sees himself as more of a coach as he’s not officially a member of the three teams within the CSUN club.

Much like to their traditional counterparts, gamers train for hours a day and face physical stresses, leading surgeries on the tendons in their arms, hands and wrists to be able to compete according to Daily Dot.

These injuries and physical strains demonstrate that gaming isn’t all based on technology.

“‘Do you need that really expensive gear to be good?’ absolutely not; ‘does it help?’ completely,” Kurbessoian said. “It’s just like any sport, the skills come first then the equipment.”

For example, Team Liquid, a group of five professional “League of Legends” players all live in the same house and train daily as a group for eight hours straight and do individual training the rest of their day according to Business Insider.

The training consists of playing matches with other professional, playing against themselves and watching professional matches to gain insight among other things.

Just like in other sports, there is gear that professionals use, ranging from glasses, to outfits with their sponsors logos to top of the line keyboards and mice.

With all changes in the world there will always be people who resist it and won’t accept it as part of the status quo.

“We’re seeing the Staples Center, the Key Arena and huge stadiums get sold out for eSports tournaments,” Kurbessoian said.

The world of sports is rapidly changing, and as the realm of eSports grows so does the world in which it lives.

Whatever it may be, it is apparent that the current generation is gravitating toward eSports, meaning it’s here to stay.