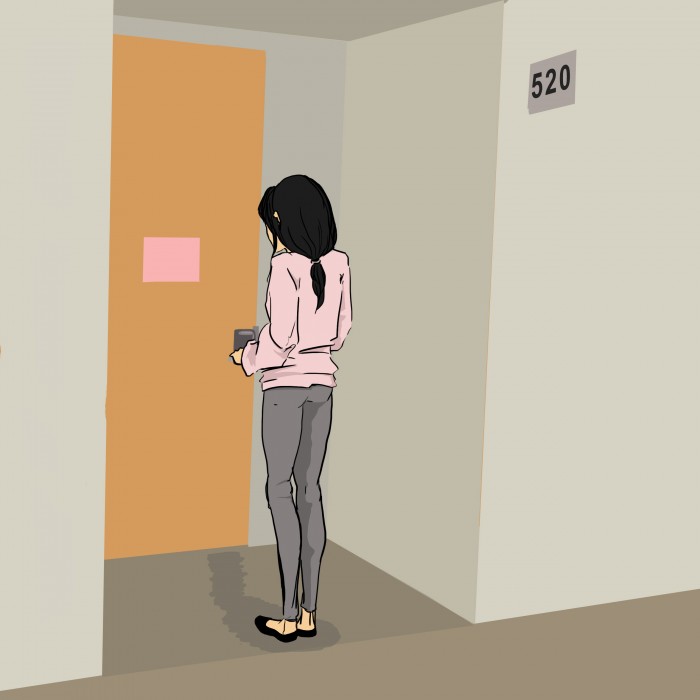 Running out of class, she made it to the bathroom just in time to vomit.

Embarrassed and still feeling nauseous and tight-chested, she pulled herself together enough to go back to her lecture class and gather her things so that she could go home early, even though there was only 10 minutes left in class.

“I thought my teacher would think I was rude for leaving that one class, so I just didn’t ever go back,” said CSUN public relations major Ashley Willison, 26, who was diagnosed with an anxiety disorder several years ago.

“I was just too embarrassed,” Willison said. “I felt like it was super obvious I was panicking.”

According to a 2012 study by the UCLA School of Public Health, “Ninety-five percent of campus psychological counseling centers surveyed in 2008 reported a significant increase in mental health issues among their students.”

CSUN’s University Counseling Services offers free crisis walk-in services and urgent care assistance Monday through Friday from 8 a.m. to 4 p.m. They offer couples and individual counseling, a variety of workshops and an on-call service for access to live counselors when the center is closed.

“If a student is experiencing distress, they can immediately walk in…and we can guarantee that they’ll be seen within about an hour for a brief twenty to thirty minute session,” said Dr. Anne Eipe, the clinical coordinator of UCS.

Campus climate can also have a formidable impact on the academic life of a student, which is also examined in the UCLA study.

“Now I wish I would have just told my teacher what happened…but my attack was so bad,” Willison said. “Even when I thought about emailing her, I started to feel tense again. I ended up having to avoid that professor, so I ended up taking a different elective all together just to get away from seeing her again.”

Willison is not the only student to have her condition interfere with class. A 2012 National Alliance on Mental Illness College Students Speak report says that nearly 73 percent of students who are living with some type of condition affecting their mental health have experienced an on-campus crisis.

Eipe, who has been at CSUN for nine years, said that she has often seen students being walked in to the urgent care service by their professors.

“If you know you’re prone to [an issue], you will want to give a heads-up to your teacher—which can be as little or as much as you want to tell them,” Eipe said.

“Taking care of oneself is of the utmost importance, so it’s ok to walk out and maybe even walk to the counseling center and we can help,” Eipe said, adding that students can always contact their professors after the fact to communicate what happened.

UCS offers access to a number of professionals who can provide psychotherapy as well as psychiatric treatments, but according to NAMI, peers can also be an invaluable source of support.

“Peer support is one of the greatest gifts to give to someone living with a mental health condition. Share ways to help and support others and yourself. Learn about anti-stigma practices and language,” NAMI says in their College Students Speak report. “There is no shame, only courage and honesty in getting help for a mental health issue.”

Initial appointments for UCS are available in-person or via phone at (818) 677-2366 between 8 a.m. and 5 p.m., Monday through Friday. Services are free to students.