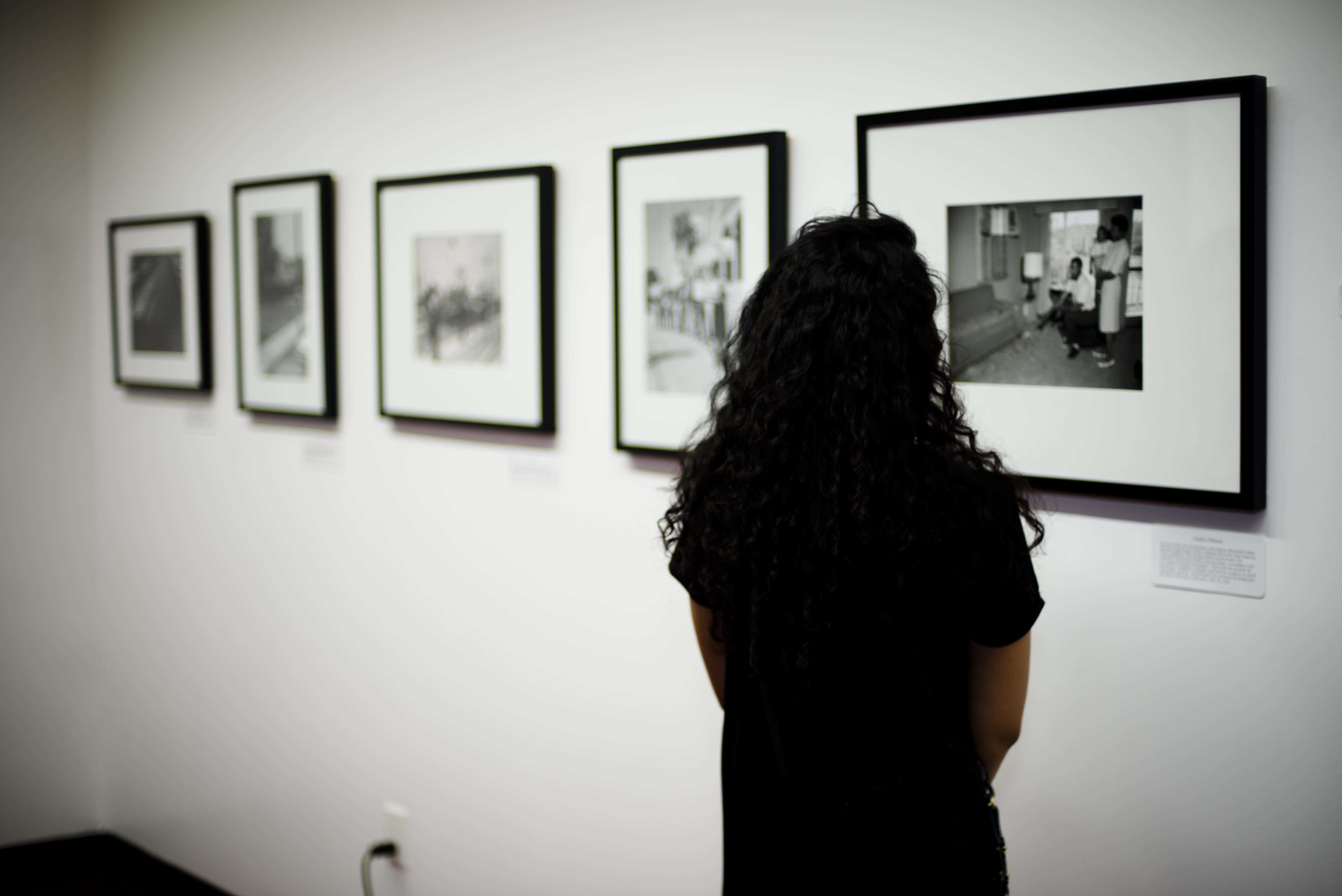 Down the narrow stairs of the basement inside the Los Angeles Methodist Church are a series of little-known black and white photographs of the civil rights movement in LA. The photographs are part of “The Civil Rights Movement Exhibition” at the Museum of Social Justice that opened on Oct. 17.

The exhibition, which will run through the end of the year, is located on Olvera Street in downtown Los Angeles and showcases the historic and continuous fight for racial equality in America with recent movements like #BlackLivesMatter.

Keith Rice, curator of the exhibition works at CSUN’s Tom and Ethel Bradley Center where he prepares postwar African American photographs into archives, some of which were used for the exhibition.

“His parents who are of Mexican descent didn’t know anything about the civil rights movement, which in context, was something I hadn’t thought about,” said Rice.

The museum, located across the historic brick-lined Mexican marketplace of “Calle Olvera” is home to street vendors and restaurant owners that attract Spanish-speaking angelenos.

“We get international audiences from different ethnic groups at the museum,” said Rice. “But people do not associate Los Angeles with the civil rights movement, they think everything was just honky dory happy but the early angelenos know it wasn’t.”

Abernathy explains the importance of teaching children the history that would have once denied them education.

“It’s not about you and me, we need students in droves to come to this museum and have them learn not to repeat this history,” said Abernathy.

The museum preparation took about eight months and everything was done in partnerships with student interns and volunteers according to Leonora Barron, director of the museum.

College interns and volunteers selected the photos, researched and created the descriptions for different parts of the exhibition with the help of Rice.

“I feel so lucky to be part of a transformative period,” said Amalia Castaneda, 27, intern and graduate student at Cal State Los Angeles. “More people are becoming aware about #blacklivesmatter and issues like the mass incarceration of people of color.”

The goal of this exhibition is to inform people about what happened in Los Angeles for the past 70 years and open dialogues about what is happening today, said Rice.

Photojournalist Lena Nozizwe, who has covered more than 15 years of demonstrations and protests explained the power of the lens.

“It’s important to record and document what people are saying and doing,” said Nozizwe. “From [anti-police brutality] protest people want accountability for policing and safekeeping on behalf the state.”

Nozizwe noted that the majority of organizers at these protests are millennials using social media to promote events and movements like #BlackLivesMatter.

During the gala fundraiser for the museum, actress and civil rights activist Donzaleigh Abernathy told guests what the opening of this museum meant.

“Here on this street, in this museum, so much history has occurred,” said Abernathy.