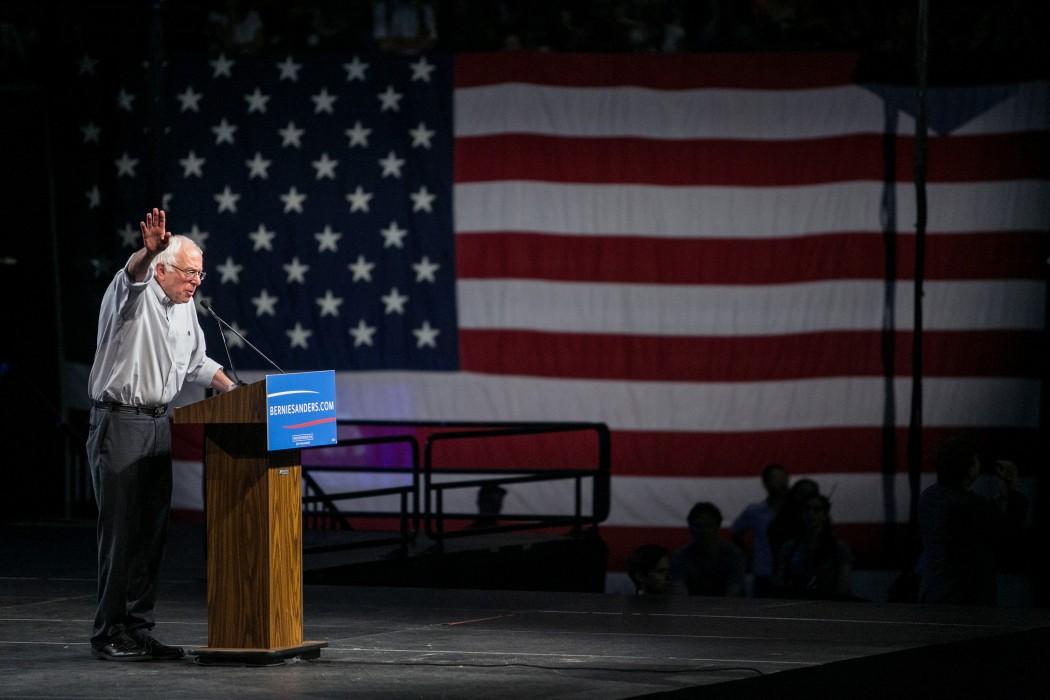 By this point, college students know who Bernie Sanders is; he’s the man that runs his presidential campaign clear of PAC money and spreads his message through grassroots campaigns.

His messages ring loud and clear: he wants to make our lives better, and he wants us to help him do this. He has done this without much reflection toward faith or God, causing people to speculate that Sanders is either an atheist or an agnostic.

Unlike most of the Republican contenders, who like to throw out their own modified versions of Bible verses into their debates and speeches, Sanders tries to stay clear of even mentioning God, let alone citing scripture. The speculation about him being an atheist might by false, but he just might be an agnostic, a person who neither believes nor has any disbelief in God.

In an interview with Linda Feldmann, Sanders is quoted to have said, “I’m proud to be Jewish.” This in itself may be a reference to heritage, rather than faith. I suggest this because he goes on to add, “I’m not particularly religious.”

As the first Jewish president or the first agnostic president [unless Jefferson and Lincoln count], Sanders would be unique, but were he truly to be a secular president, then at last we might have someone who draws a firm line, being the separation of church and state, something that many Republican congressman have long since forgotten. Just watch the first Republican presidential debate, with their repetitive references to God.

I have no quarrel with religion or religious politicians. However, a person that has as much power as they do, with power over the strongest and most influential country in the world needs to tuck away their faith-based bias for the good of the country and the world.

Secularism works, just take a look at the Enlightenment. During the Enlightenment era, we had the Industrial Revolution, advancements in science and philosophy and countless inventions made during this time. The standard of living drastically improved, and so did education. There was a reason that our forefathers wanted a separation of church and state. They looked at Spain, France and [particularly] England, the superpowers of the time, and saw that when one mixes religion and state, one gets a unstable country.

Although we have gone far to alienate certain religious groups and persecute them in the United States, we do have a history of religious tension with a secular government that could help diffuse this problem. Instead, we have our representatives fighting to teach religion [mainly Christianity] in public schools and telling women what they can and can’t do with their body by trying to pass anti-abortion legislation.

The mixing of politics and religion has led to nothing but strife. The truth of the matter is, both religion and politics “co-corrupt” each other when they intermingle. Politicians often misquote or even outright edit scriptures to their own ends because they know that many Americans are religious to one degree and another, and even bringing up the speaking structure of “This is a quote from ‘scripture,’ you should agree with it, and thus agree with me.”

Most people aren’t the fact-checking kind so what they hear is what they interpret. At the same time, politics became distorted by religion on the same scale. Because of religious questions, we have legislature that is stalled and fails to be pushed forward one way or another. Questions such as marijuana legalization and abortion have somehow gotten themselves mixed into a question of religious morality rather than practicality and logic.

It is time to admit that the Constitution we hold so dear must be upheld. Thomas Jefferson set the groundwork in the Virginia Statute for Religious Freedom for the Constitution’s separation of church and state, which is still needed for the betterment of our country and its people.